Poetry in motion: Stunning images of skateboarders in Dubai

What’s On team up with Hype to profile Seb Porter, a photographer in Dubai who has a keen interest for skateboarding in Dubai and the skateparks in Dubai.

“Unfortunately I was never very talented at skateboarding. It’s a seriously difficult sport and I struggled with even the most basic of tricks.” So laughs 17-year-old student and budding photographer Seb Porter, whose striking images of skaters captured mid trick are nothing short of breathtaking, exposing the skill associated with this once frowned upon sport.

While he may not be the best on a board, Seb has struck up a great relationship with Dubai’s skater community, frequently visiting Tashkeel Skate Biladi and photographing his skater friends around town. Photography, it seems, is something that comes a bit more naturally. 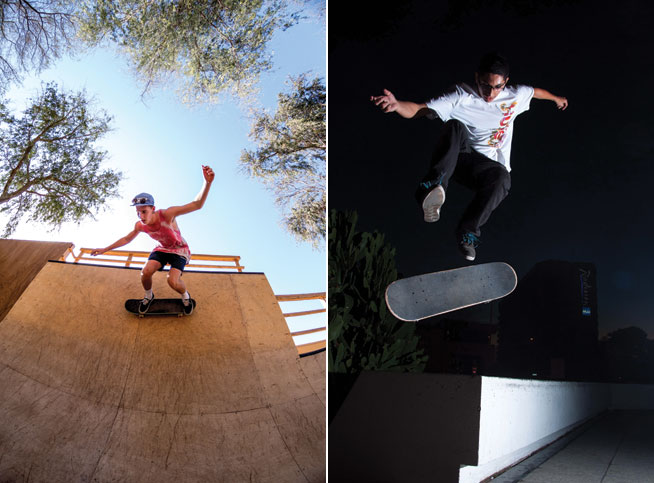 “My family bought a Digital SLR camera on Dubizzle, which was intended to be ‘a family camera’,” recalls Seb, who’s originally from Yorkshire in the UK but has spent 14 years growing up in Dubai. “I was influenced by photos and photographers I found online and just kept taking photos wherever I went – even of the most mundane and boring subjects! I really admire Steve Mccurry’s portraits and Daniel Cheong, who is a famous landscape photographer in Dubai. Their photographs are truly mind-blowing. On the sports front, Chase Jarvis has some pretty rad photographs. I love the way he lights his subjects using off camera flash.

“Slowly, I developed technique and basic knowledge in taking good photographs. I learned the basics of manual settings and from there improved on my composition, lighting techniques and eventually I upgraded my camera. I now own a Nikon D800, which is my baby, along with a vast collection of lenses. My presence online has also grown with the help of a few friends and through networking in Dubai. Now I regularly do jobs for people that have discovered and admired my work.” 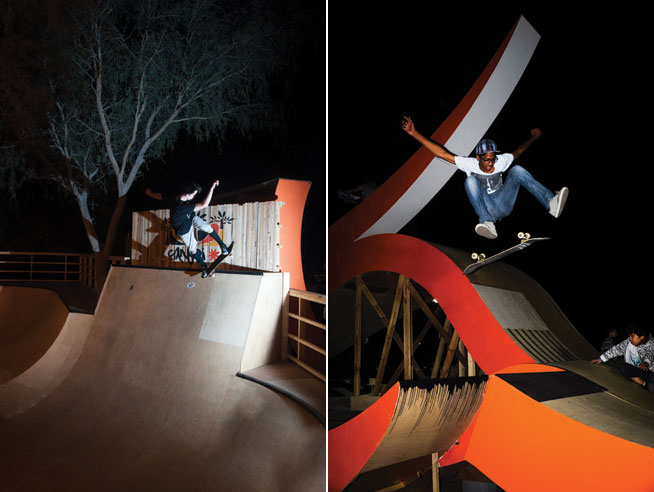 We reckon Seb, an A-level student at Jumeirah College, is too modest. Previous work has included a shoot for Adidas Originals, while he’s won several photography competitions in the region. He’s set up a small printing business to cater for customers who want to purchase his prints on canvas and some of his landscape photographs have sold well at charity auctions.

When it comes to his landscape shots, Seb says: “There are obviously the two main landmarks of Burj al Arab and Burj Khalifa if you want those touristy photos. But I go everywhere and try to photograph Dubai from an angle no-one else has seen. I’ll frequently go up high and sneak onto rooftops, which is usually a bit risky but ultimately rewarding.” 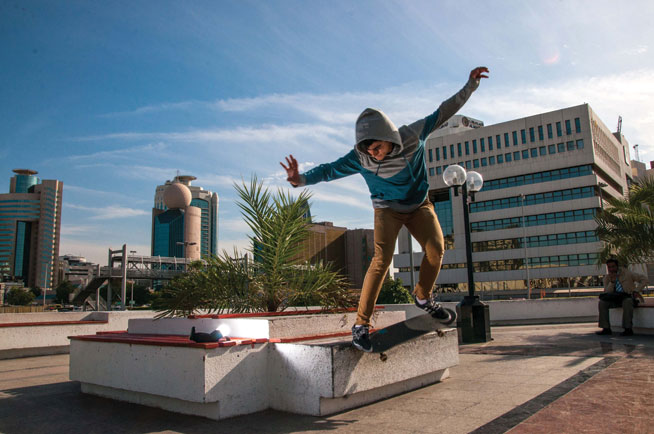 Back on the sports tip, Seb says he’s more of a snowboarder than a skater. “I find snowboarding much easier,” he confesses. “Ski Dubai is fun to visit once in a while for that, but I usually go to France each winter and snowboard in Avoriaz. I’ve photographed friends and other skilled snowboarders there. However, I’ve always been interested in the skateboarding community in Dubai.”

Bursting with essential nightlife in the Emirates, it is at the cutting-edge of the UAE’s burgeoning club and music scene. The region’s only dedicated weekly music magazine, Hype is at the heart of the action and in the middle of the dancefloor. Packed with all the latest clubs, events and local music news, interviews and features, it’s the only magazine you’ll need for a great night out or the lowdown on that must-do festival, gig or club.To find out more, visit the Hype Facebook page.

Or you can download the digital edition by clicking right here.

Art
Culture
Nightlife
Outdoor
Sport & Fitness
EDITOR’S PICKS
Here's the full list of UAE public holidays in 2023
READ MORE
23 incredible things to look forward to in the UAE in 2023
READ MORE
Hidden gems: 10 UAE desert pop-ups to discover this winter
READ MORE
Where to travel in 2023: 10 new flight routes from the UAE
READ MORE
MOST POPULAR
The Wizarding World officially comes to Dubai
11 homegrown UAE restaurants that have gone global
13 new brunches in Dubai that will spice up your February
You can now tour these 12 ladies' nights on Yas Island
Sweep your special someone off their feet at TH8 Palm Jumeirah
YOU SHOULD CHECK OUT
Our website uses cookies and other similar technologies to improve our site and your online experience. By continuing to use our website you consent to cookies being used. Read our privacy policy here.