ABU DHABI
Heading to the capital? Why not check out our list of the goings on over there – you might be surprised.

SPANISH BEEF
Carnivores with a taste for Spain can now enjoy Iberico Spanish beef at steakhouse M’s Beef Bistro. A sought-after delicacy, Iberico beef is dry-aged to enhance the flavour and texture of the meat. It joins other international cuts on the menu. 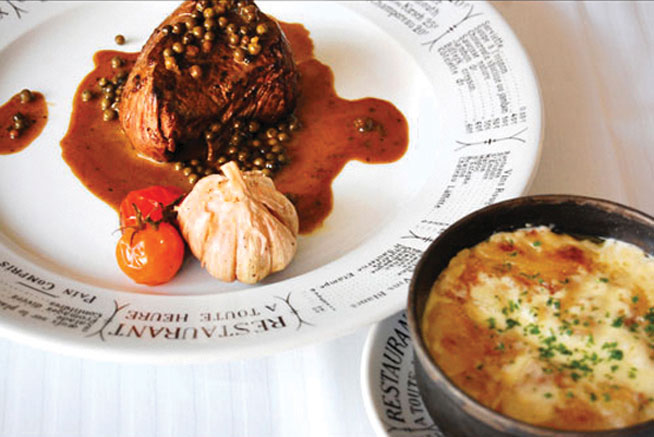 ABRI & FUNK RADIUS
One of the most influential gatherings of musicians in the Middle East, Abri & Funk Radius is a group of regionally renowned artists who come together to hit the Dubai music scene with captivating performances of funk, rock and blues. They play every Thursday at Jazz @ Pizza Express in JLT. Add to your to-do list 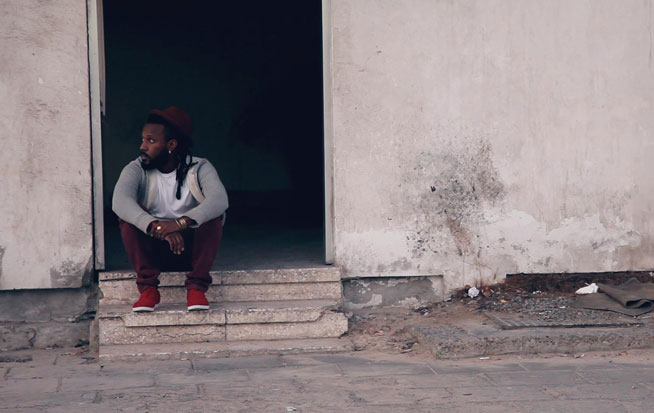 CHECK OUT NEW ART
A new artistic tribute the Arabian camel has been in unveiled in Downtown Dubai. The three life-size bronze sculptures are the work of Donald Greig and have been placed in the heart of the area, next to Souk Al Bahar and alongside the iconic Dubai Fountains. The project took a year’s hard work – eight months to create the sculpture and four in the foundry – the result of which are three individual pieces standing at 3m (adult), 1.9m (calf) and 1.3m (laying), and weighing in at a combined 800kg. Read more about it here.

IZAKAYA
The chorus of ‘irasshaimase’ from the staff as you walk in to Izakaya will ring bells with anyone who has visited Tokyo. The staff’s Harajuku Girl-inspired outfits are fun too. Lively and social. There’s a lot to look at in Izakaya, from the occasional bursts of flame from the teppanyaki station, to Wasabi Girl, who patrols the restaurant in a neon green wig doling out fresh wasabi to diners. 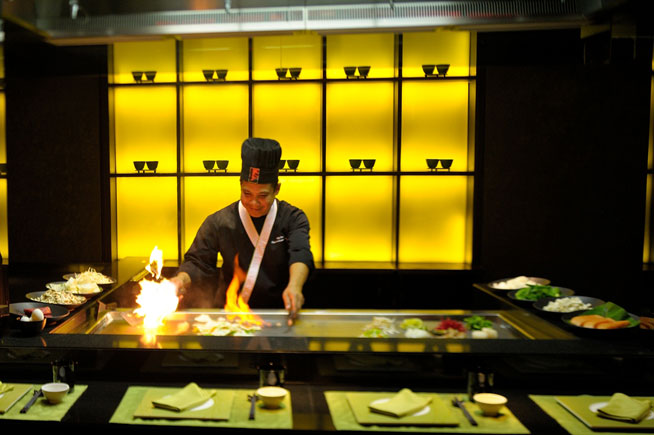 SLAPFISH
This has to be the least shack-like ‘shack’ we’ve ever seen. Slapfish’s fresh red and white interior is spacious and modern. It has speedy service and friendly staff, but the shopping mall food court location means it inevitably lacks real buzz. It’s perfect for a quick lunch, or a casual pre-cinema dinner. 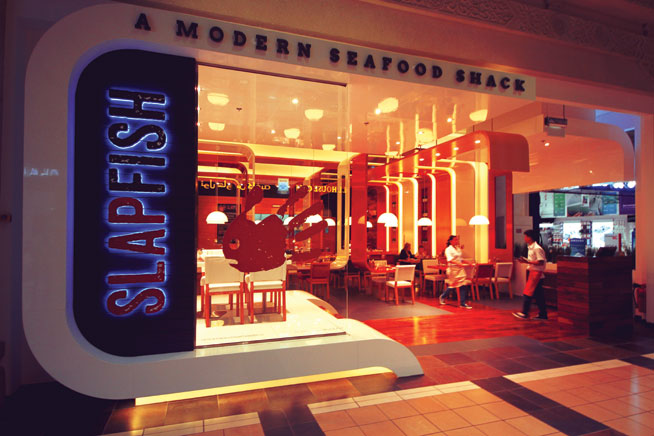 DJ MOCITY
Expect to see DJ MoCity popping up on your radar. The Iraqi DJ and MC is laying down roots for the foreseeable future in Dubai. Keep your ears pinned back for his finest beats and electronica, starting with The Board at Casa Latina, Ibis Al Barsha between 7pm to 3am . Entry is just Dhs60 and including two beverages. 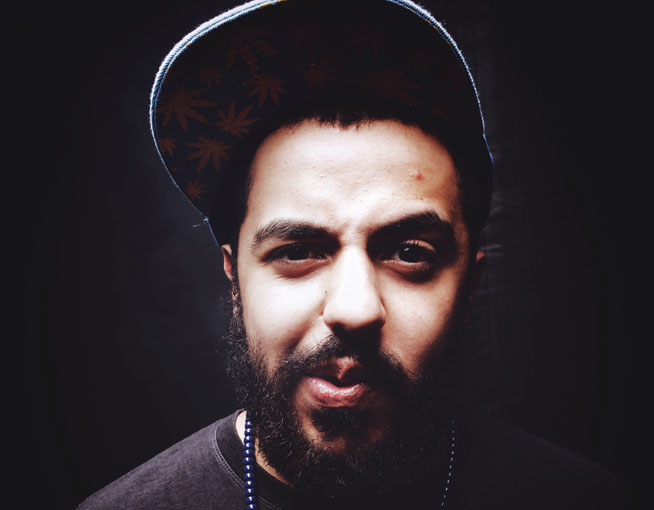 NEW SKATEPARK
A new indoor skatepark – claiming to be the largest in Dubai – officially opens in Al Quoz on Wednesday. The Zoo Skatepark is 5,000 square feet with plenty of room for 25 skaters at a time to skate around and kickflip to their hearts’ content. So if it’s too hot for you out there, grab your board and head indoors. And don’t go thinking you’re too old to have a go. Zoo Skatepark welcomes skaters of all ages and ability. Opt for an hour’s skating, a session (three to four hours) or skate for the whole day. Prices range from Dhs30 to Dhs70 during the week, and Dhs35 to Dhs80 during weekends. 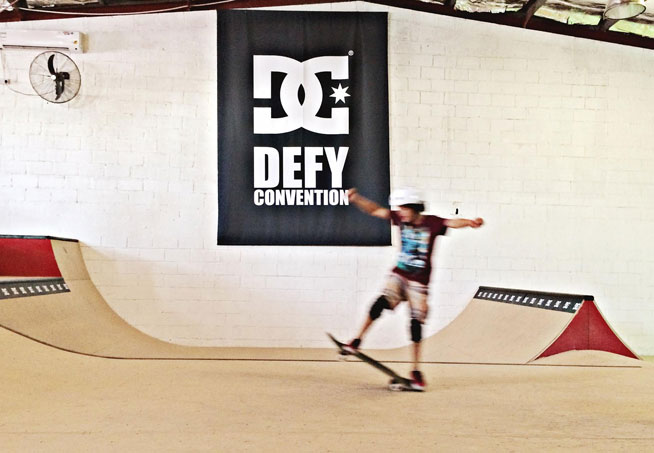 JET LAG
This two-piece band is well worth checking out. Branden and Kane are both experienced players and have been entertaining locally for seven years. They put a different spin on covers and a refreshing twist on your favourite tunes. Known for their great sense of humour, you’re guaranteed to have fun when you watch these guys live. 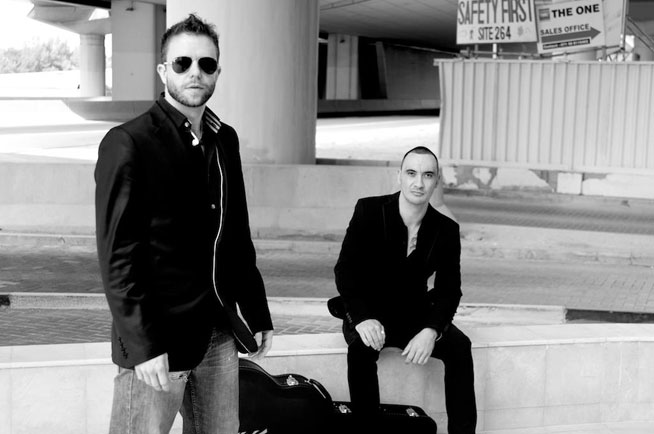 MISTANOIZE
Nowadays the accepted route to the top seems to be to produce a big tune then cash in on the DJ gigs that follow. Back in the day it was quite the reverse – you had to earn your stripes, come up through the ranks and impress the right people in the DJ booth before you were ever allowed near a studio. Bucking that trend, though, is Mistanoize, a fierce DJ who is just that, a DJ. Famed for mesmerising shows with three decks, seamless mixing and plenty of tricks, the UK drum ‘n’ bass don has been honing his skills for more than a decade. And he’s bringing it all to Dubai this weekend. 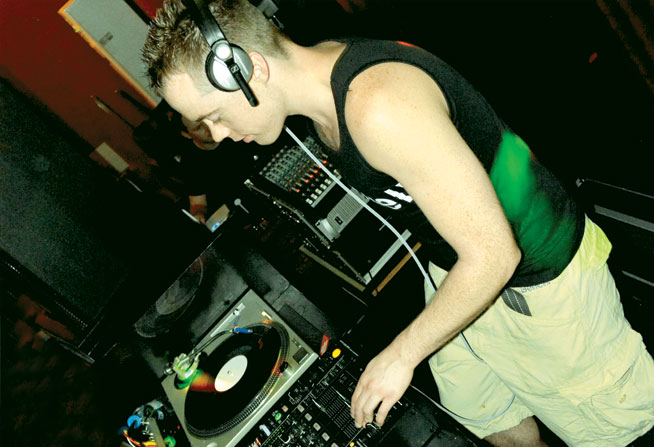 VISIT AQUAFUN
Part-bouncy castle, part-slide, you’ll first need to scramble up the steps that lead up the giant slope; the slippery, spongy stepping blocks and thin rope make such a feat all the more tricky. But once you make it to the top you can catch your breath and prepare for an epic slide down, made even faster thanks to jets of soapy water that are sprayed down the drop. A VIP pass costs Dhs50 and includes unlimited access to everything except soapy football sessions for adults, which costs an additional Dhs20 per person. 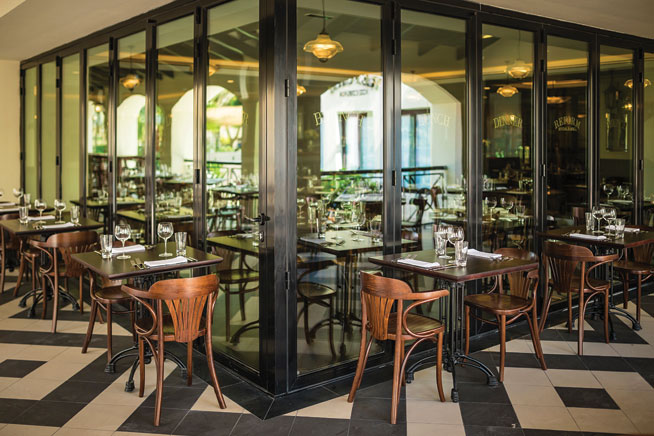 MEET A WORLD RECORD HOLDER
Cirque le Soir is known for doing things a little off the wall, and this Friday will be no different as they welcome a very special guest. The club’s ‘Freaks and Beats’ night will be hosted by Guinness World Record holder Rolf Buccholz. Born in Germany, Rolf is the most pierced male on the planet with over 453 in his body. He also has horns implanted in his forehead and magnets inserted into his fingertips. 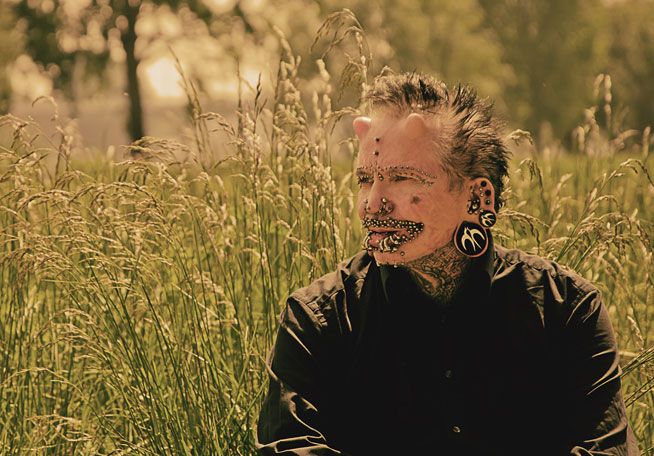 SUMMER SHOW ART
The Green Art Gallery has long been a source of Dubai’s more interesting art, which is clear to see in the group show installed this summer. Hungarian painter Zsolt Bodini’s larger-than-life Shadow Movements No. 8, with its disquieting, semi-abstract exultation of the female form sets the tone, yet there’s lots more from the gallery’s stable of emerging international artists to discover. 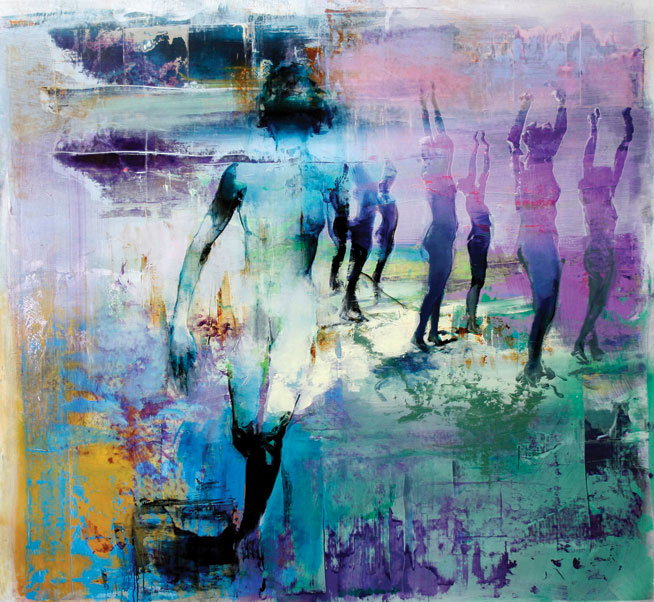 APACHE INDIAN
It’s one of the most iconic tracks of the nineties, and you can hear it live at The Music Room this weekend. Apache Indian has sold over 11 million albums, charting with seven top 40 hits, most famoulsy with ‘Boomshackalak’, but also in collaboration with Maxi Priest, Shaggy, Sly & Robbie, Sean Paul, Yami Bolo and Pras (The Fugees). As well as his big hits, the Apache will also perform some songs from his new album ‘It is What It Is’.


FOOTBALL IS BACK
Those of you with a World Cup hangover can rest a little easier now with the Premier League season back this weekend, kicking off with Manchester United v Swansea at 3.45pm. To celebrate the first day of the season, The Underground Pub at Habtoor Grand are laying on the usual British fare – fish and chips, steak and kidney pie – with a Happy Hour running from 4pm to 8pm. Matches can be viewed on any of the 14 flat screens and two large projectors located throughout. 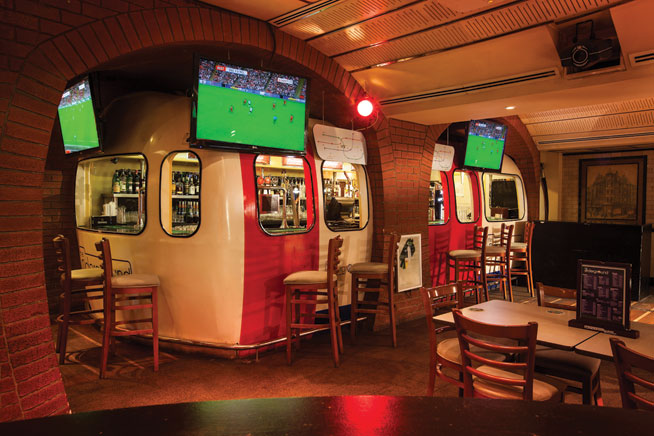 INDOORS AT IRIS
When we named Iris at The Oberoi as our Bar Of The Month in June, we adored the 27th floor terrace and the views of the Burj Khalifa. Fast forward to the furnace of August and the terrace is a no-go. But, good news: Iris have opened their new indoor bar and dinner area. 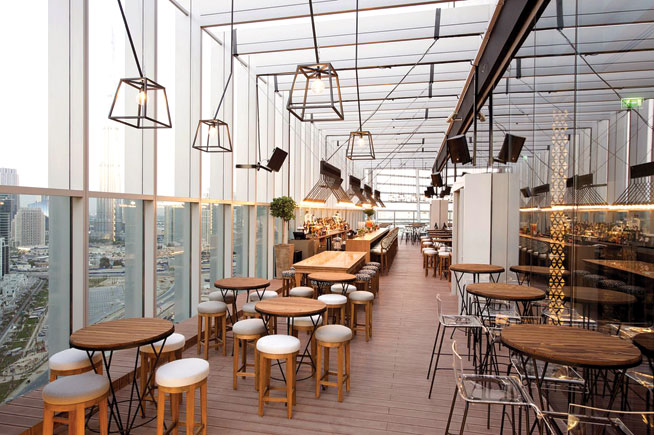 VISIT A BOOK CLUB
A meeting point for book lovers and social media savvies that aims to rekindle a love for literature and the reading experience. Twit Book Club use Twitter to ‘live-tweet’ meetings and encourage online discussion, handy for those who either don’t want to attend in person or have to be elsewhere. All books are fiction and in English. Past reads range from contemporary classics to new releases, and all nominations for books to be discussed are considered. 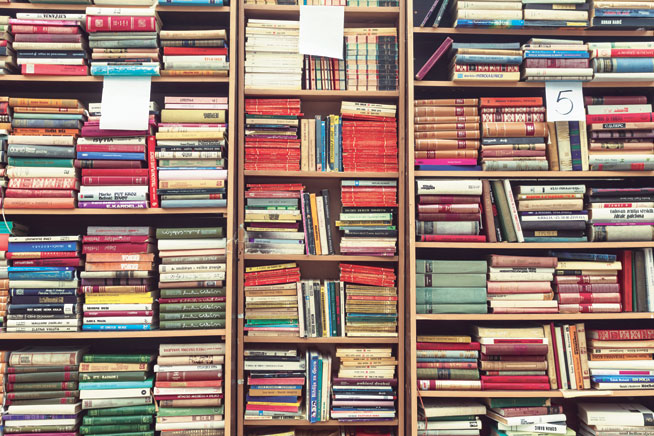 TOM&SERG
After the success of the Rule The Roast throughout Ramadan, Tom & Serg are back with more meaty goodness, with the new Reuben sandwich. Wagyu salt beef, aged cheddar, sauerkraut, dill pickles and mustard mayo on rye. 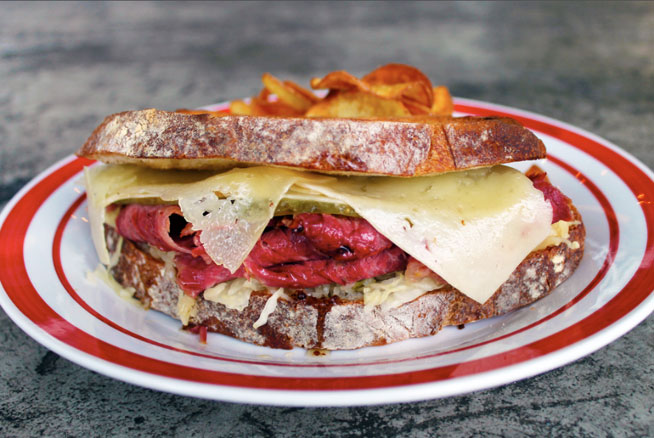 CHARGED AND CHILLED
Indulge in creative cocktails to retox your weekend or relax with your favourite wine. A selection of salads, sandwiches, BBQ, curries and desserts complements the extensive beverage selection make the Warehouse’s chilled out brunch an ideal way to recharge ahead of the return to work, and all for just Dhs179. 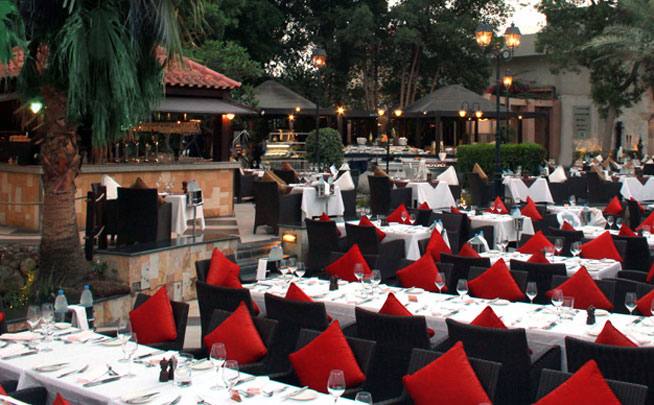 BOOK A SHOW
Love, Loss, and What I Wore is a play co-written by the late, great Nora Ephron and her sister Delia, and it returns to the UAE in October to Madinat Theatre, with tickets available now. Based on the critically acclaimed memoirs of Ilene Beckerman, it’s a scrapbook of stories that anyone who has tried to navigate the sartorial world can relate to – from painfully high heels to perpetually messy handbags. Read more about it here.

ART AND FOOD
The Dubai branch of the glam Monaco restaurant, Sass Café opened with much éclat earlier this year and now showcases art from the nearby Opera Gallery. Sass Café owners – father and son Salvador ‘Sassa’ and Samy Sass – are devoted art lovers, and have selected striking works by Mr Brainwash, Mauro Corda, Karl Lagasse and Laurence Jenkell. 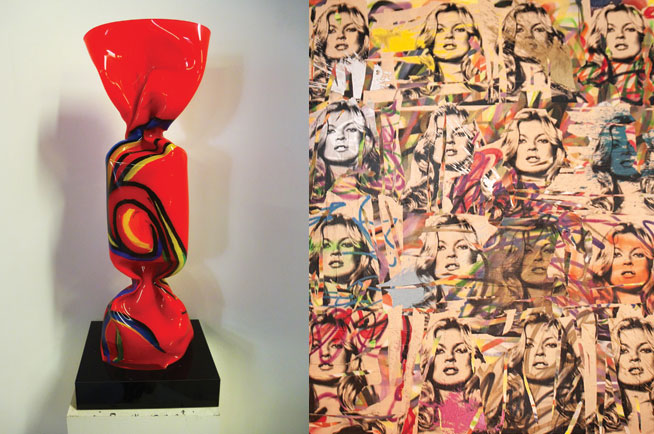 Culture
Eat & Drink
News
Nightlife
Sport & Fitness
Things to do
Well-being
EDITOR’S PICKS
Ramadan in Dubai: 50 iftars to try
READ MORE
Where can Dubai residents travel? Check out these 14 destinations
READ MORE
Rumours, facts and reveals: New Abu Dhabi bars and restaurants
READ MORE
UAE announces reduced working hours for Ramadan 2021
READ MORE
MOST POPULAR
It's official: Eid Al Fitr will start on Thursday May 13
Looking for a long stay in a popular Dubai location? Check out Hilton Dubai The Walk...
Review: Is The Orangery your favourite new date night spot?
Deals and discounts: It's all about the ladies on Tuesdays at La Mer
Here's how you could win Dhs50 million this Eid weekend
YOU SHOULD CHECK OUT
Our website uses cookies and other similar technologies to improve our site and your online experience. By continuing to use our website you consent to cookies being used. Read our privacy policy here.