What’s On sits down with Michelin-starred chef and author Greg Malouf ahead of the opening of his first Middle Eastern restaurant in the country, Clé Dubai in October.

Clé Dubai is your first restaurant in the country. Why is now the right time to open your first restaurant here? After helping a restaurant in London receive its Michelin star award in Lebanese cuisine, I was approached by investors from Dubai. They had a space in the DIFC but weren’t quite what to do with it. One of the owners had fallen in love with one of my books and asked to meet me. I did a couple of trips to Dubai and then I decided that I really wanted to cook in the Middle East, and Dubai was the best platform for that.

You’re Lebanese Australian, but you didn’t fancy setting up a restaurant in Lebanon? I’d be crucified if I went to Lebanon. Lebanese food is a very conservative food culture that hasn’t budged too much over many years. They are particular about what they eat and they’ll always come back to hummus and moutabel. And hey, I do too. There’s not a day that goes by without me having hummus.

So you went with Dubai? Dubai was ideal and it’s far more accepting of what I do. There are Emiratis, expats and tourism here so the market is huge. Plus it’s close to Beirut. I can do quick trips to keep close to the cuisines I cook and write about. 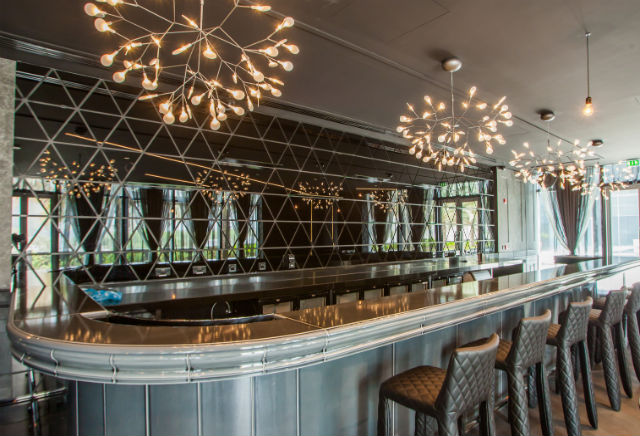 In terms of the food, tell us what we’re likely to find on the menu? Any signature dishes we should try? I’m not keen on the term signature dishes. I prefer to progress and push on. There are a few dishes that keep popping up though. One is a salmon kibbeh and the other is a wonderful North African dish called Pastilla, which is a pigeon pie. The pigeons are slowly cooked with spices including cinnamon and ginger. The meat falls apart and it’s very rich but it’s beautiful to eat.

So you’re mixing things up, taking a cuisine and putting your own stamp on it? Yes. But it’s really important to keep the integrity of each traditional dish. It’s not at all about fusion. It’s all about dishes seen through my eyes and having respect for the original.

And what about the cost? Well, it’s a large menu mainly focused on mezze and some of it is really is affordable which is something I want to achieve. I don’t want to scare people with Dhs1,000 bills.

The venue promises to unlock the experience of ‘contemporary Middle Eastern’ cuisine – can you explain what that is exactly? Middle Eastern food has hit a brick wall. It’s tried to progress but it hasn’t been given any freedom. Dubai’s a great place for something like Clé Dubai. The clientele here are open to progressive cuisine. And I’ve been at this for long enough to understand different foods and cuisine culture without offending anyone, I hope.

Any special things planned for the restaurant when it opens? My idea is to invite people through the middle of service to come into the kitchen. Maybe have a package where they buy a dinner and watch their main course being cooked. I’ll stand with them or behind the stove. I really like the idea of coming into the kitchen and seeing how their dishes are put together.

Moving on to Dubai as a whole, what do you think about the Dubai food scene in general? I’m bored of slabs of steak, and smears and foam. I’m into home grown stuff here. In my opinion Silvena Rowe (Omnia Gourmet) and Colin Clague (Qbara) are probably two of the few people here trying to do something different that’s not from a hotel base. 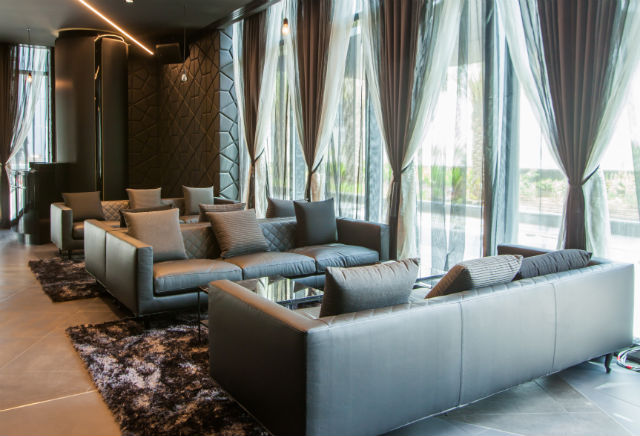 Where did your love for cooking originate? At school I was always bringing weird things into lunch too. My school bag would always stink of onion and garlic because there were Arabic sandwiches filled with all sorts of goodies from the night before.

What was your first job? It was in a kitchen pot washing, which was really good fun actually. For me there was a sense of achievement each night. You’d start with a clean space, then during service everything’s a mess, and then at the end it’s all nice and clean. Then you get to eat! That was the best bit.

After that? I spent 10 years getting first-hand knowledge of different cuisines. French, Italian, Austrian Belgium and then I lived in Hong Kong. When I got back to Melbourne I knew I wanted to cook Middle Eastern food. I found this cool little place and the owners really believed in me. I started to write menus that included a few Middle Eastern dishes and their popularity grew. The press got hold of it thinking it was different, which it was back in 1989. The locals were hungry for something knew. It got bigger and bigger and then we started getting awards.

Nowadays what’s your style in the kitchen? Are you cool as a cucumber or fiery like Gordon Ramsay? I’m like a milk-fed lamb in the kitchen. I don’t say anything. I mentor and I help out where I can, but it’s really the head chef that drives the ship. Kitchens should be like going to the ballet. The entire service should look flawless and poetic.

Eat & Drink
Restaurants
EDITOR’S PICKS
13 Sheikh Hamdan-approved restaurants in Dubai
READ MORE
Dubai brunches temporarily banned in new preventative measures
READ MORE
12 upcoming Dubai mega-projects we can't wait for
READ MORE
16 of the best beach bars in Dubai for sundowners
READ MORE
MOST POPULAR
Win! A luxurious two-night stay at Anantara Eastern Mangroves Abu Dhabi hotel worth Dhs3,000
Pool and beach day passes are back at Le Royal Meridien
Win! A one night stay in a luxury Dubai hotel
Dubai Food Festival announces new dates for 2021
There's a new way to discover the region's best emerging musical talent
YOU SHOULD CHECK OUT
Our website uses cookies and other similar technologies to improve our site and your online experience. By continuing to use our website you consent to cookies being used. Read our privacy policy here.