We go gaga for Gaga - interview, pictures, videos and more

What’s On profiles Lady Gaga as she prepares for her artRAVE: The ARTPOP Ball show in Dubai. Read our Lady Gaga interview in Dubai, and our best pictures.

Lady Gaga doesn’t do things by halves. In the past the eccentric star has feigned giving birth on stage, performed covered in blood, and worn dresses made of everything from hair to raw meat in the name of artistic expression. So it seems only fitting that Gaga’s latest global tour should bring her to Dubai – a city that loves an extreme.

Gaga, now fully recovered from a hip injury that put her in a (24 carat gold) wheelchair, and her 144-strong crew will descend on Meydan Racecourse on September 10, and fans can expect hits old and new, numerous costume changes, a 30-metre runway allowing Gaga to get closer to the audience, and a giant “garden” made up of inflatable trees.

That’s not to say the New Yorker won’t arrive in the UAE without a surprise or two up her voluminous, spangled sleeve. As her track record shows, when it comes to Lady Gaga, anything is possible.

You couldn’t perform for months after your hip injury. Did you feel like a racehorse at the starting gate? Yeah, Seabiscuit. Exactly. I’ve been training and doing everything that I could to move forward, but the best was the rest that I was able to take, and the time that I had to edit what I was making and to make sure that I really love what I’m putting out.

Have you been worried at all that the injury might affect your career? I didn’t know how I would recover and if I would recover completely, but I responded really well and I feel better than ever.

Did you do any special rehab? Did you work out? I did all kinds of swimming and yoga and Pilates, and just some good old-fashioned gym training.

Tell us about the clown references in the video for your song Applause, which has sparked a lot of debate. It’s meant to be the performer, the mime, being sad because he doesn’t exist without your cheers. If you don’t pay attention to him, he has nothing. It’s this way that I’ve been trying to really explain my existence actually, to explain [to my fans] that any bid for their attention was only to then perform for them.

Do you become like a sad clown when you can’t perform? Yes, that’s exactly why we did that in the video [which features Gaga in smeared clown make-up]. I dragged the make-up down my face, and I saw from the camera monitors that it made me look like I’d been crying and then I started to feel really emotional. I love the visuals in that video.

You give the impression of wanting to expand on people’s perception of what pop music is. Do you want to raise the level of pop? I suppose I want to push the boundaries of what pop music is currently defined as. I’m just trying to create a separate space for myself and for my fans where we can rejoice in our pop and create an album that is like partying with me for the night. Partying with an old friend, which is how I feel about my relationship with my fans.

How do you feel about your critics? It gives them a sense of pleasure when they believe that they’ve destroyed me or taken me down. It’s almost entertainment for people to poke fun at Lady Gaga. 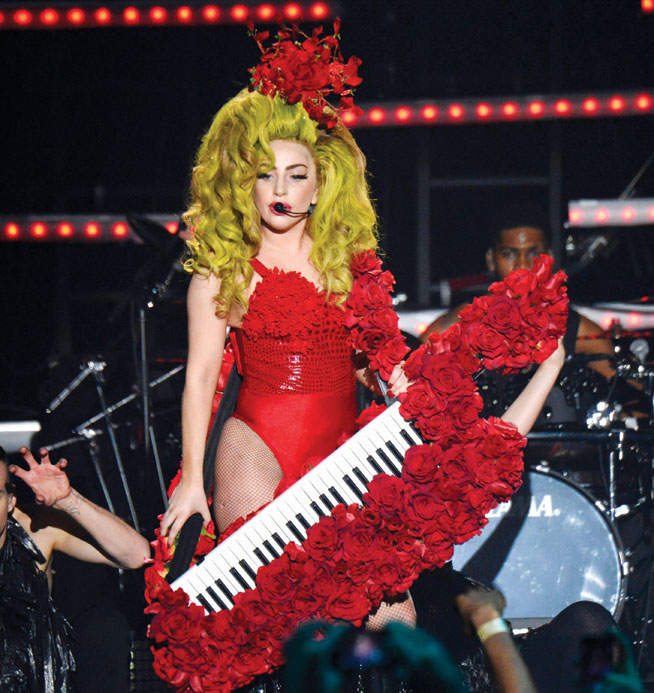 Your fans are very fiercely loyal – that must feel good? I see myself in them. I was this really bad, rebellious misfit of a person. You imagine it, I did it. I was a really bad kid. And I look at them, and every show there’s a little more eyeliner, a little more freedom.

You started out writing songs for Britney Spears, New Kids On The Block and Pussycat Dolls. Did you enjoy that process? I got real joy from hearing Britney Spears sing my melodies. As much as I can sit here and talk about art, there’s still something quite remarkable about writing a song when you’re 20 and hearing a pop superstar sing it.

How important is it for you to give a truthful authentic performance on stage? In case you’re wondering whether I lip synch, the answer is no. People think I do because I sound so good. I am not going to saunter around the stage doing pelvic thrusts and lip-synching. That’s not at all why I am in this. I am a different breed.

Born in New York in 1986, the fresh-faced Stefani Joanne Angelina Germanotta seen in these childhood snaps is a far cry from the modern day pop icon that is Lady Gaga – or Mother Monster to her millions of devoted fans. Gaga said she suppressed her personality when she was at high school, but that now “I’m completely insulated in my box of insanity and I can do whatever I like”. She adds, “At school I was focused, determined. I was always in a band, or in a musical. I didn’t really fit in but I had friends because I’m a nice girl and fun to party with.” Does this mean that Gaga dresses in ten-inch heels, Tudor ruffs and telephone-shaped hats even behind closed doors? “People just want to figure it out or explain it,” the singer said of her wardrobe. “I’m always saying something about art and music and fame. That’s why you don’t ever catch me in sweatpants.”

Tweet this – Ten of Gaga’s most memorable tweets to her 41.7m followers

# “Don’t try to win over the haters. You are not a jerk whisperer.”
# “I just put cake directly into a tub of ice cream. #IKnowNoShame”
# “It’s not that I don’t like pants. It’s that I choose not to wear them some days.”
# “Don’t you ever let a soul in the world tell you that you can’t be exactly who you are.”
# “I resent that I have to be getting married to wear bridal. I mean what if I just love wearing white lace and pearls without it being creepy.”
# “Love is like a brick. You can build a house, or you can sink a dead body.”
# “I’ve always been famous. You just didn’t know it yet.”
# “Seems as though my twitter was hacked yesterday. I could be angry, except I secretly love how psychotically smart my fans are.”
# “You laugh at me because I’m different. I laugh at you because you’re all the same.”
# “Do not allow people to dim your shine because they are blinded. Tell them to put on some sunglasses.” 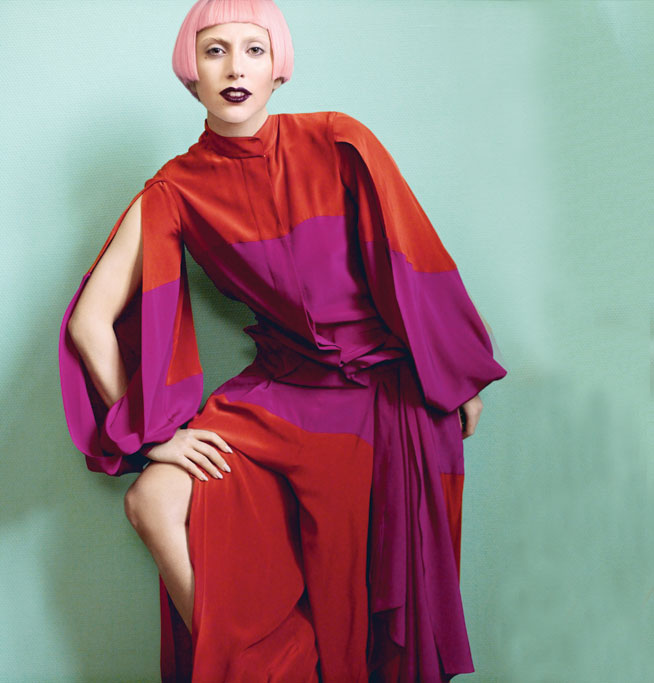