CLOWNS WHO CARE
Volunteer as a performer and spread love and laughter to kids and adults with special needs.

DINE SOMEWHERE DIFFERENT
With a green and yellow colour scheme, butterfly chandeliers, and astroturf on the walls, Gary Rhodes’ new Dubai Marina restaurant feels like a British summer garden party – with a dash of Alice In Wonderland. What’s On got the first look at Rhodes W1, and were impressed by both the décor and the shepherd’s pie, the mashed potato topping of which, we suspect, contained a naughty amount of butter. Nice to have you back, Mr Rhodes. 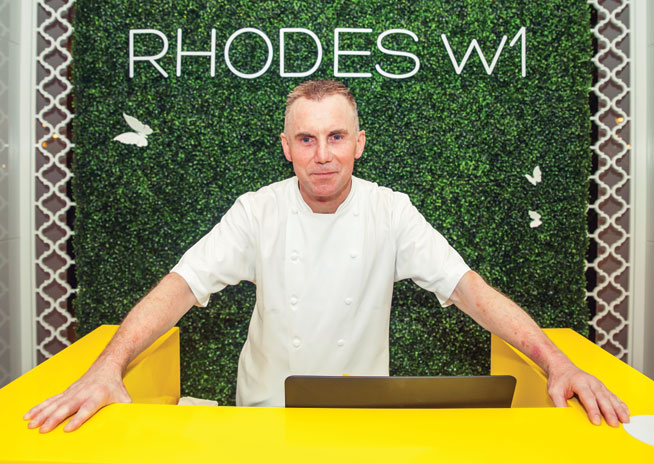 CROC ON THE MENU
They already serve emu and kangaroo, and now Bushman’s has added to its Australian repertoire by putting crocodile on the menu. It’ll be served in an Indonesian style, on a lemon grass skewer, flavoured by the Aussie plant lemon myrtle for a citrus kick and served with a chilli dipping sauce.

FASHION WEEK MIDDLE EAST
Fashion Week Middle East aims to draw international as well as local designers for its four-day run from October 1 in DIFC. Designers confirmed to showcase their work include high-profile names such as Betsey Johnson and Charlotte Ronson, with only 30 per cent of designers asked to take part being from the region. More excitingly, the event will form ties with New York and Los Angeles Fashion Week, encouraging an exchange programme, which will see two designers being brought to our shores each season, with home-grown talent Furne One and Shrekahnth going the other way to America. 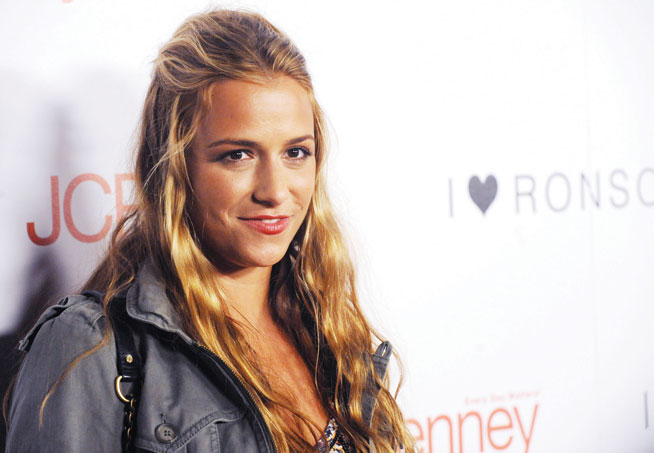 EAT UNLIMITED LOBSTER
Shangri-La’s Dunes Cafe are offering seafoodies the chance to indulge in unlimited Boston Lobster, enjoyed grilled, steamed, chilled or curried together with other seafood delicacies such as oysters and crustaceans. Prices start at Dhs235 for soft drink package, and Dhs330 with house beverages. 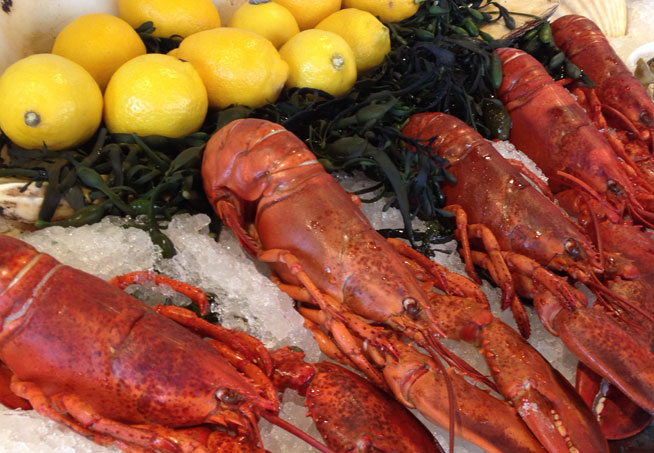 BIG BOYS TOYS
Men, you’ve got a nice watch, smart cufflinks, and cool sunglasses. What’s next? How about a personal submarine? You can see this and loads of other crazy vehicles and gadgets at Big Boy’s Toys from October 3 to 5. Already confirmed to feature at the three-day showcase are Triton Submarines, creators of the world’s deepest diving submersible, Jetovator, a flying jetski, Swiss military watch-makers and countless other sleek innovations, each fitting into one of the following categories: adventure, aviation, digital, drive, fashion, lifestyle, marine, off-road, ride and wellness. The highlight for visitors at last year’s was the world’s first supercar test drive pit, a feature that will return this time around. The following cars will be on show: Lamborghini Aventador, Lamborghini Gallardo, Ferrari Spider Italia, Ferrari Spider, Bentley, Chevrolet Corvette CR7, Audi R8, Nissan GTR, Porsche Carrera 911, Merecedes SLS, A5 AMG Convertible, Mercedes G63, Mclaren MP4. 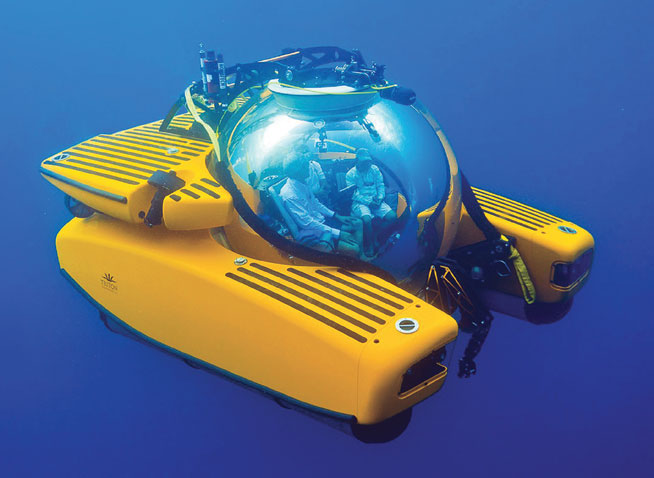 CURRY NIGHT
Every Friday night there’s a curry special at Metro inside the Millennium Plaza Hotel.

FOLDING BIKE SOCIETY UAE
Are you curious about folding bikes, those quirky portable cycles favoured by commuters? Then why not join the Folding Bike Society UAE for their first ride of the year. The route will start at Union Metro Station and end in Bur Dubai near the British Embassy. Bring your own bike, or borrow one. Check out their Facebook group for more details. And don’t forget your helmet. 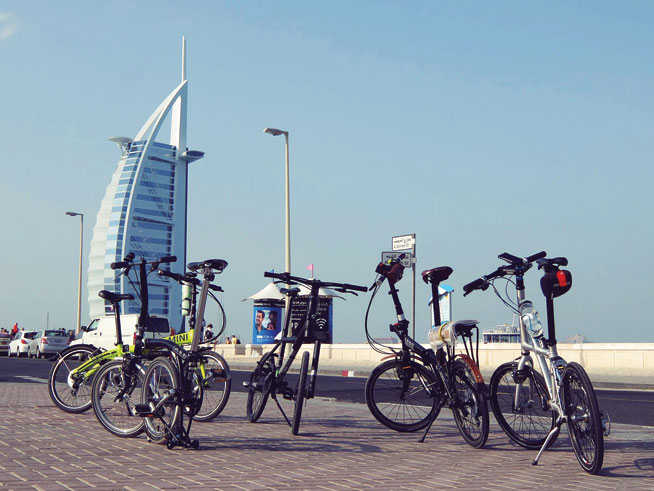 OKTOBERFEST REGGAE BASHMENT
For the first time ever in Dubai, Firehouse Entertainment, a premier Kenyan reggae sound system, will launch its international shows. A night featuring popular Kenyan DJs The Muzikal Sheriff,  Selekta Roots Radix and MC Dido Ranks, all of whom will showcase what The Oktoberfest Reggae Bashment is all about.

THE ILLUSIONIST
After a sell-out success in the UAE last year, The Illusionists return with a new cast and new tricks, and all-new wow factor. Six highly-skilled performers, each with their own specific area of expertise, will have audiences scratching their heads and gasping, “How did they do that?” Six new acts are on board for the upcoming run: The Warrior, The Deceptionist, The Unusualist, The Futurist, The Manipulator, and The Master Magician in a show titled The Illusionists 2.0. The World Trade Centre is hosting ten performances featuring giant 3D projections, video screens and other cutting edge technology. 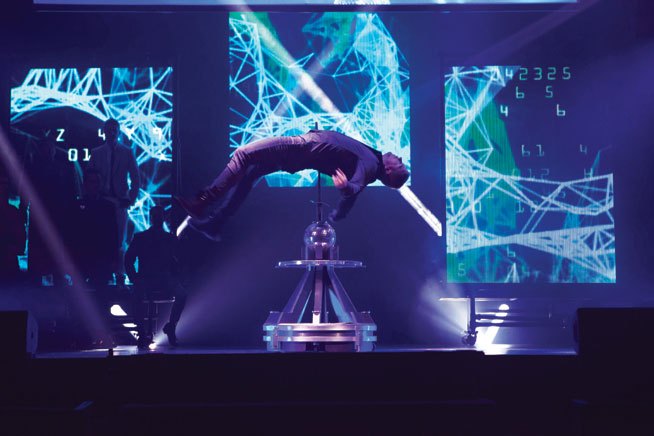 ON THE ROOF
The Audio Tonic residents are back providing the soundtrack to your weekend. Catch the sunset and the beautiful tunes of Conan Manchester, Sam Farsio and Rod Lee Winters on the roof deck at 360º, and head below to hear Rish Dhealley. 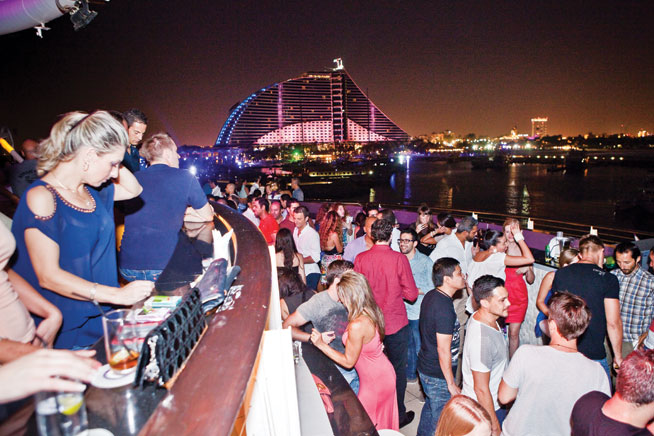 FASHION FORWARD
Fashion Forward is back at Madinat for a fourth season from October 4 to 6. More than 25 designers have agreed to bring their collections to the runway, many of which are locally based or from the wider region. Names such as Michael Cinco, Amato, and Tahir Sultan will be ones to watch. There will also be the opportunity to browse a fantastic range of accessories in the designated pop up shop area, The Garden. You must register online to attend and a three-day pass costs Dhs150. 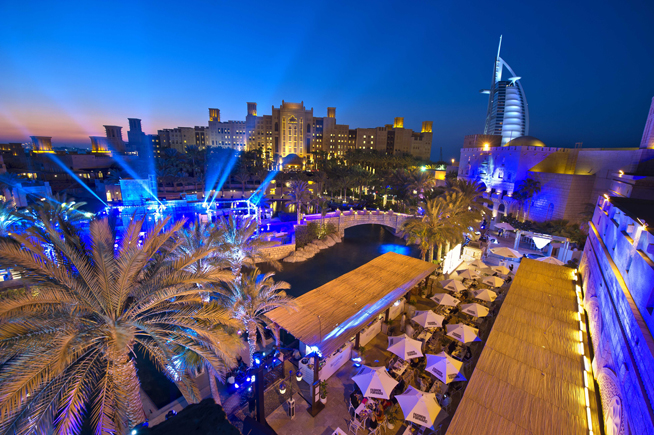 SYMPHONY OF LIGHT AND FIRE
Be part of a show-stopping four-day event that features a variety of activities and entertainment including renowned DJs, beach sports, street performers, LED light jugglers, thrilling parachuting from Sky Dive Dubai, lightshows and a scintillating fireworks display on the first day of Eid.

The Beach, opposite JBR, daily 6pm to 2am. Taxi: Opposite JBR. 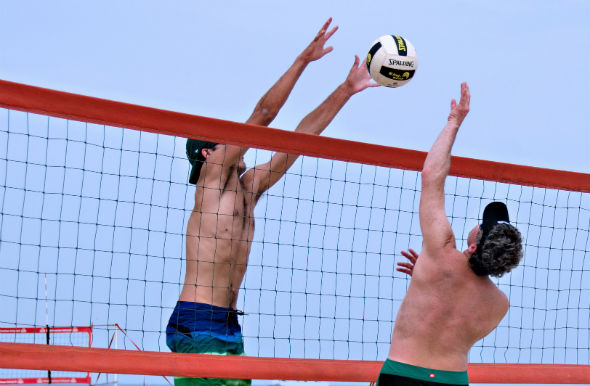 BBQ AT REFORM
The lakeside hotspot launches its new BBQ menu in time Eid, available from midday to 11pm on Friday and Saturday. Choose from hot dogs, BBQ Flanked steak sandwiches, honey mustard chicken wings, sticky beef short ribs and a large selection of skewers with all the classic sides such as coleslaw, corn on the cob and potato salad. 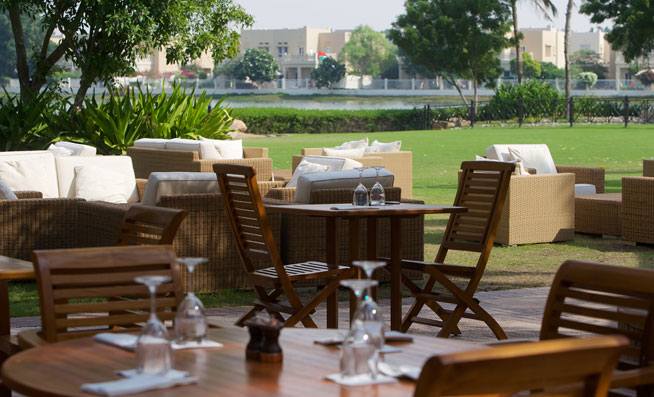 POOL BBQ
The H Dubai relaunch their vibrant Saturday Poolside brunch (midday to 4pm),‘BBQ by Quantum’. With an extensive selection of salad bowls, grilled meats and fresh seafood, this family-friendly afternoon is a terrific way to start enjoying the great outdoors once more. Diners get full pool and Jacuzzi access, as well as a dedicated play area and entertainment for the children including face painting, inflatable toys and special kids buffet – so the children can play while you unwind and catch up with friends. 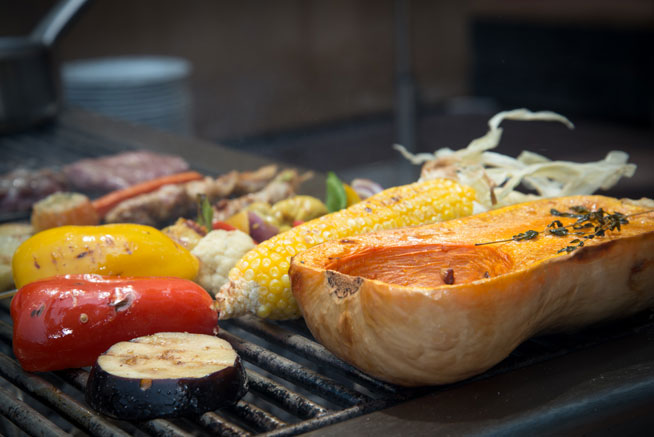 CLASSIC CINEMA
Gaucho is screening classic films including The September Issue (October 4 to 6). Dark, velvety sofas are positioned in rows in front of a large roll-down screen, and the tempting menu of movie snacks includes gourmet hot dogs, nachos and irresistible truffle-infused popcorn. A night at the flicks never tasted so good. 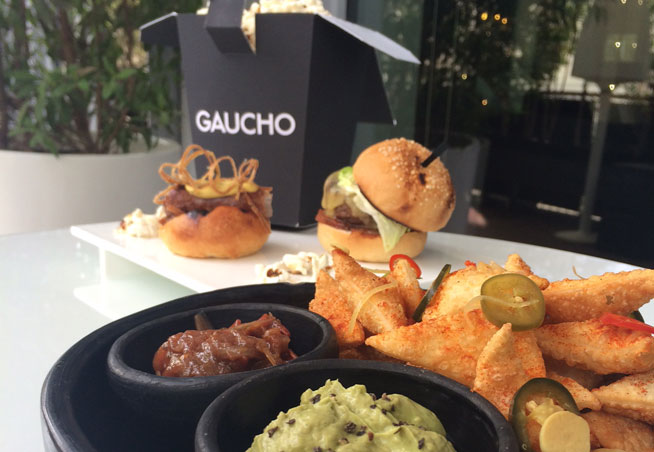 POETRY OF LIGHT
The four day occasion will encompass elements of poetry amid colorful décor, special light projections, buskers, a mix of vocalists and instrumentalists as well as Oud, tabla and kanun players – all inspired by the richness of Islamic culture. 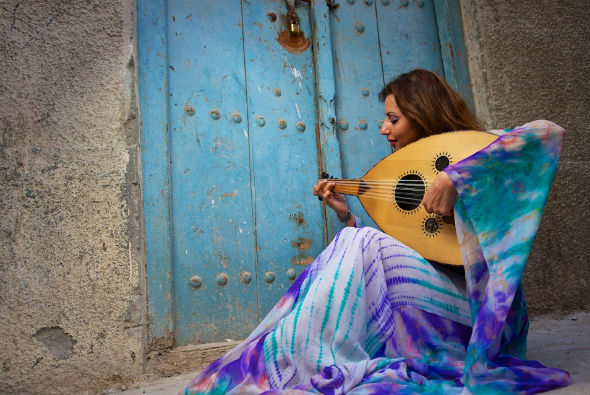 WATCH FOOTBALL
Trader Vic’s Mai-Tai Lounge, located on JBR have launched a special menu to partner with live Premier League football from 4pm to 9pm every Saturday. Fans can enjoy Mai-Tai appetizers and signature beverages with names such as Hula-Blue-Baloo and Rip Mai Tai Off Honey during Happy Hour.

KIM WILDE
Even if the first time you heard Kids In America was on the Clueless soundtrack, 1980s icon Kim Wilde’s hits won’t have escaped your consciousness. She’ll play acoustic versions of You Keep Me Hanging On, Chequered Love and more at Zero Gravity. 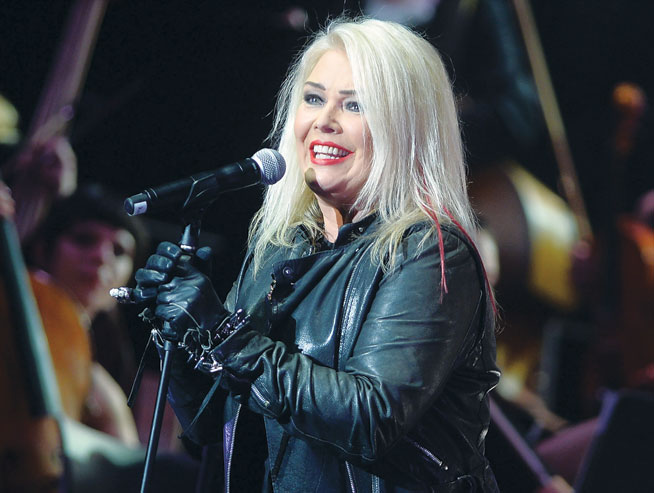