The first specific plans have been announced for LEGOLAND Dubai, one of three themed areas of a Dhs10 billion leisure and entertainment district in Jebel Ali.

Scheduled to open in 2016, Dubai Park and Resorts officially unveiled plans for the mega project last month, in which they outlined details of phase one. As well as LEGOLAND Dubai, the park will feature Motiongate Dubai and Bollywood Parks Dubai, with a further three sectors to be confirmed for a 2017 completion.

Those definitive outlines for a project first approved in 2012 were the first announcement since April when partnerships with US-based theme park operator Six Flags Entertainment Corporation was confirmed.

So what of LEGOLAND? According to official documents released today, it will cover a total of three million square feet and feature over 15,000 model structures made from more than 60 million bricks. There will be over 40 interactive rides, shows and attractions set over six themed areas – LEGO City, Adventure, LEGO Kingdom, Create, LEGO Factory, and Miniland.

The park is being launched by Merlin, a leader in the field in Europe, and will be the seventh park of its kind around the world. The group are also responsible for the likes of SeaLife, Madame Tussauds, The London Eye, Gardaland, Alton Towers, Thorpe Park, Blackpool Tower, Wild Life Sydney Zoo, Sydney Tower Eye and Skywalk.

“We are delighted to be opening in Dubai and to be working with a partner as innovative and supportive as Dubai Parks & Resorts on this exciting new project,” a spokesman said. “Dubai is the most important tourist centre in the Middle East and we believe that it is the ideal place for LEGOLAND.  Indeed, we have no doubt that LEGOLAND Dubai will add a whole new dimension to Dubai’s leisure scene.”

Speaking last month, developers Meras Holding said: “Dubai Parks and Resorts has been designed as the first of its kind entertainment destination that simultaneously opens the gates of three theme parks. The project will feature leading intellectual properties from elite industry players to create leisure and entertainment concepts that are expected to draw more than five million residents and tourists annually. We are confident our efforts will contribute to achieving the Dubai Tourism Vision 2020 and become the pride of our nation.

“At Meraas, we are excited to signal the start of an ambitious destination that is anticipated to generate thousands of new jobs as an international entertainment hub.” 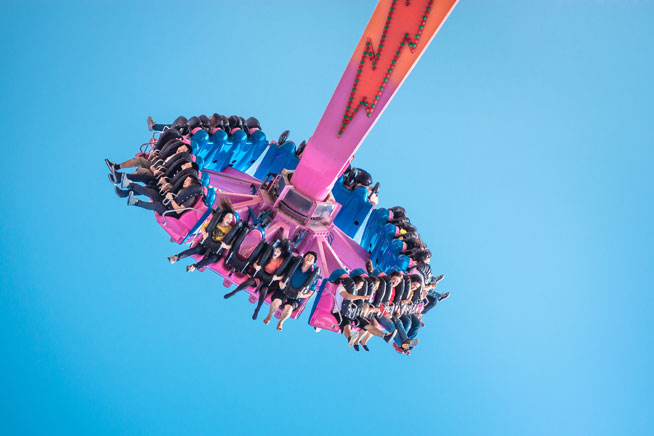 According to the information released at the same time, Motiongate Dubai will be inspired by the great and the good of the silver screen, taking visitors on a journey through the showbiz world on a collection of rides and attractions. The second area is being dubbed the first theme park in the world dedicated to the Indian film industry.

Meanwhile, work continues apace at forthcoming Dubai theme park IMG Worlds of Adventure. The hotly-anticipated park will feature four ‘EPIC Zones’: the Lost Valley Dinosaur Adventure with animatronic dinosaurs, Cartoon Network, IMG Boulevard and MARVEL, plus a vast range of shops and restaurants. The state-of-the-art attractions, mega-coasters and immersive rides will all be themed around popular cartoon characters and superheroes. Estimates suggest the park will bring ten million tourists to the UAE every year.

News
Outdoor
Sport & Fitness
EDITOR’S PICKS
UAE holiday dates announced for Eid Al Adha
READ MORE
Emirates extends suspension of flights from India to UAE again
READ MORE
Coming soon: Everything we know about Ain Dubai so far
READ MORE
Khorfakkan set to open new tourist attraction 580 metres above sea level
READ MORE
MOST POPULAR
A cool new hotel is opening in Jumeirah Village Circle in September
Resident returning to the UAE? Here's the approval form
WizzAir Abu Dhabi will start flying to Italy with fares from Dhs129
Get two-for-one on Friday brunch at this popular Dubai pub
Spend the summer at this awesome new Surf Shack pop-up
YOU SHOULD CHECK OUT
Our website uses cookies and other similar technologies to improve our site and your online experience. By continuing to use our website you consent to cookies being used. Read our privacy policy here.