Brunch in Dubai - around the world in nine new weekend feasts

What’s On reviews new brunch in Dubai that take diners around the world, including Asian, Italian, Britain, French, Spanish and Japanese.

The Spice Route Brunch at Asia Asia
You won’t have to limit yourself to just one country’s cuisine at this brunch; the new Pier 7 restaurant takes inspiration from the ancient Spice Route that stretched from the Far East to the Middle East. Expect sushi from Japan, Peking duck from China, plus locally-inspired dishes. This brunch doesn’t start until 2pm, so you’ll have time for a lie in, or early birds keen to get the party started can take advantage of happy hour deals in the bar from noon. 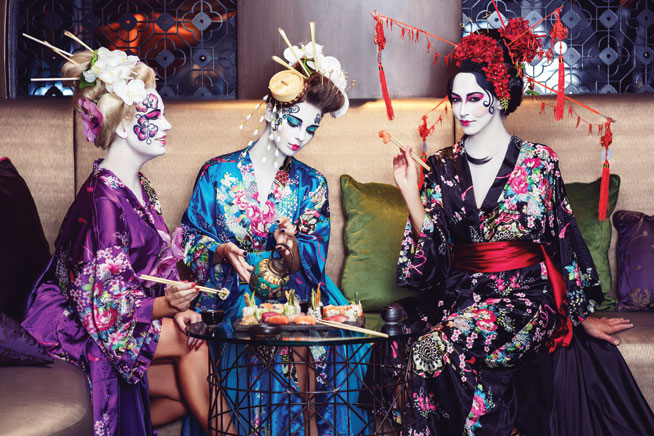 Brunch With A View at Vivaldi By Alfredo Russo
This new brunch at Sheraton Dubai Creek is a celebration of all things Italian. Vivaldi, from the Michelin-starred Russo, is laying on a selection of cold canapés, followed by an array of shared starters and pasta dishes. Diners can order their main courses a la carte, before making their way to the cheese table to pick up their selection of formaggi with wine pairings. When brunch is over, end the afternoon in the Vivaldi bar, where selected beverages are two for the price of one between 4pm and 6pm. 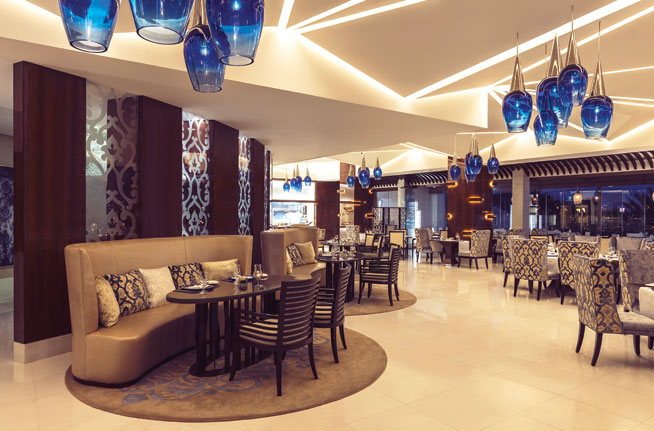 Posh Nosh at Geales
It’s all about England at Geales’ brand new brunch, which centres around “posh” versions of British favourites such as roast beef and Yorkshire pudding. Brunchers get sharing portions of the restaurant’s signature dishes, including an assortment of hot and cold appetisers like oysters on ice or eggs Benedict. Next come the main courses – look out for the fish and chips – followed by desserts straight out of an Enid Blyton book: sticky toffee pudding, and strawberries and cream. Even the drinks at this brunch have a British twist – diners will be greeted with Pimms garnished with fresh fruit. 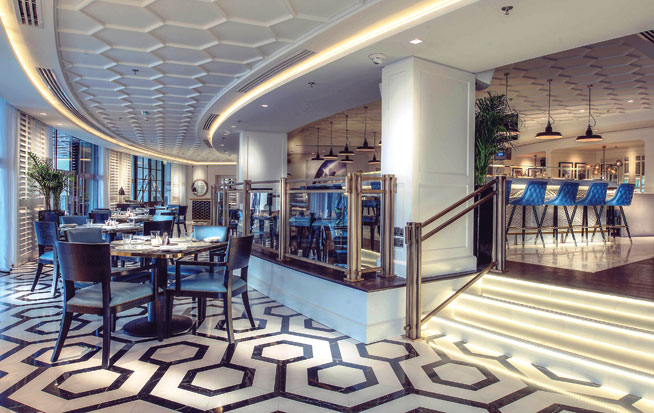 The Sass Brunch at Sass Café
For those who prefer brunch in the traditional sense, the new Sass Brunch at Sass Café promises a languorous Saturday afternoon atmosphere with a Mediterranean twist. This isn’t an all-you-can-eat or drink package; instead the restaurant will serve an a la carte menu of brunch classics like eggs Benedict and mimosas, along with new dishes like burrata with truffle honey and grilled peaches. 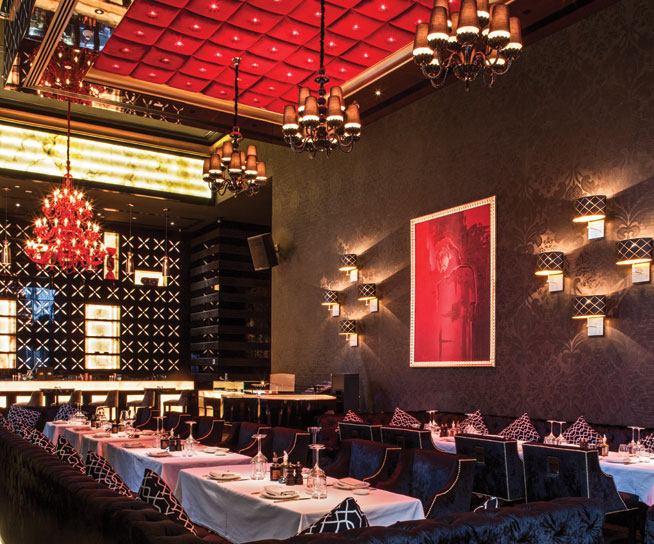 
Casa de Tapas
The new Friday brunch at Casa de Tapas is inspired by Spain’s foodie hotspot, San Sebastian. Authentic cold tapas and cured meats will be followed by cheese and pinxos (Spanish bar snacks), with hot tapas next to arrive. For the main course, diners will be presented with Casa de Tapas’ signature paella and a traditional Spanish roast. If you can move after all that food, the live flamenco music is sure to get your toes tapping. 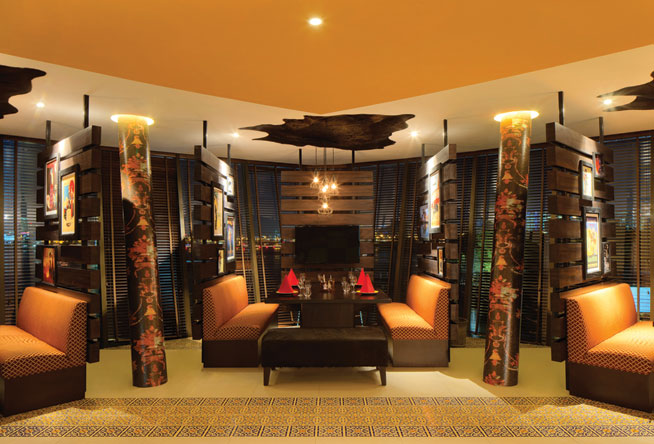 French Fridays at Le Classique
With dishes like pot au feu with pan-fried foie gras, moules mariniere, and escargots de Bourgogne on offer, it’s not hard to guess the inspiration behind this new brunch at Emirates Golf Club. Happily, the French theme extends to the dessert menu, which features tarte au citron and crêpe suzette prepared fresh at your table – very retro. If you don’t have a sweet tooth, visit the cheese counter instead to stock up on fromage. Live entertainment comes courtesy of Rose Leon, made up of French-Brazilian singer Raisa and her guitarist Luke. 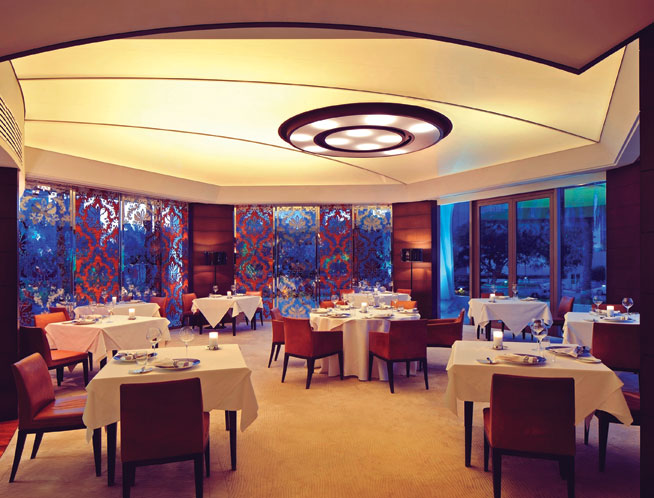 McGettigan’s
For those who struggle to get out of bed on a Friday morning, this late afternoon brunch is for you – especially as it does a string of tasty breakfast items in case you missed your morning meal (which, by the sound of it, you did). Try eggs Benedict, or crab and scrambled eggs on toast, a selection of omelettes, or black pudding tempura. The Irish bar, which recently celebrated its second birthday, also has a live carving station featuring coq au vin, or roast beef for example, plus a la carte dishes such as a steamed Irish mussels, a Thai fishcake covered in Crunchy Nut Cornflakes, and Cornish pasties. To finish, hit the pastry planks for brownies, pecan tarts, and caramelised pineapple soufflé. 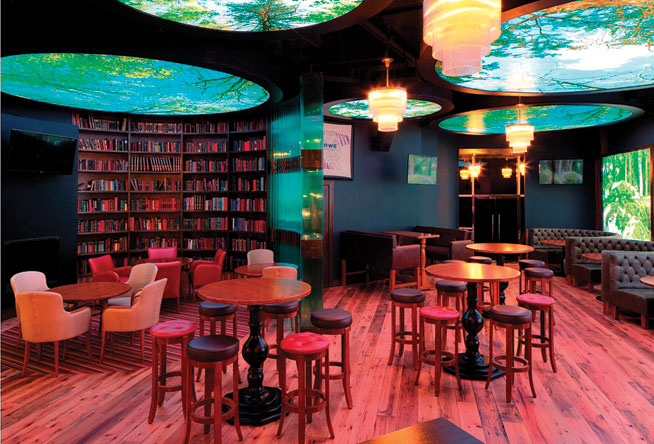 Bubbalicious
One of Dubai’s heavyweight brunches has had a facelift. Bubbalicious at The Westin has introduced an Alice In Wonderland room featuring liquid nitrogen desserts, cakes and treats, accessed by a secret grassy tunnel. Also new is The French village with oysters, foie gras and crêpes. But the best of the new sections is the BBQ station serving smokey ribs, lamb chops, beef brisket and whole chickens with rich sauce daubed on top using a paintbrush. Keep your eyes peeled for Ian and Luis from Jugglebox, who put on an incredible – and incredibly funny – juggling show in between tables. Ps. Ian’s moustache – sadly – is not real. We checked. 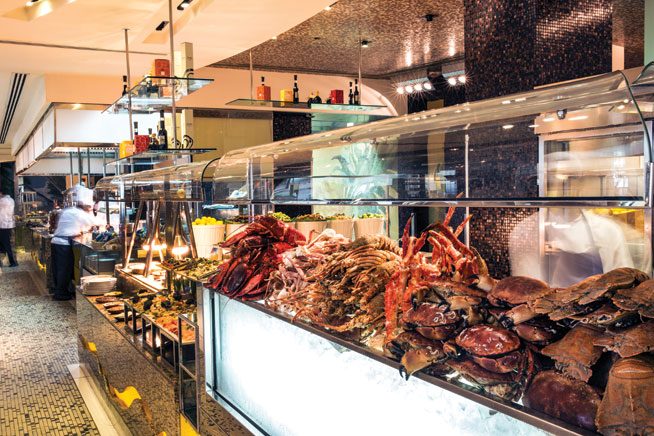 Brunch
Eat & Drink
News
Salaam!
EDITOR’S PICKS
Here's the full list of UAE public holidays in 2023
READ MORE
23 incredible things to look forward to in the UAE in 2023
READ MORE
Hidden gems: 10 UAE desert pop-ups to discover this winter
READ MORE
Where to travel in 2023: 10 new flight routes from the UAE
READ MORE
MOST POPULAR
Nobu Hospitality to open luxury resort in Ras Al Khaimah
How to become the best version of yourself in 2023
106 amazing new restaurants coming to Abu Dhabi very soon
Rafting and surfing adventures are now back at this Abu Dhabi park
UAE fuel prices are rising in February
YOU SHOULD CHECK OUT
Our website uses cookies and other similar technologies to improve our site and your online experience. By continuing to use our website you consent to cookies being used. Read our privacy policy here.