What’s On has a list of things to do in Dubai this weekend, including brunch, drinks deals, sports, live entertainment and new openings.

Here’s our things to do in Dubai this weekend… You know that moment on a Thursday afternoon when your work buddy asks what you’re doing this weekend and your mind goes blank? Well worry no more, friends, because What’s On has the perfect solution, whatever mood you are in.

Alcatraz Rooftop
Escape from Alcatraz? That’s the last thing you’ll want to do if the Alcatraz in question is the new monthly party at Dubai’s Story Rooftop Lounge. Launching with special guest Muui, the inaugural Alcatraz Rooftop invites clubbers to “imprison yourself in techno sounds”. Australian born Berlin-based techno upstart Muui has been making noise of late with his experimental live performances and diverse machine jams.

Happy Birthday McGettigans
It’s been four years since the first McGettigan’s opened in Jumeirah Lakes Towers and the venue is celebrating with a three-day shindig, including raucous free shows from two well-loved Irish bands. The birthday weekend kicks off on Thursday with Ruaille Buaille, swiftly followed on Friday by a performance from Bell X1, making their Dubai debut and best known for their songs Flame and Rocky Took A Lover. There’ll also be drink deals throughout the weekend, with house drinks just Dhs20.

Fashion First
Fashion enthusiasts, here’s your chance to be dazzled by Campustar Fashion College students’ creations. For the Runway Dubai Season II contest, each student must design garments to be displayed live on the catwalk at Sofitel The Palm. Tickets can be purchased on the event’s website and guests should respect the black and white dress code.

Shark Attack
Sharks are beautiful creatures that suffer from a general lack of empathy from the public, who are often oblivious to the important role that sharks play in the preservation of the marine ecosystems. The Sea Shepherd documentary strives to bring attention to the controversial West Australian shark cull programme. Worth watching.

Grand Parade
If you cup your ear from anywhere in the city today you’ll hear the growl of engines. Big, expensive engines. And lots of them. Exotic, concept, vintage and generally amazing cars and motorbikes will roll through town as part of the Dubai Grand Parade. It begins and ends at Meydan Racecourse and will be led by Dubai Police’s fleet of supercars. More than 500 vehicles are expected to make up the parade that will pass Dubai landmarks. READ MORE.

Music Of Queen
A special musical performance showcasing legendary rock band Queen is coming to Dubai Media City Amphitheatre, featuring stars of London’s West End smash hit ‘We Will Rock You’. Hailed as one the biggest and best rock shows in the world, ‘The Music Of Queen’ combines a 16-strong band with the stellar cast from the famous production in the UK. Another thrilling aspect will the inspiring sound of the 46-piece UAE National Symphony Orchestra (NSO) adding their own classical slant to smash hits like ‘Bohemian Rapsody’, ‘We Are The Champions’, Somebody to Love, A Kind of Magic, Fat-Bottomed Girls, Don’t Stop Me Now, and, of course, ‘We Will Rock You’. READ MORE. 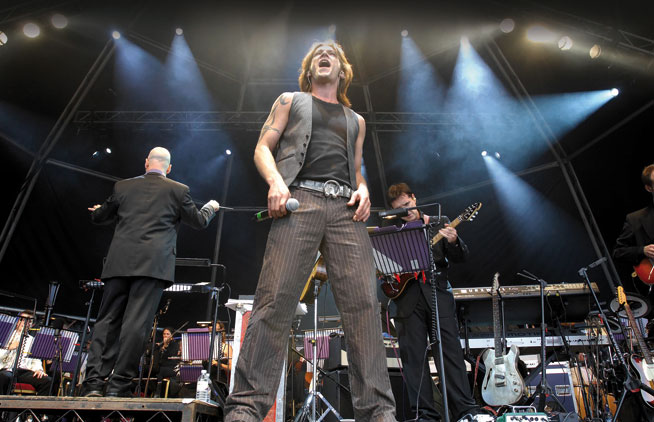 Festive market
Our pals at Dubai92, Catboy and Geordiebird, have helped curate a family-friendly festive market at Jumeirah English Speaking School, near Safa Park. Head down from 3.30pm to 7.30pm for heaps of arts, crafts and other gifts, as well as a Santa’s Grotto.

Check out a new cafe
Cavalli Caffè has launched at The Beach with all the traditional strokes of owner and world renowned designer Robert Cavalli. It offers coffees, desserts and signature dishes created by a team of chefs from all over the world. It says ‘it reflects the friendly and inviting Italian charm with delicate touches added in by the designer himself’. We say, with an exclusive range of Roberto Cavalli Chocolates on sale, it’s worth popping by.

Check out some vintage art
For the vintage art lovers among us, 18 Dubai inspired posters from artist Clare Napper are now on display at Pier 7’s The Scene. Clare’s Highlife Dubai exhibition runs November 24 to December 24. Go and have a look; they’ll all be available to buy online and delivered either as a print, framed or stretched canvas. These would look lovely in our rehearsal studio!

See record-breaking live graffiti
A world record piece of street art is to be created in Dubai as part of the UAE’s 43rd National Day celebrations. The graffiti painting called Rehlatna, or ‘Our Journey’, will be in the shape of the nation and stretch 2180 metres when it is completed. Its creation, which will be spread over two days on November 29 and 30, will be a piece of theatre in itself, with the public are encouraged to head for Jumeirah Beach Park to witness the artists in action. READ MORE. 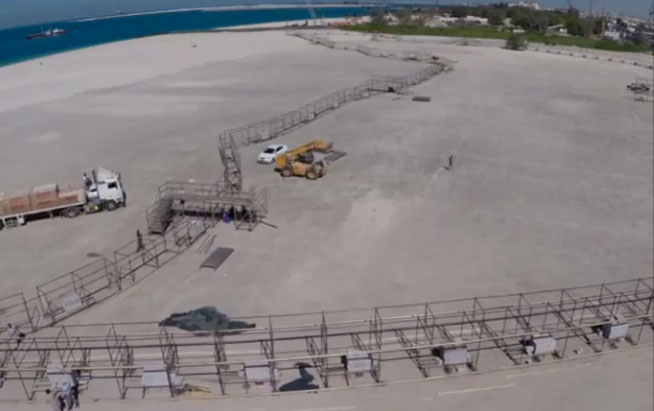 Be SEEN
A special new exhibition featuring the works of one of the most iconic street artists of his generation has launched at Opera Gallery in DIFC. Running from November 26 to December 11, the works of SEEN will showcase the icon’s superhero pieces and will be complimented by Taschen, the leading publisher of books on art, who will be displaying its latest DC Comics Collectors book.

Ride a luxury taxi
Throughout Friday and Saturday (and also next weekend), some of the planet’s most luxurious vehicles will help highlight the Dubai Motor Festival by ferrying enthusiasts from high footfall areas such as Downtown Dubai, Dubai Marina, and the airports. Cars valued in excess of Dhs1m, including a Ferrari 458, Bentley Continental GT, Rolls Royce Ghost and Lamborghini Gallardo, are among those being used, as is a stretch Mercedes G Class. READ MORE. 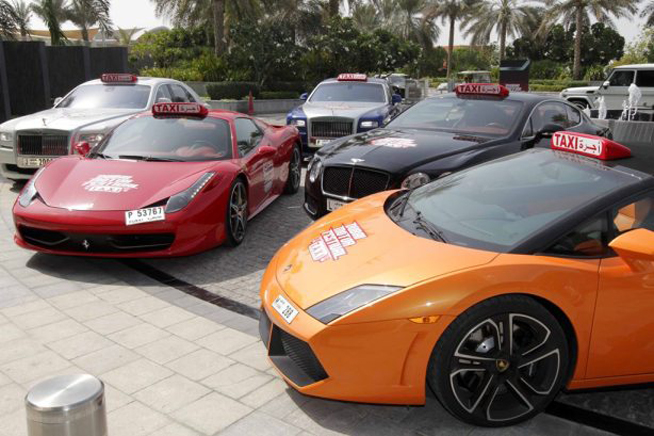 Support The Colour Run
Hailed as ‘The Happiest 5k On The Planet’, The Colour Run is back. Last year’s events in Dubai and Abu Dhabi were part of more than 100 around the world, participated in by more than a million people, all of whom start wearing all white and finish it splatted like a rainbow. 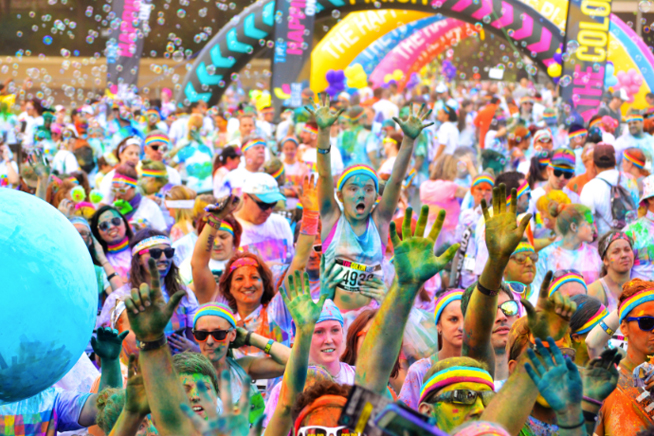 Have a BBQ at Quantum
A poolside BBQ at the H hotel featuring a buffet spread of steaks, lobster and corn on the cob with fresh salads and free flowing beverages. 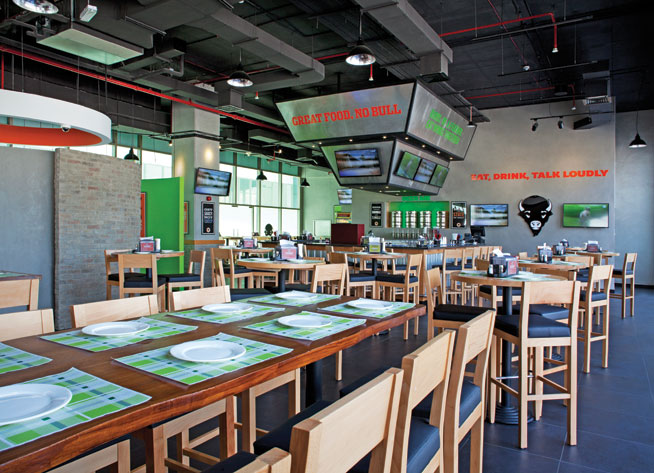 Bapas Sessions
The beautiful Belgian restaurant and lounge at H Hotel hosts the finals of their monthly singer/songwriter contest, ’Sessions Live at Bapas’. Winners from the original jam held earlier this month will be back, each playing a 30-minute set of original or cover songs. Enjoy the tunes while tucking into European-styled tapas dishes in a sleek and relaxed atmosphere.

Culture
Eat & Drink
News
Nightlife
Sport & Fitness
Things to do
Well-being
EDITOR’S PICKS
Here's the full list of UAE public holidays in 2023
READ MORE
23 incredible things to look forward to in the UAE in 2023
READ MORE
Hidden gems: 10 UAE desert pop-ups to discover this winter
READ MORE
Where to travel in 2023: 10 new flight routes from the UAE
READ MORE
MOST POPULAR
Plans unveiled for a scenic new 93km cycle highway in Dubai
A free full moon beach party is happening in Dubai this weekend
42 parks with outdoor barbecue facilities in Abu Dhabi
Staycation review: Atlantis The Royal
10 of best seafood restaurants in Abu Dhabi
YOU SHOULD CHECK OUT
Our website uses cookies and other similar technologies to improve our site and your online experience. By continuing to use our website you consent to cookies being used. Read our privacy policy here.