How does Yas Marina match up against these sports venues and stadiums?

What’s On looks ahead to Formula One Abu Dhabi Grand Prix at Yas Marina circuit by celebrating the world’s best sports venues and stadiums.


Ahead of the Abu Dhabi Grand Prix at the beautiful Yas Marina circuit, here are the most incredible sporting venues you have to see before you die. 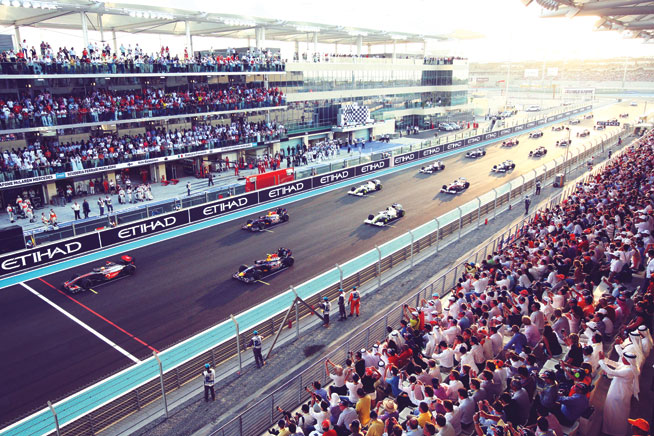 Venue: Cape Town Stadium
City: Cape Town, South Africa
Sport: Football
Known as the Green Point Stadium by locals (it’s situated in the Green Point district of the city), construction on Cape Town Stadium began in 2007 and took almost three years to complete, at a cost of about Dhs2.2 billion. Since then it has been declared the second beauty spot of the city (after Table Mountain) and hosts international football and rugby games. 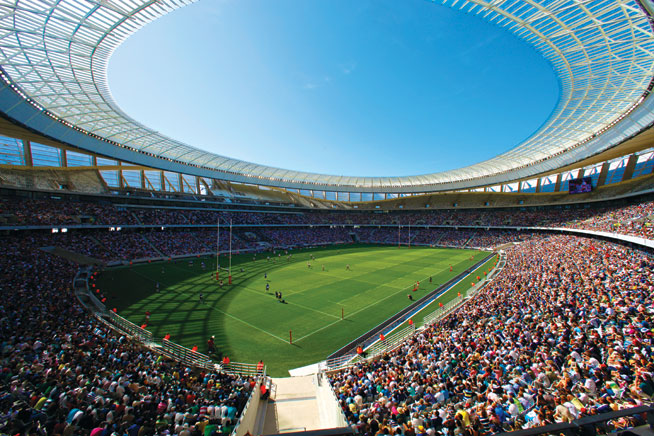 Venue: Augusta National Golf Club
City: Augusta, Georgia, USA
Sport: Golf
Open since 1933 on the site of an old fruit farm, this peach of a course is one of the most famous in the world and is always voted the best in America. Since 1934, it has played host to the annual Masters Tournament, one of golf’s four major tournaments – and the only one to be played at the same course every year. US politician Condaleeza Rice was the club’s first female member. 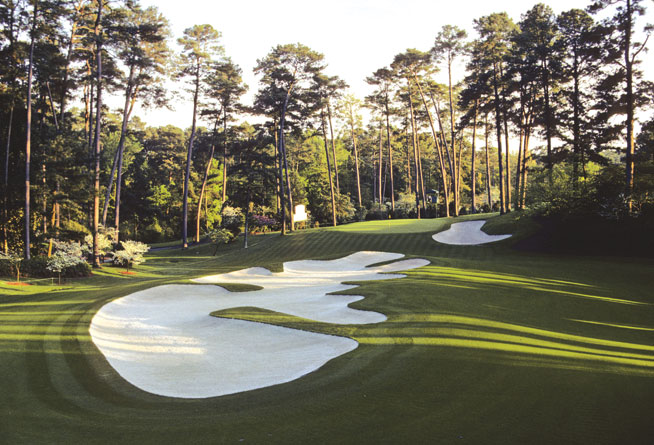 Venue: All England Club
City: London, England
Sport: Tennis
Colloquially known as Wimbledon, the All England Club has been holding championships since 1877. Still loved for its tradition, eccentricity, pomposity and crackling atmosphere, the people watching (and strawberry and cream eating) is as enjoyable as the tennis. 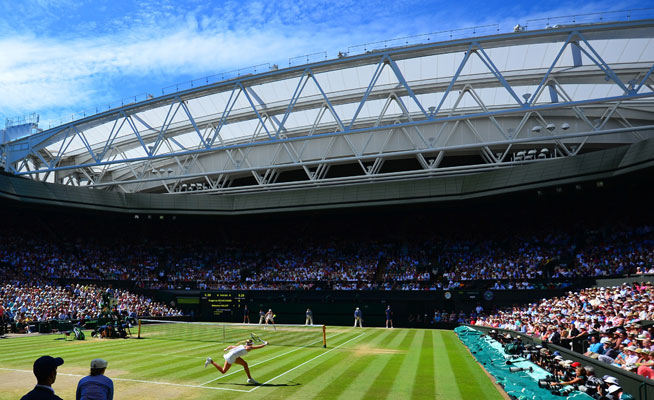 Venue: Saratoga Race Course
City: Saratoga Springs, New York, USA
Sport: Horse racing
With a capacity of 50,000, the noise can be deafening during a race at Saratoga, the third oldest racetrack in the US. Since 1863, punters have been watching the world’s finest horses head for the finishing post. Singer Carly Simon’s ex was obviously a visitor, because in her 1972 hit You’re So Vain she sang, “I hear you went up to Saratoga and your horse naturally won.” He was one of the lucky ones, then. 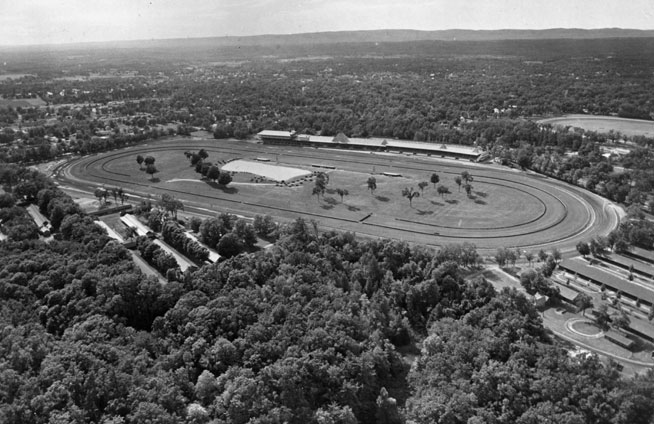 Venue: Olympiastadion
City: Munich, Germany
Sport: Athletics
Built for the 1972 Olympics, then home to FC Bayern Munich, this German stadium is now an entertainment venue. Ahead of its time architecturally, this stadium has been the benchmark for subsequent stadiums, and it’s now the hottest place in Germany to see a live gig, with everyone from Michael Jackson to Take That selling out here. 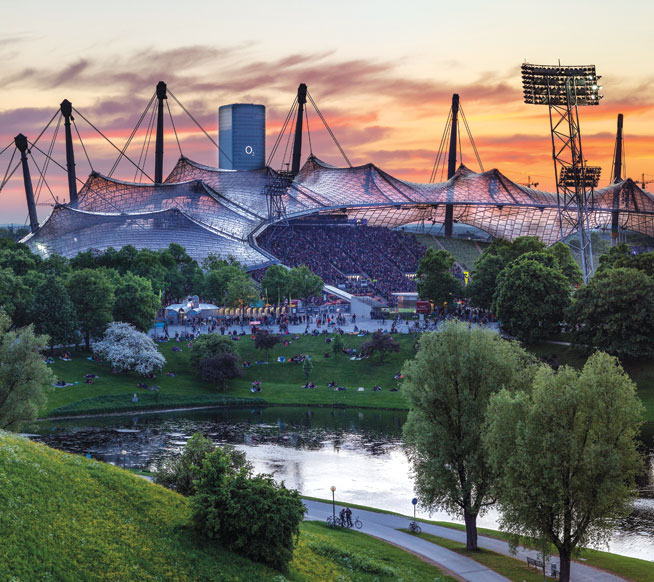 Venue: Himachal Pradesh Cricket Stadium
City: Dharamshala, India
Sport: Cricket
More than just a sports venue, this stadium offers a slice of spectacular natural wonder. Set 1,457 metres above sea level, balls are whacked and wickets knocked over here in the town that is home to the Dalai Lama. Players compete against a backdrop of the stunning, snow-capped Himalayan mountains. A little hard to get to (the nearest airport is 250 kilometres away), the rare international matches played here become the stuff of legend. 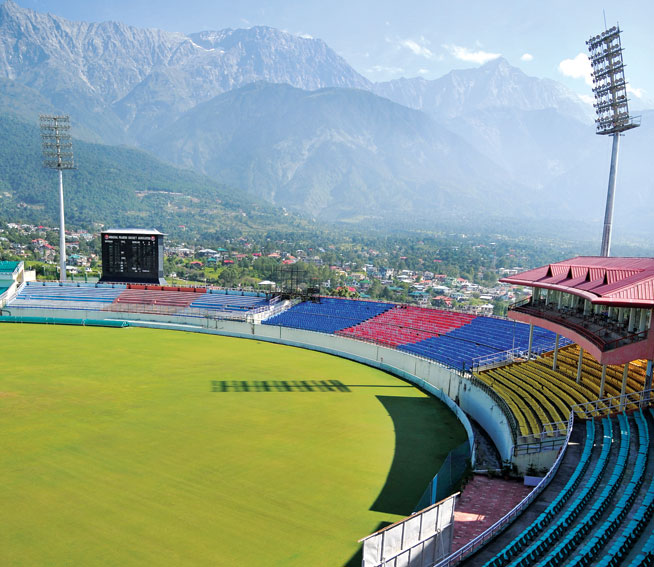 Venue: Fenway Park
City: Boston, USA
Sport: Baseball
If you want to be taken out to a ball game in America, the most iconic place to buy your peanuts and Cracker Jack is the home of the Boston Red Sox, Fenway Park. Since 1912, it’s attracted the most passionate fans and lots of trophies. Just don’t mention the Red Sox’s rivals the New York Yankees. 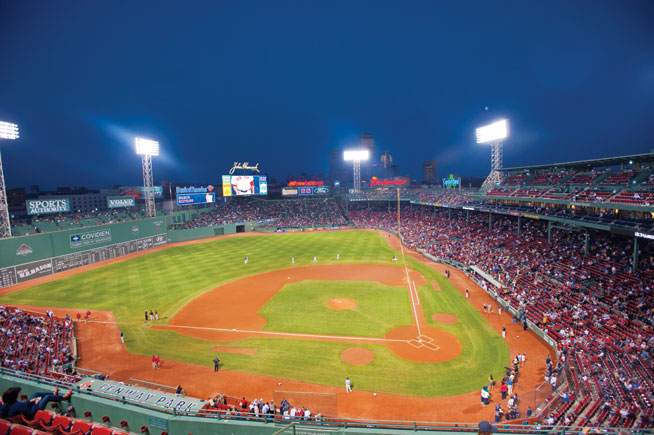 Venue: National Aquatics Centre
City: Beijing, China
Sport: Swimming
In July 2003, the unique water cube design was chosen from ten proposals entered in an international architectural competition to make the 2008 Olympics swimming arena. In the international spirit of the Olympics, the designers from China and Australia came up with the stunning exterior together. The Chinese crew felt a square was symbolic to Chinese culture, while the Aussie group liked the idea of covering the cube with bubbles, to represent the water it contained. The result is stunning. 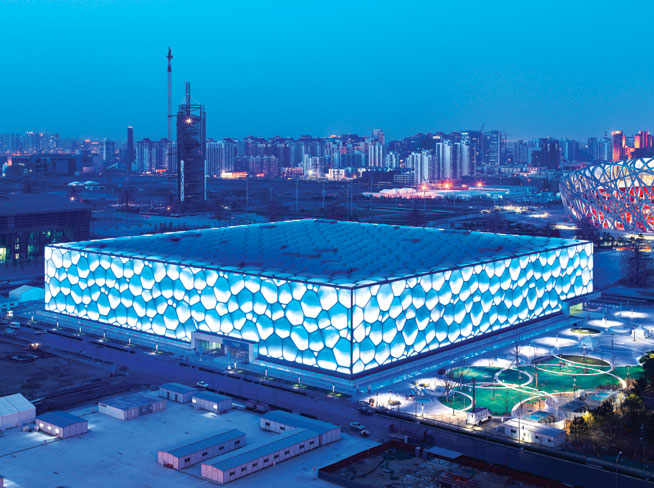 Venue: AT&T Stadium
City: Dallas, USA
Sport: American Football
Previously known as the Cowboys Stadium, and famous for its retractable roof, this facility represents Texas: big, bold, full of money and confidence. It cost Dhs4 billion to erect, nearly double the estimated cost, and is officially the most expensive sports venue in the world. But it also has an annoying claim to fame, as the only NFL stadium that is completely inaccessible via public transport and therefore causing traffic chaos. 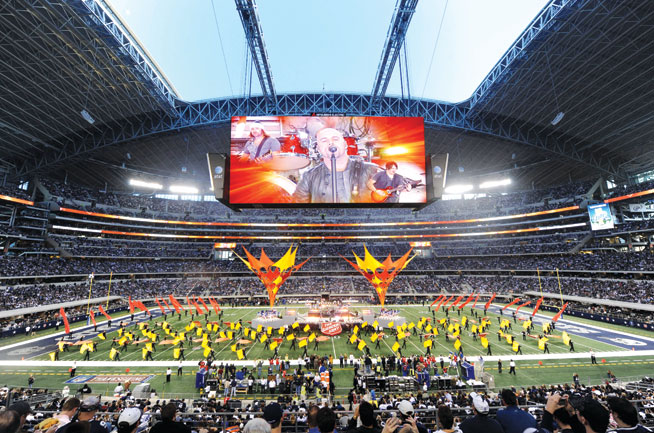 News
Salaam!
Sport & Fitness
Travel
Travel Guides
EDITOR’S PICKS
Ramadan in Dubai: 50 iftars to try
READ MORE
Where can Dubai residents travel? Check out these 14 destinations
READ MORE
Rumours, facts and reveals: New Abu Dhabi bars and restaurants
READ MORE
UAE announces reduced working hours for Ramadan 2021
READ MORE
MOST POPULAR
There's a 30 per cent sale taking place during the long weekend on LegalHomeDelivery.com
Pics of the week: Your best photos of the UAE
Here's why you need to visit Mimi Kakushi's new Friday lunch
New films to watch in cinemas this week: May 13 to 19
Torno Subito's new lunch menu offers a quick mid-week vacation
YOU SHOULD CHECK OUT
Our website uses cookies and other similar technologies to improve our site and your online experience. By continuing to use our website you consent to cookies being used. Read our privacy policy here.