What’s On announces a Michael Bublé concert in Dubai, at Dubai International Stadium, March 12 and 13, 2015. Get ticket information.

If you weren’t feeling Christmassy yet, news that Canadian crooner Michael Bublé is bringing his old-school smooth tones to the UAE is sure to get you in the festive mood.

The Grammy award winner will take to the stage at the Dubai International Stadium in Sports City for two days – March 12 and 13, 2015.

Best known for his covers of classics such as Feeling Good and Somethin’ Stupid as well as originals like Haven’t met you yet, and Home, Buble will bring his award-winning To Be Loved world tour to Dubai. Michael has been selling out arenas across the globe, making his To Be Loved show –  also the name of his sixth album –  one of the year’s hottest concert tickets. In London, he was originally slated to do six nights at the London’s O2 Arena, but had to add four extra shows when the first run sold-out in just five minutes.

Here’s his message to Dubai:

“No one can accuse Michael Bublé of being anything but a crowd-pleaser,” The Telegraph lauded, adding that the Canadian superstar “had the audience shrieking in appreciation.”

Commenting on his forthcoming show in Dubai, Bublé said: “I have travelled to many wonderful places around the world but the Middle East is somewhere that I have always wanted to perform. I have such incredibly loyal and supportive fans here in the UAE and I cannot wait to meet them,” Bublé said in a statement.

“Although I will only be in Dubai for a short time, I promise you it will be a night to remember. I want to take you on a wonderful journey about love — all different kinds of love. The album swings big time, it rocks, it’s soulful, it’s happy, sometimes a little sad… it’s romantic, it’s yummy and it’s heartfelt.” 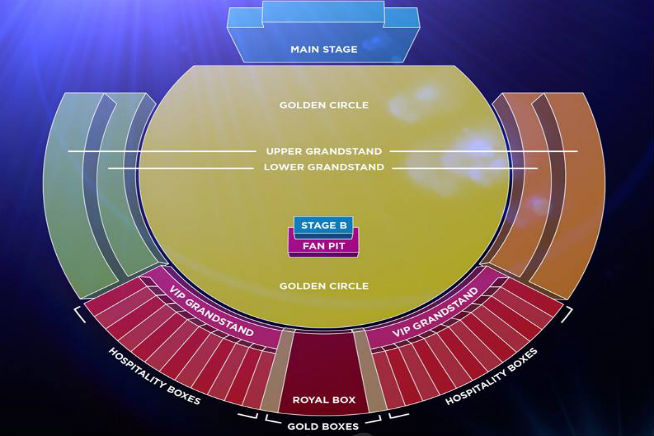 
Tickets go on sale on Wednesday January 7 10am from michaelbubledubai.com

News
Nightlife
EDITOR’S PICKS
UAE holiday dates announced for Eid Al Adha
READ MORE
Emirates extends suspension of flights from India to UAE again
READ MORE
Coming soon: Everything we know about Ain Dubai so far
READ MORE
Khorfakkan set to open new tourist attraction 580 metres above sea level
READ MORE
MOST POPULAR
6 brilliant hair and beauty deals in Dubai salons right now
There's an epic 2-for-1 deal on this new Abu Dhabi brunch
The next Regional Artist Spotlight rising star is: Moh Flow
Myrra by Opa launches Greek and Spanish Saturday brunch
Stargaze at night from Palm Jumeirah's sky-high observation deck
YOU SHOULD CHECK OUT
Our website uses cookies and other similar technologies to improve our site and your online experience. By continuing to use our website you consent to cookies being used. Read our privacy policy here.