DIFF 2014: How to get tickets for the films you shouldn't miss

What’s On previews Dubai International Film Festival 2014, with info on free screenings, how to get tickets for the best films at DIFF 2014.

The Dubai International Film Festival is back for its 11th year, and packing just as much as the record-breaking 10th anniversary edition of 2013.

A total of 118 features, film shorts and documentaries will be screened across eight days, starting December 10, with The Theory Of Everything, the story of one the planet’s finest minds, Stephen Hawking, taking the prestigious opening slot.  In total, there will be 55 international premieres from 48 countries in 34 languages. It truly is a festival for the whole world.

Following the likes of American Hustle, The Railway Man, The Secret Life Of Walter Mitty, Frozen, Inside Llewyn Davis, Champ Of The Camp and 12 Years A Slave – which went on to win Best Film at the Oscars earlier this year – organisers have once again landed a series of top notch Hollywood productions to partner the very best in local talent.

Among the A-listers to star in the Cinema Of The World section of the 11th instalment of DIFF are Benedict Cumberbatch, Keira Knightley, Reese Witherspoon, Channing Tatum, Steve Carell, Meryl Streep, Johnny Depp and Laura Dern.

That’s all well and good, but how can you be involved? A variety of ticket packages are available to buy online (dubaifilmfest.com), starting from Dhs80 for the Arab Film package and rising to Dhs500 for the Red Carpet Gala package. During the festival tickets for individual screenings will be available from DIFF box offices at Souk Madinat, the Madinat Arena, and VOX Cinema at Mall Of The Emirates. Prices start from Dhs15 for students.

There are also free public film screenings at The Beach, opposite JBR, starting at 7.30 pm. There, things start on Wednesday with a live broadcast of the opening night red carpet from Madinat Arena. Then, until the Dec 16, ‘St Vincent’, ‘I Am Big Bird’, ‘Meet the Patels’, ‘Abood Kandaishan’, ‘The Crow’s Egg’, ‘Red Army’ and ‘X+Y’ will all be shown.

PICK OF THE BUNCH
Check out the films our experts don’t think you should miss, as well as details of when they will be screened.

A Most Violent Year
Director: J. C. Chandor
Cast:  Oscar Isaac, Jessica Chastain, David Oyelowo
Showing: Madinat Arena. Saturday December 13, 2pm
The American dream gone sour, this movie charts the efforts of immigrants to make it Stateside in 1981, statistically one of the most violent years in the New York’s history. The film shines a light on criminal temptations that swirl around the life of Abel Morales and his family.

FURTHER AFIELD The pick of the foreign language films

Court
Director: Chaitanya Tamhane
Cast: Vira Sathidar, Vivek Gomber, Geetanjali Kulkami
Showing: Mall Of The Emirates. Monday December 15, 9.30pm
Mall Of The Emirates. Wednesday December 17, 6pm
The debut feature from director Chaitanya Tamhane, a blistering commentary on India’s justice system, scooped two prizes at the Venice Film Festival, including the Lion Of The Future award for best first work. The film follows Naraya Kamble, a social activist who is charged with inciting a sewage worker to commit suicide through one of his songs.

The Goob
Director: Guy Myhill
Cast: Liam Walpole, Sienna Guillory
Showing: Mall Of The Emirates. Thursday December 11, 6pm; Saturday December 13, 6.30pm
Newcomer Liam Walpole, who stars in this languid drama set in Norfolk in England, was unemployed before he bumped into the casting director on his local street and found himself with a leading role in a movie. Walpole plays Goob, an aimless teen who spends his summer days helping his mum at her roadside burger bar, and avoiding her menacing boyfriend, played by The Borgias star Sean Harris. 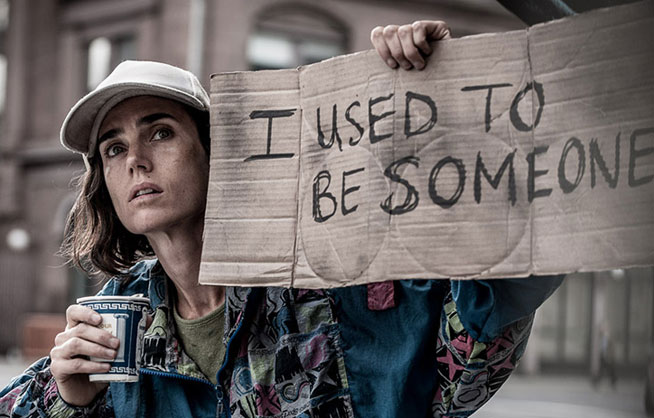 Trip Along Exodus
Director: Hind Shoufani.
Showing: Mall Of The Emirates. Friday December 12, 8.30pm
Mall Of The Emirates. Monday December 15, 9.30pm
Trip Along Exodus gives voice to a man who opposed the mainstream policies of settlement that Yasser Arafat adopted in the early 1980s. Outspoken and forthright, Shoufani was at the forefront of a violent split within the Fatah movement that erupted in 1983, with the Syrian-backed faction attempting to end Arafat’s vice-like grip on the PLO. Joined by the Democratic Front for the Liberation of Palestine, the Popular Front for the Liberation of Palestine, and the Palestinian communists headquartered in Damascus, the Fatah rebels denounced Arafat’s mainstream PLO as corrupt and willing to sell out the Palestinian cause for their own gain. The rebellion led to several years of open conflict and to Shoufani’s 20-year opposition to Arafat.

Culture
Film
News
EDITOR’S PICKS
Ain Dubai will open with fireworks, live music and a drone show
READ MORE
Incredible Aura SkyPool to open in Palm Tower this November
READ MORE
Brit Grand Slam hero Emma Raducanu confirmed for Mubadala Tennis
READ MORE
What’s On Nightlife Awards 2021: Here are the nominees...
READ MORE
MOST POPULAR
Nancy Ajram and Ragheb Alama are performing at Expo 2020 Dubai in November
Miami Beach-inspired luxury resort Th8 Palm is opening in November
Watch your next film under the stars as outdoor cinemas return to Dubai
This new ladies' night offers a free open bar every Tuesday
This Sicilian rooftop party brings Godfather glamour to Dubai
YOU SHOULD CHECK OUT
Our website uses cookies and other similar technologies to improve our site and your online experience. By continuing to use our website you consent to cookies being used. Read our privacy policy here.