What’s On has the best pictures and videos of the Dubai fireworks on New Year’s Eve, from Burj Khalifa, Burj Al Arab and others parties.

A stunning display of fireworks lit up Dubai Downtown’s night sky as massive crowds descended to the base of Burj Khalifa for the arrival of 2015.

Revellers watched on as a giant clock – illuminated on the side of the world’s tallest skyscraper – counted down to midnight triggering wild celebrations across the city. 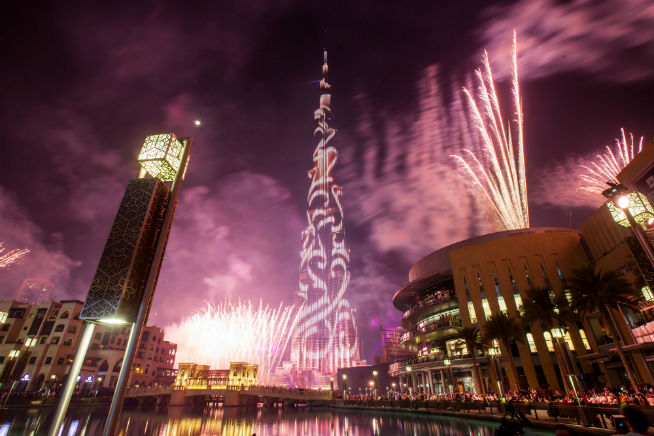 Then, as music and fireworks take centre stage, the words Happy New Year appear on the building, first in Arabic then English with enormous portraits of the country’s rulers emblazoned on the buildings’ facade. 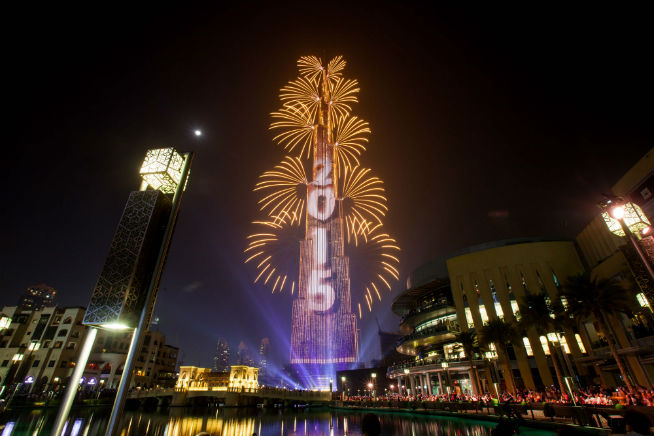 The fireworks display covered much of Downtown Dubai and ran for over 10 minutes incorporating The Dubai Fountain, The Address Hotels, and the Old Town, while using the surrounding residential buildings as bases to set off the fireworks. As a finale, the Burj Khalifa was lit up to resemble the UAE flag.

Meanwhile, fireworks lit up the night sky at other iconic landmarks in Dubai including the Burj Al Arab. 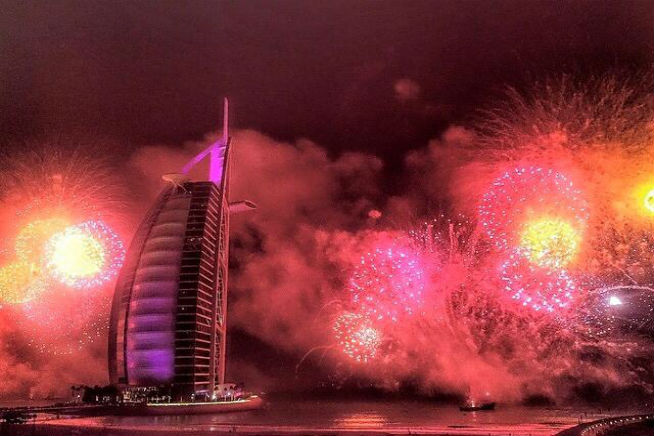 Elsewhere, party-goers celebrated throughout the night at Meydan Racecourse where American singer Pharrell Williams headlined and E! presenter Giuliana Rancic announced the countdown. Others headed to the Dubai Media City Amphitheatre for the much-anticipated MasterJam NYE with headliners including disco divas Chaka Khan, Kathy Sledge, Gloria Gaynor as well as Nile Rogers and the the Kings of Funk, The Jacksons. 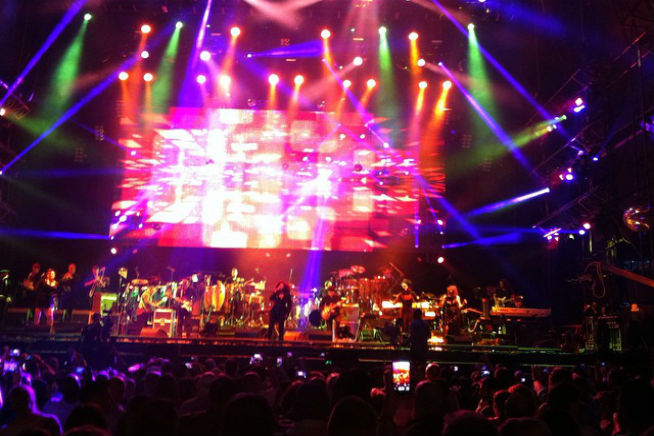 News
EDITOR’S PICKS
So, when is the next UAE public holiday in 2021?
READ MORE
All of the lavish new hotels set to open in Dubai in 2021
READ MORE
16 of the best pool passes in Dubai that are fully redeemable
READ MORE
All of the restaurants at West Beach, Palm Jumeirah
READ MORE
MOST POPULAR
A unique courtroom drama is being staged at The Junction this June
10 amazing new restaurants and cafes coming to Saadiyat Island
This Dubai bar is hosting the ultimate 'Friends'-themed night out
This fun Dubai staycation includes waterpark access
6 awesome things to do in Dubai this week: June 13 to 16
YOU SHOULD CHECK OUT
Our website uses cookies and other similar technologies to improve our site and your online experience. By continuing to use our website you consent to cookies being used. Read our privacy policy here.