What’s On has details of a theatre festival, Short+Sweet, that invites theatre clubs in Dubai to take part at Ductac this February.

The Short+Sweet Dubai Theatre Festival is back.

Over four weekends, 250 of Dubai’s best locally-based writers, directors and actors take to the stage to bring to life 70 ten-minute theatrical gems.

The Short+Sweet Dubai Theatre Festival is part of a global initative, Short+Sweet, the largest ten-minute play festival in the world, that now runs in twenty-one cities in six countries. 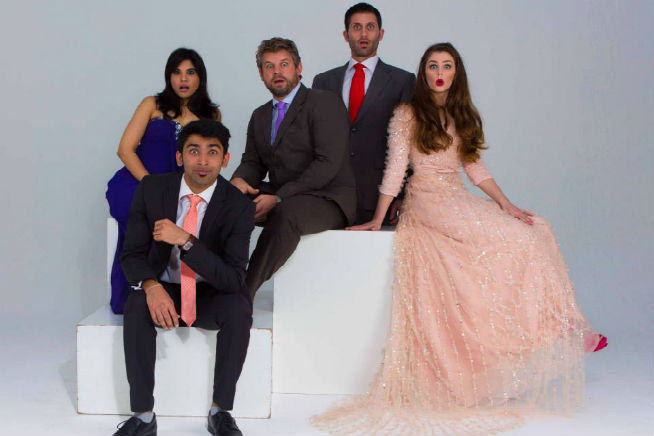 The festival includes a talented programme of many of Dubai’s top local theatre groups including Backstage, Dubai Drama Group, Third Half Theatre, Loom Ensemble, Theatrics, The Ripple Effect as well as the American School of Dubai.

“As we are well aware in Dubai the focus is often on acts brought in from overseas of varying quality”, said Festival Producer, Alex Broun, also the world’s leading ten-minute playwright.

”But Short+Sweet Dubai is the chance for Dubai actors, directors and writers to grab their moment in the spotlight. There are some extraordinarily talented theatre artists based right here in Dubai so this is a chance for audiences to check out not what’s happening in India or the UK – but what’s happening in the theatre scene right here in Dubai.”

The festival culminates on the weekend of February 27 and 28 with a red carpet gala final where the best 11 plays of the festival compete for the coveted 1st place prize.

Culture
Theatre
EDITOR’S PICKS
Ain Dubai will open with fireworks, live music and a drone show
READ MORE
Incredible Aura SkyPool to open in Palm Tower this November
READ MORE
Brit Grand Slam hero Emma Raducanu confirmed for Mubadala Tennis
READ MORE
What’s On Nightlife Awards 2021: Here are the nominees...
READ MORE
MOST POPULAR
Nancy Ajram and Ragheb Alama are performing at Expo 2020 Dubai in November
Miami Beach-inspired luxury resort Th8 Palm is opening in November
Watch your next film under the stars as outdoor cinemas return to Dubai
This new ladies' night offers a free open bar every Tuesday
This Sicilian rooftop party brings Godfather glamour to Dubai
YOU SHOULD CHECK OUT
Our website uses cookies and other similar technologies to improve our site and your online experience. By continuing to use our website you consent to cookies being used. Read our privacy policy here.