What’s On has a new healthy eating in Dubai guide, this time with feel-good desserts at Comptoir 102, Spill The Bean, Kitsch, Omnia Gourmet.

It’s the time of year when a mere mention of the word ‘gingerbread’ makes your stomach churn in protest, but that shouldn’t mean treats are off the menu altogether. We’re only human, after all.

Fortunately, the six desserts here contain only wholesome, plant-based ingredients – dairy and refined sugar are definitely not invited to this party. And before you move on in disgust, rest assured that any one of the goodies listed here could hold its own against a traditional (read: sugar-laden) dessert in the flavour department. 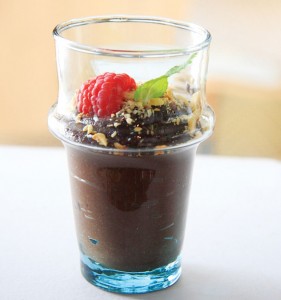 Comptoir 102’s Choco Petit Pot
This is the Bernie Ecclestone of desserts: small and rich. A dainty glass filled with a mixture of cacao, cashews and dates (plus a mystery ingredient the tight-lipped Comptoir team refused to reveal, the spoilsports) that has been blended to a decadent, mousse-like texture. We had to double check to confirm there was definitely no cream in here. The crushed hazelnuts sprinkled on top add a lovely bit of crunch.

Lecia & Vivian Desserts’ biscotti
No amount of festive over-indulgence could put us off biscuits long term. But come January the cupboards tend to be bare, stripped of cookies, HobNobs, and Rich Tea due to visitor season (the dearth of biscuits is the fault of the visitors, not us). Replenish your supplies with something a little more exotic – and healthy – in the shape of Lecia & Vivian Desserts’ handmade biscotti. The treats manage to be flavourful and crunchy as well as raw and vegan. They come in three flavours: tropical, hazelnut cacao, and orange, pistachio and cherry. 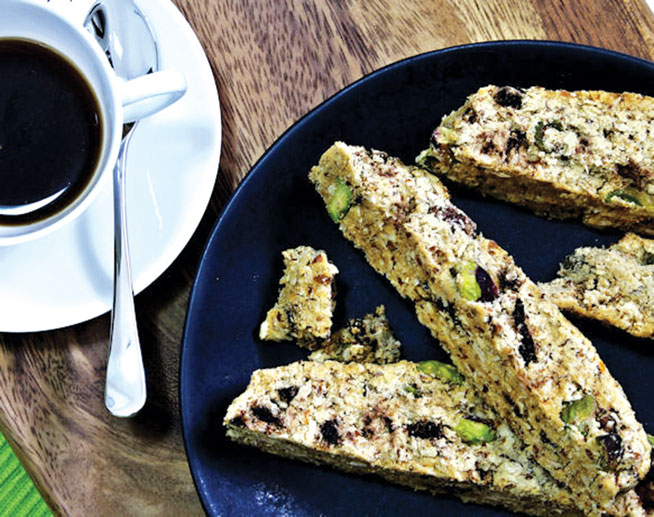 NYLA Kitchen’s Energiser smoothie
The title of this one does it no justice. We reckon NYLA Kitchen should have called it “The Closest You Can Get To A Thick Chocolate Milkshake Without The Bad Stuff”. Not as catchy, but it sums up this creamy blend of cacao powder, coconut oil, almond milk, banana and dates. It’s hard to believe there’s a dash of spirulina in there too. 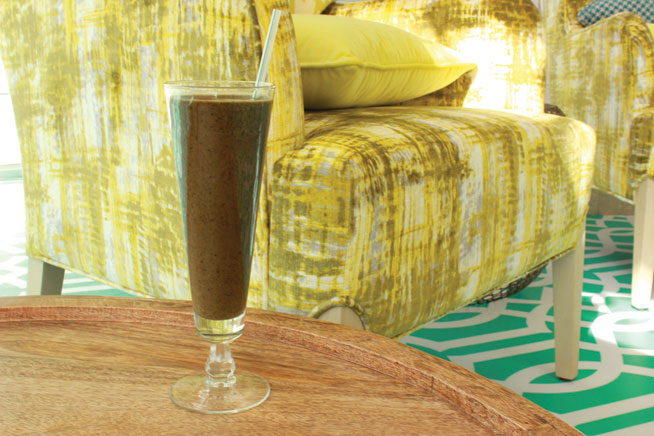 Omnia Gourmet’s vegan cheesecake
Give a slice of this cake from Silvena Rowe’s first Dubai venture – which won favourite healthy eating restaurant at the What’s On Awards 2014 – to a health food sceptic, step back, and witness a conversion. It’s raw, but the light and crumbly texture is closer to a baked cheesecake than the refrigerated variety. Omnia has also nailed the biscuit-like base. Rowe’s efforts to bring the taste of good cheesecake to Dubai’s dairy intolerant community are to be commended.

Spill The Bean’s Chocolate Avocado Pudding
Avocados are usually found in a salad, or in the form of guacamole with a bag of tortilla chips. But in a dessert? We were dubious to say the least. That is until we tried this pudding at Spill The Bean. The creamy mixture of avocados, dates and unsweetened chocolate has added texture thanks to the crumb layers, made up of crushed walnuts and spices. 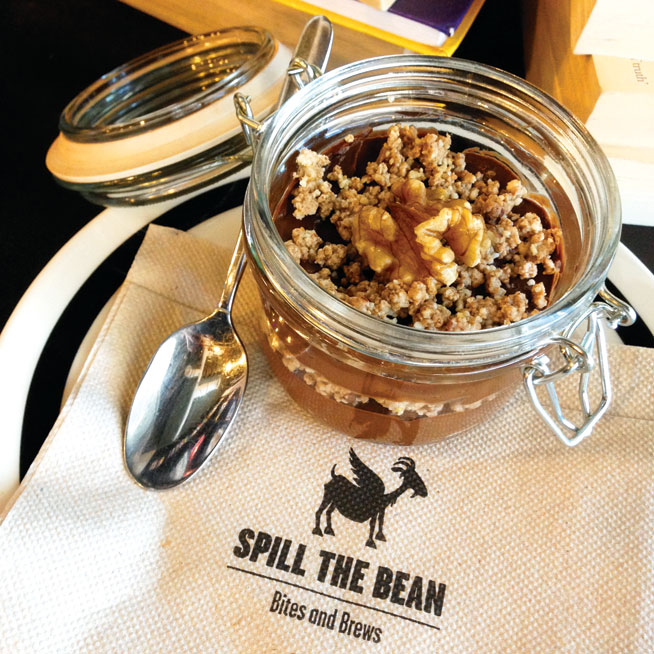 Kitsch Counter’s Almond Banana Muffin
These muffins are paleo friendly, meaning they’re free from the grains, dairy and refined sugar shunned by “caveman” dieters. So what the heck is in them? Just bananas, almonds, and a couple of other plant-based ingredients. Despite the absence of any butter or added sugar, these muffins are super sweet and melt-in-the-mouth. Perfect with a cup of coffee – sans milk, obviously.