New art project will show your heartbeat in lights above UAE

What’s On tell of how you can get involved in Pulse Corniche in Abu Dhabi, a new Abu Dhabi art and culture project by Rafael Lozano-Hemmer.

Residents in the capital will be able to take part in a new interactive art installation in January on the Abu Dhabi Corniche.

Created by Mexican-Canadian artist Rafael Lozano-Hemmer, Pulse Corniche will see residents and guests actually insert their heartbeats into a sequence of lights shone in the sky.

From January 8 to 17, guests can hold special sensors located on the Corniche East Plaza in the evening for five to fifteen seconds until their heartbeat is detected and translated into a light sequence. Depending on each body, the intensity and direction of lights will adjust.

The award-wining artist’s work, who has collections in MoMA in New York and the Tate in London, will be making its debut in Abu Dhabi.

Featuring ten robotic searchlights that will shine in the sky, participation is free.

“Without people the project does not exist,” says Lozano-Hemmer. “A computerised pulse sensor will measure the electrical activity of your heart and translates it into the flashing and movement of the lights, which can be seen from a 15km radius.

“When you release the sensor your heartbeat is recorded, looped and exhibited by the lights together with the heartbeats of the past five participants.”

But be warned, the installation isn’t a spectacle. 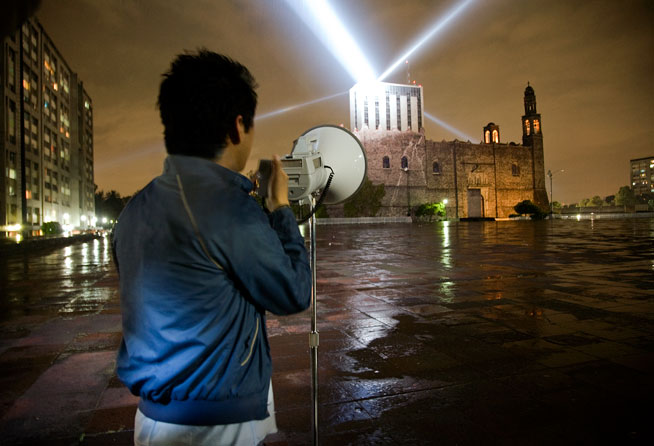 “Anyone who expects a spectacular show will be disappointed: the project is not a show like a fire works display or a concert. It does not have a beginning or end. Instead I like to compare it to a fountain, just a constant flow of quiet light patterns.”

Pulse Corniche is being hosted as part of a series of initiatives celebrating the inaugural art exhibition on display for the up-and-coming Guggenheim Abu Dhabi. Already on display at Manarat Al Saadiyat, the exhibition entitled ‘Seeing Through Light: Selections from the Guggenheim Abu Dhabi’ offers guests a preview of the museum’s permanent collection. The show, which was originally scheduled to run until January 19, has now been extended until March 26 due to popular demand. 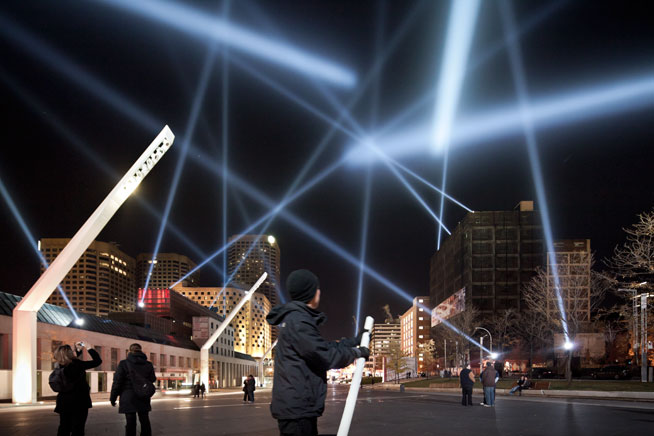 Art
Culture
EDITOR’S PICKS
What’s On Nightlife Awards 2021: Here are the nominees...
READ MORE
It's back! What's On Lock In returns to Media One Hotel
READ MORE
Arts and culture: 5 spots we can't wait to visit at Expo 2020 Dubai
READ MORE
UAE petrol prices are set to decrease in September 2021
READ MORE
MOST POPULAR
Pics of the week: Your best photos of the UAE
How to use Playkey.me, the region's first supercharged cloud gaming service
The Mai Dubai half marathon is back in October
Exhibitions, workshops and more to experience at Sharjah Art Foundation
New Irish pub McCafferty's opens second venue in Dubai
YOU SHOULD CHECK OUT
Our website uses cookies and other similar technologies to improve our site and your online experience. By continuing to use our website you consent to cookies being used. Read our privacy policy here.