What’s On previews the Dubai Food Festival 2015 (Feb 6 to 28). Find out about Beach Canteen, Food trucks in Dubai, and Dubai Food Carnival.

Peruvian cuisine at the Souk Amphitheatre. Live cooking by celebrated British chef Jason Atherton. Food trucks on the beach. Lunchtime pop-up food events. Dining tours. These are just a few of the things we can look forward to during the 2015 Dubai Food Festival. Here are some of the highlights from the 23-day foodie extravaganza.

Food truck lunchtime pop-up market
Office workers of Dubai rejoice: a convoy of gourmet food trucks will be rolling up to the city’s business districts to spice up lunch breaks on weekdays throughout the festival. Forget limp, pre-packaged sandwiches and salads, and feast instead on international cuisine freshly prepared by the chefs on board a fleet of more than ten restaurants on wheels. Move over Los Angeles and step aside Miami, Dubai wants in on the food truck revolution. 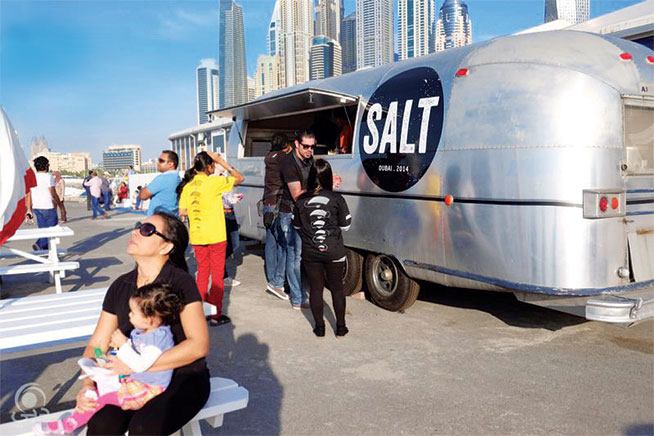 Dine On The Creek
Celebrity chefs take their cuisine to the high seas on a traditional dhow. Yousef Khumayes will entertain diners on board the Rustar Restaurant Dhow on February 10, award-winning Indian chef Sanjeev Kapoor (February 18, Dhs185) and Arabian Manal Al-Alem (February 23, Dhs185), will be on the Al Mansour Restaurant Dhow. 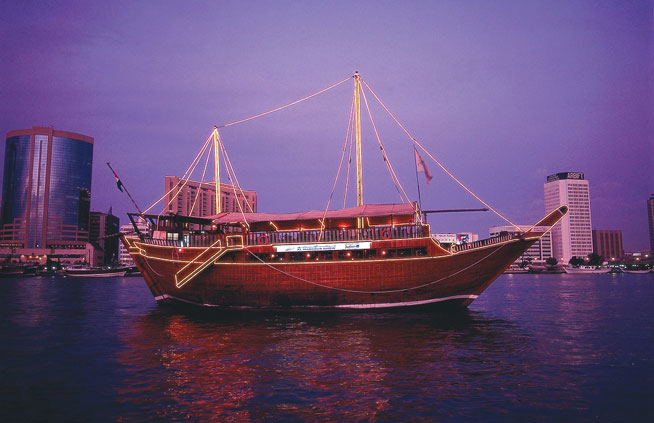 Taste of Peru
Peruvian cuisine is officially having a moment. Taste everything that the melting pot of Spanish, Italian, Japanese and Chinese influences has to offer at this three-day celebration at the Souk Amphitheatre. You might not know your ceviche from your tiradito now, but you will by the time you leave.

Dubai Food Carnival
More than 20,000 people from all over the world are expected to visit this family-friendly affair at Dubai International Marine Club. The event will feature more than 80 exhibitors, along with live music and entertainment, cooking competitions, the Dubai Food Festival Food Academy, a fully-licensed bubble lounge and the Chef Dome, which will play host to the likes of Jason Atherton and Sanjeev Kapoor as they show off their culinary skills for the crowds.

Celebrity hotspots tour
You can’t swing a cat in Dubai without hitting at least two celebrities on their hols. It’s perhaps little wonder given the concentration of glamorous restaurants adored by the A-list. Kim Kardashian West embarked on a mini culinary tour during her last visit that took in Toko at Vida Downtown and Yuan at Atlantis. If you fancy spending an evening treading in the footsteps of Kimmy K’s Louboutin shoes, this experience – one of several bespoke dining tours planned as part of the festival – promises a whirlwind limousine tour of the city’s starriest restaurants, sampling signature dishes in private dining rooms, before a meet and greet with a mystery celebrity chef. 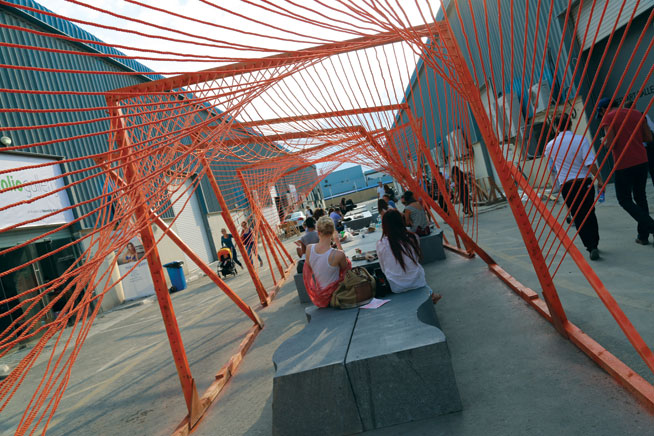 Eat & Drink
News
Salaam!
Things to do
EDITOR’S PICKS
9 royal-approved Dubai restaurants
READ MORE
12 incredible rooftop pools in Dubai to check out
READ MORE
16 of the best beach bars in Dubai for sundowners
READ MORE
Covid-19 rules in Dubai: all the updates you need to be aware of
READ MORE
MOST POPULAR
Join us for a preview of Fairmont Bab Al Bahr's Valentine's dine around
Covid-19: Dubai updates travel rules for inbound passengers
The W Abu Dhabi's Wet Deck pool party is absolute weekend goals
7 amazing art sculptures in Dubai you need to check out
Flash sale: 50 per cent off stays at this luxury Palm Jumeirah resort
8 brilliant things to do in Abu Dhabi this weekend - January 28 to 30
YOU SHOULD CHECK OUT
Our website uses cookies and other similar technologies to improve our site and your online experience. By continuing to use our website you consent to cookies being used. Read our privacy policy here.