Being launched in the air like a rag doll by a three-metre-high wave of roaring water might not sound like much fun, but at Yas Waterworld, it’s known as training.

The UAE’s unusually calm coastline means the words ‘surf’s up’ are rarely heard here, with surfers usually heading to neighbouring Oman or further afield to get their fix. But Abu Dhabi’s water park on Yas Island has come up with a local solution – Bubble’s Barrel, the world’s largest sheet wave.

In layman’s terms, it’s an inclined, curved surface of soft rubber matting, onto which 1,200hp pumps release 7,000 litres of water a second. This creates a ferocious, roaring torrent of ocean. Some people bodyboard the wave (lie on the chest and hold on to a board with hands and elbows), some sit on their knees, but the most advanced stand up and ride it like a surfer on the open seas. 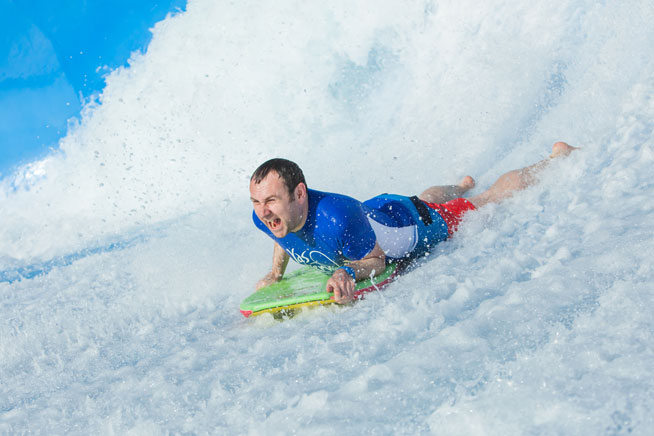 One man who knows how to tame this beast is South African Clayton Barker, who works for Yas Waterworld and was crowned world flowboarding champion in 2011. He holds regular training sessions at the park and has been flowboarding for 12 years, five of those professionally.

“Some people can stand up within an hour, others take a month to get there. It took me ages to learn how to stand, almost 12 hours,” says Clayton. “Bodyboarding is a little bit easier than stand-up riding, but it’s relatively easy if you listen to the instructions. It’s a totally different feeling to any other sport. Water is moving at you, and everything else around you is standing still so you can feel disorientated.”

Clayton’s key to success is simple: relax and listen to instructions. “When bodyboarding, keep your elbows on the board, chest up and relax. When you are standing, 80 per cent of your weight is on your back foot.” 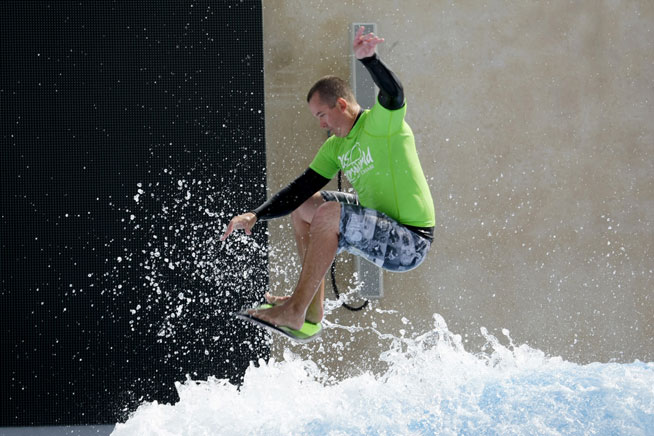 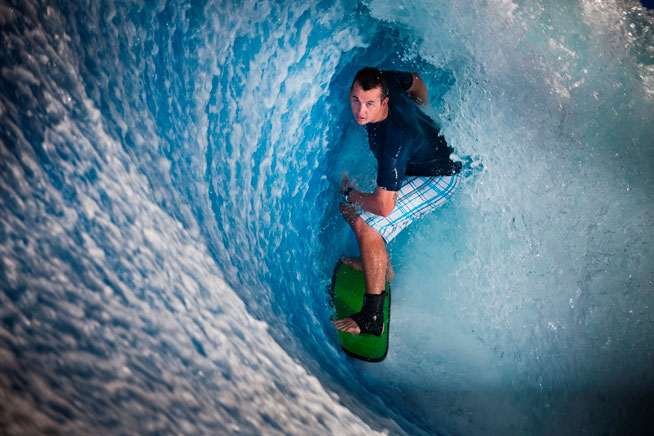 Before you’re allowed on Bubble’s Barrel, you have to learn the basics on Rush Rider, a smaller version of the wave machine. Clayton reassures us the vinyl surface under the wave is soft and forgiving. “It’s like a trampoline. Turn off the water and you can bounce in the middle of it. It doesn’t hurt that much when you fall, it’s a lot softer than you’d expect.”

With the basics mastered, it’s off to bodyboard on Bubble’s Barrel. The roar of the water is intimidating and the sheer force means you are flung backwards as soon as you leap on. It’s a case of holding on for dear life the first couple of goes. While it’s an exhilarating experience, it’s also a disconcerting one when you are flung off the board and flipped over in a massive wave – you have no idea where you are or how much water there is around you. Most importantly, though, it’s lots of fun. 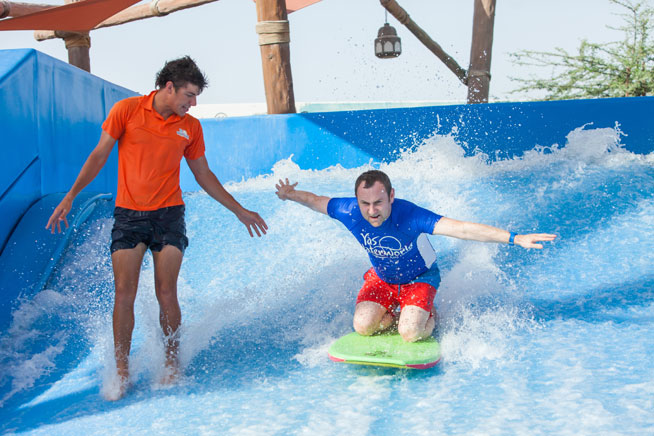