Get fit for a reason - fun runs in Abu Dhabi

What’s On profiles the marathons, triathlons and fun runs in Abu Dhabi and the UAE, including TriYas, Wadi Bih and the ITU World Triathlon.

So you’ve started the year on the right foot, putting in the hours and kilometres. But what to do with this new found fitness? Here we profile some of the races you should look to be taking part in for an overwhelming sense of achievement no gym session can give you.

WADI BIH RUN
Hundreds of athletes will tackle more than 1,000m of ascent from the Musandam peninsula through the stunning Wadi Bih canyon in the 23rd Salomon Wadi Bih Run. The solo race is on Friday February 6, with runners attempting 72km, 50km, or the new 30km route. Relay teams run the 50km course on Friday or the 72km on Saturday February 7. Teams of five must have at least one female. The relay ranges from 1.5km to 4.2km, and individuals take turns to run each stage while teammates travel in the support vehicle. Four members of each team must run the first and final stages together. Registration closes on January 16. Entrants must supply passport and visa details in advance to cross the border at Dibba. All races will start and finish at Dibba’s Golden Tulip Hotel. Runners can stay in the hotel or camp on the nearby beach. 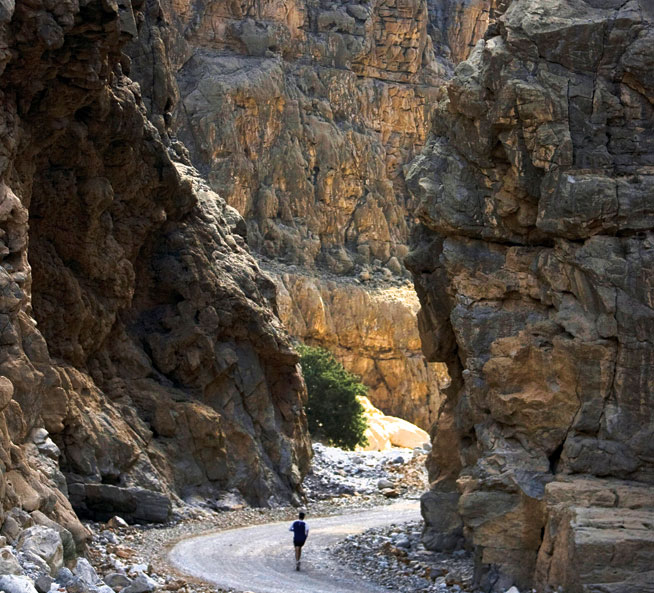 Abu Dhabi Striders Marathon
Catering to both serious runners and beginners, this is a race organised by one of the city’s most active and popular running clubs. Participants can chose the 10k, 21.1k or 42.2k option.

Terry Fox Run
Run for charity with this inspiring 10k event held annually throughout the world to raise awareness about cancer. 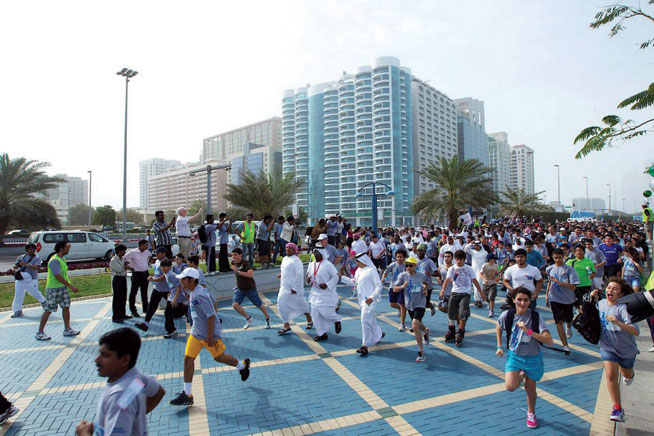 March 6 to 7
Various locations including the Abu Dhabi Sailing & Yacht Club and the Corniche road. abudhabi.triathlon.org

DESERT WARRIOR CHALLENGE
After the success of their first instalment in October last year, The Desert Warrior Challenge is back bigger and tougher than before. Billed as the most extreme military-style endurance obstacle course in the UAE, the 5k and 10k courses are strewed with hurdles that’ll see you running through flames, climbing over walls, crawling through tunnels and tackling them all in a team or individually. While the course design and obstacle layout is still under wraps, we do know that the DWC is moving emirates and will take place at Yas Marina this March. That means a lot more water-based obstacles as well as the standard cargo net structures, ice dunks, and monkey-bar tomfoolery that are now synonymous with the race. Book your place in January and you’ll pay the early bird rate of Dhs365. 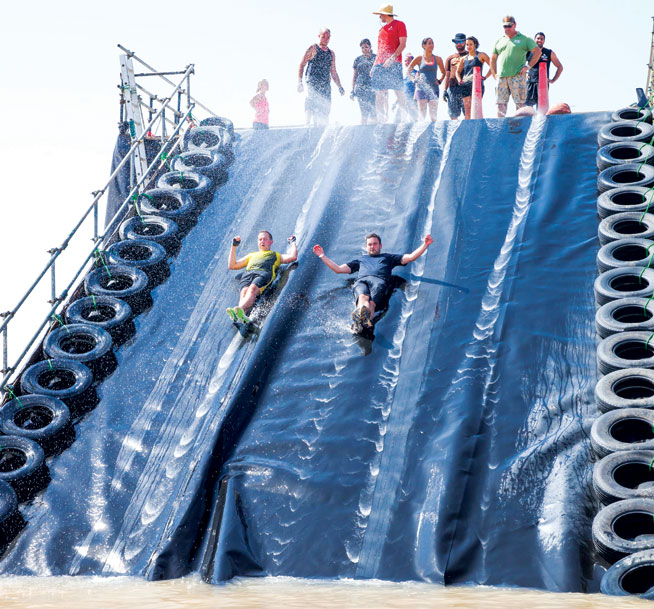 Run round the Emirates
Guests and resort members of the Ritz-Carlton Abu Dhabi Grand Canal can take part in a new cross-country challenge for 2015. Run or walk around the seven emirates (that’s 709km) in 11 months to win a weekend stay for two at the hotel. Clock in your time via Fitbit to see if you can go the distance.

News
Outdoor
Sport & Fitness
Things to do
EDITOR’S PICKS
Here's the full list of UAE public holidays in 2023
READ MORE
23 incredible things to look forward to in the UAE in 2023
READ MORE
Hidden gems: 10 UAE desert pop-ups to discover this winter
READ MORE
Where to travel in 2023: 10 new flight routes from the UAE
READ MORE
MOST POPULAR
The Wizarding World officially comes to Dubai
11 homegrown UAE restaurants that have gone global
13 new brunches in Dubai that will spice up your February
You can now tour these 12 ladies' nights on Yas Island
Sweep your special someone off their feet at TH8 Palm Jumeirah
YOU SHOULD CHECK OUT
Our website uses cookies and other similar technologies to improve our site and your online experience. By continuing to use our website you consent to cookies being used. Read our privacy policy here.