What’s On profiles the annual cultural celebration, Qasr Al Hosn in Abu Dhabi, from February 11 to 21. This is your guide to Qasr Al Hosn.

Hidden among apartment blocks and office towers, the Qasr Al Hosn fort in downtown Abu Dhabi acts as a stark reminder of the rapidly changing history of the city itself. Dubbed the ‘symbolic birthplace’ of the capital, the oldest built structure in Abu Dhabi is once again opening its doors this month to the public for its annual festival.

This year’s edition is inspired by two themes: the historic structure itself, and the importance of modern heritage. Guests will be able to take part in guided tours of the fort, check out live performances and learn more about the restoration process currently being conducted on the structure.

“We are not just celebrating monuments; we are celebrating the people that have carried the story of a nation generation to generation,” says HE Sheikh Sultan Bin Tahnoon Al Nahyan, chairman of the Abu Dhabi Tourism & Culture Authority. “We are looking to illustrate the importance of conserving the fort as a symbol of great significance in Emirati history.”

Fort Tours
Step inside the fort itself for a special tour. The courtyard areas of the inner fort and palace will be opened to visitors on guided tours, and for the first time ever, you can glimpse the living quarters. While you are there, check out the conservation work taking place to preserve the oldest permanent structure in Abu Dhabi.

Amphitheatre performances
A heritage show will take place in the Cultural Foundation Building, a structure built in 1981 to showcase the traditions of the Emirates. Performances include Emirati folk songs, a series of short films produced by twofour54 in the ‘Cinema Emaratiya,’ and a sand art performance accompanied by live Rababa music.

Qasr Al Hosn Exhibition
The exhibition will explain more about the development of Abu Dhabi as a city, from the initial founding to the bustling capital it is today. 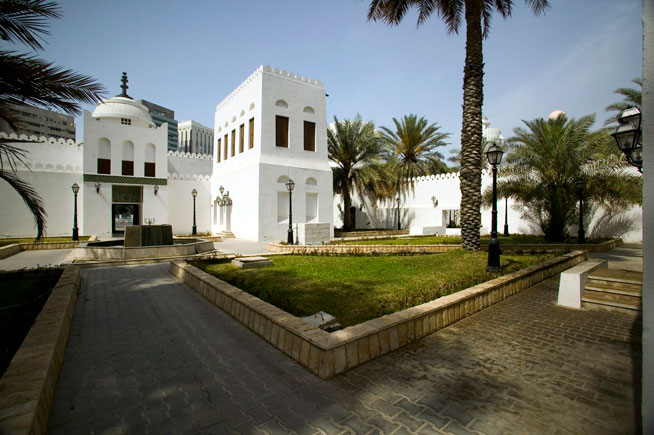 Gahwa
Returning again this year, this experience will teach guests all about the importance and etiquette of drinking Arabian coffee.

The National Consultative Council Chamber experience
Take a peek into the place where the father of the nation, the late Sheikh Zayed Bin Sultan Al Nahyan, held meetings to negotiate the formation and union of the UAE in 1971.