Best Of British: Jackmaster jets in for Blue Marlin set

What’s On teams up with Hype to preview British DJ Jackmaster in Dubai at Blue Marlin Ibiza UAE on February 6. Read a Jackmaster interview.

“There have been a couple of times when I felt like I was close to breaking point,” says Jackmaster from Glasgow airport, reflecting on 2014. “My life would be a lot easier if I moved to Berlin or London but Glasgow is so real and it keeps you kinda grounded. The way people are here and especially the sense of humour here… I might come back from doing a gig to 5,000 people in some lovely place in Europe or whatever, and you come back and your friends just slag you off and bring you right back down to reality. You don’t get away with any diva antics.”

With 2014 his most prolific year yet, 28-year-old Jack Revill finds himself positioned as one of the most in-demand DJs on the planet, playing everywhere from Circoloco to Chicago to Croatia, not to mention a 13-week residency at London’s XOYO. But for all the stress of touring, he’s quick to point out that it’s all part of doing what he loves. “There have been times when I’ve felt mentally drained,” he admits, “but it’s the best job in the world and I wouldn’t want to be doing anything else.”

In an era when many DJs depend on productions to get gigs, Jack’s prowess as a selector is his only calling card – he relies on his technical skill and knack for playing the right records to move the floor (as anyone who caught Can U Dance, his festival-smashing tag-team with Oneman last summer, will testify). The affable Scotsman brings something special to the booth, and people are taking notice. After spending a full season in Ibiza last summer, he describes his series of dates at DC10 as a game-changer. “Circoloco is one of these institutions that has a rippling effect around the world. To be on those line-ups regularly and surrounded by that talent really makes people take notice,” he says.

More recently, he rounded out last year by being crowned Best DJ in UK publication DJ Magazine’s Best of British Awards, an accolade Jack describes as “the cherry on top” of a momentous year. 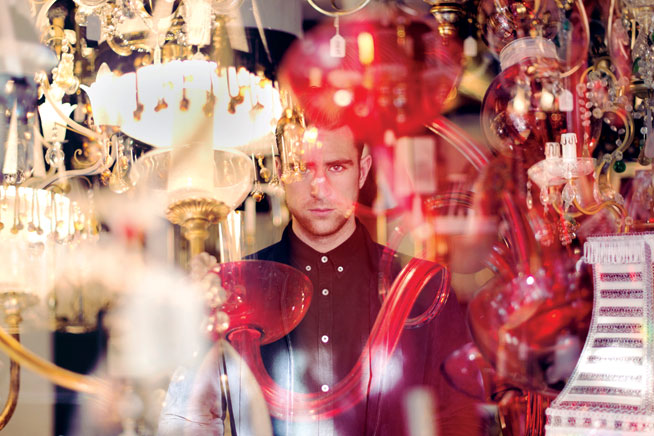 After a family tragedy, a teenage Jack was at risk of going off the rails until he gained a work experience placement at Glasgow’s legendary Rubadub record store. Taken under the wing of the owner, Jack was later offered a full-time position and his musical education really began.

“When I was a teenager I used to steal my big sister’s dance tapes,” recalls Jack. “When I was 14-years-old I was into really dodgy Ibiza-style house and cheesy trance and stuff like that. When I was 16 I got a job in a record shop and from then I started getting into techno, Detroit house and old electro stuff.

“Musically, we’re lucky in Glasgow because we have music institutions like Rubadub, and the Sub Club and also Soma Records, who launched the careers of people like Daft Punk, and Slam, of course. Sub Club, along with places like DC10 and Panorama Bar, is one of the best clubs in the world, and probably my favourite club in the world to play at. You can’t really describe the vibe until you get there. Everyone bangs on the roof, hits the side of the DJ box. It’s got to be one of the most unique vibes in the world.”

These days, no style or genre is left unturned in Jack’s DJ sets, which are always an experience to behold, while his massively influential record label Numbers has released killer output from the likes of Hudson Mohawke, Rustie, Unspecified Enemies and Redinho, with a track from acid legend Lory D slated for release on February 10.

“I’ve been working with vinyl since I was 14 years old and working in the record shop. But I play MP3s a lot of the time and I feel really bad about that so I kinda contradict what I do every day. But I do still have the romantic feeling towards vinyl,” muses Jack. “A record label should release records, not just data, and vinyl is the best format for bass response.”

Of course, it wasn’t just in the booth that his profile surged last year; he also recorded his debut Essential Mix for Radio 1, while holding down his own show and hosting a special Made In Glasgow documentary for the UK station – but he feels most at home behind the decks. “I’ve not really got much to offer other than this,” he says. “I still want to be DJing when I’m 50 or 60. It’s my life.”

He may already have been immersed in the scene for years, but in many ways Jackmaster is just getting started.

Playing Circoloco at DC10
Jackmaster made a big impact at the legendary Ibiza club.

13 Weeks To Jack at XOYO
A handpicked line-up including Moodymann and Kenny Dope joined him for his summer residency at this London venue.

News
Nightlife
Things to do
EDITOR’S PICKS
Covid-19 rules in Dubai: all the updates you need to be aware of
READ MORE
9 royal-approved Dubai restaurants
READ MORE
16 of the best beach bars in Dubai for sundowners
READ MORE
Where to get the Covid-19 vaccine in Dubai, Abu Dhabi and across the UAE
READ MORE
MOST POPULAR
Join us for a preview of Fairmont Bab Al Bahr's Valentine's dine around
Win a BMX in the new Hudayriyat Circuit X youth time trial event
Hello, Glo: The new bar and lounge now open in DIFC
The luxury hotels and residences open and opening along West Beach
The Tent: Bla Bla Dubai launches more bars for a day to night experience
A huge gastronomic event is returning to Dubai this February
YOU SHOULD CHECK OUT
Our website uses cookies and other similar technologies to improve our site and your online experience. By continuing to use our website you consent to cookies being used. Read our privacy policy here.