The dressing rooms at the Madinat Theatre are often filled with the paraphernalia of a ballet company. Tutus, tights, and those terrifyingly painful pointe shoes with their satin ties are commonplace backstage.

But in March a new dance show playing at the theatre will be kitted out with costumes more likely to have been bought in the nearest Nike or Levi’s store.

Street Life is a 70-minute explosion of breakdance, hip hop dance and urban art, with a pumping soundtrack by the likes of Macklemore, Lil Wayne, Avicii, and Clean Bandit. Swan Lake it is not.

The dancers are from internationally-renowned French company The Hey Crew. Founded and led by dancer and choreographer Guillaume Lorentz, the company has won numerous awards around the world and made it to the final of the French version of the hit TV show So You think You Can Dance. 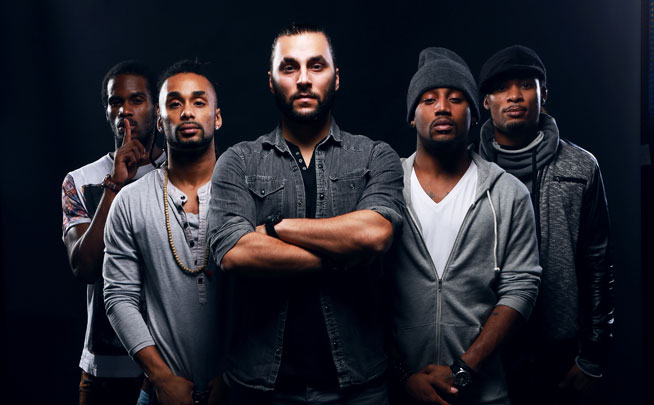 Devised and directed by Madinat Theatre manager Joseph Fowler, the show uses video projection to accompany the dancers. Purists may sneer at street dance, but Fowler believes it is a discipline that deserves respect.

“There is no question street dance is a legitimate form of dance,” insists Fowler. “Just like classical ballet, street dance requires dedication, hours of practice and also has its own techniques and terminology.”

Although it may be hard to see at first glance, he says a connection can be drawn between ballet and street dance. “Classical ballet was initially performed socially by amateurs rather than professional dancers, and so street dance is a mirror of this in our current day society. It began as a dance movement that was a response to society and subsequently developing into a professional dance discipline.”

Street Life plays for four nights in March and tickets will be available to buy soon.

Culture
News
Nightlife
Theatre
Things to do
EDITOR’S PICKS
13 Sheikh Hamdan-approved restaurants in Dubai
READ MORE
Dubai brunches temporarily banned in new preventative measures
READ MORE
12 upcoming Dubai mega-projects we can't wait for
READ MORE
16 of the best beach bars in Dubai for sundowners
READ MORE
MOST POPULAR
Be part of the conversation at Culture Summit Abu Dhabi 2021
Visa partners with The Entertainer to offer big discounts to cardholders
DHA expands Covid-19 vaccination campaign to include additional categories
7 very special Abu Dhabi staycation deals available right now
Hard hitting drama 'Betrayal' by Harold Pinter is being performed in Dubai in April
YOU SHOULD CHECK OUT
Our website uses cookies and other similar technologies to improve our site and your online experience. By continuing to use our website you consent to cookies being used. Read our privacy policy here.