What’s On reviews a fitness bootcamp in Dubai. Find out about week two of the four-week bootcamp at Original Fitness Co, at Eden Beach Club.

In Dubai – the city of excess and indulgence – a league of fitness bootcamps have quickly risen up to become the popular way to fight the flab among the expat population. Filled with post-New Year guilt What’s On decided to try one out, and to see if they’re worth the Dhs1,000+ price tag that they often come with.

Some opt for the terrifying ‘warrior’ style, while others, like Original Fitness Co opt for “no yelling from ‘Sergeant Major’, no stuffy fitness studio, no complicated routines or equipment”.

Here’s how What’s On writer Emma Hodgson got on. And you can find out more about the camp by visiting originalfitnessco.com

– Read about week one at Original Fitness Co by clicking the link.

Day 8
The first bootcamp class was on Sunday morning at 6am in JBR. Starting in near darkness, the class was not for the faint-hearted. It involved timed drills with different weight exercise and running sprints. Watching the sunrise while we completed the final run along the seafront felt like an incredible way to start the day. Original Fitness Co also has morning and evening classes across Dubai, in Downtown and on The Palm. 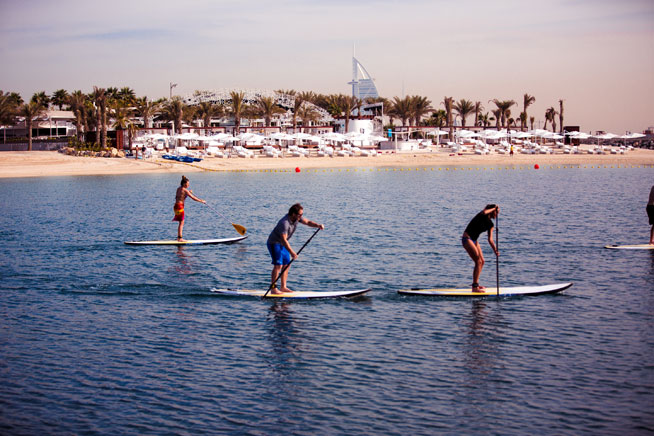 Day 12
The early-morning bootcamp classes have begun to affect our whole routine. We found ourselves going to bed earlier and sleeping better. With the mid-challenge weigh-in looming, we found that it pushed us further, in order to get a good midway result.

Day 14
The weigh in at Eden was held on the second Saturday of the challenge. The great thing about the weigh in was that it showed results more clearly than a normal set of scales. Even without losing much weight, the scales showed finer details, including whether the group member had increased their muscle mass and decreased body fat percentage.

Afterward, there was a group fitness class at Eden including paddle-boarding and completing drills on the beach. Then there was a healthy breakfast provided – including fruits, yogurts and cereals, followed by a free day pass to Eden beach club. The class was more enjoyable than the JBR class, and exercising on the sand was a nice change to the JBR workouts. 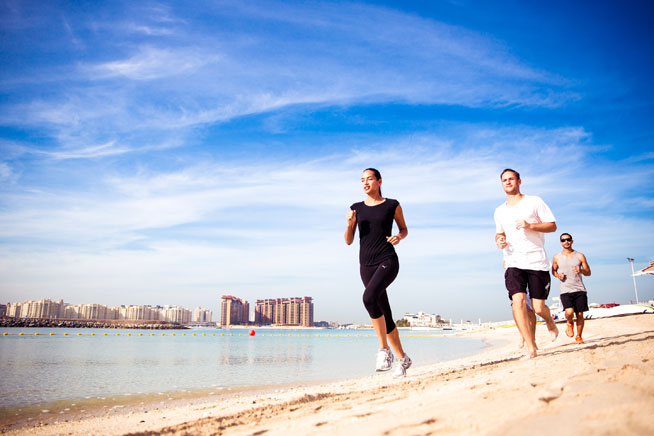 Sport & Fitness
Workouts
EDITOR’S PICKS
Here's the full list of UAE public holidays in 2023
READ MORE
23 incredible things to look forward to in the UAE in 2023
READ MORE
Hidden gems: 10 UAE desert pop-ups to discover this winter
READ MORE
Where to travel in 2023: 10 new flight routes from the UAE
READ MORE
MOST POPULAR
You can now float across the Ras Al Khaimah desert in a hot air balloon
12 awesome things to do in Dubai this weekend: Feb 3 to 5
La Cantine is a chic address home to two stylish weekend brunches
4 reasons Kyma is the perfect spot for your next pool day
Inside Jaleo: Chef José Andrés opens his signature restaurant at Atlantis The Royal
YOU SHOULD CHECK OUT
Our website uses cookies and other similar technologies to improve our site and your online experience. By continuing to use our website you consent to cookies being used. Read our privacy policy here.