EXCLUSIVE: Prince to perform in Dubai

What’s On exclusively reveals details about a Prince concert in Dubai on February 4 on the Pacha Ibiza Dubai terrace at Madinat Jumeirah.

What’s On can exclusively reveal the legendary Prince will play a one-off invitation only event in Dubai THIS WEEK.

According to our well-placed sources, the pop icon will perform a special alfresco show on the Pacha Ibiza Dubai terrace for the who’s who in the region on Wednesday February 4. He will be backed by his band 3rdeyegirl.

We have learned that ‘Autism Rocks’, a new charity initiative, is behind the appearance, while some of Dubai’s biggest players in the entertainment industry have been enlisted to help bring the group’s dreams to life. A similar fundraiser will take place on February 2 in London.

Speaking to What’s On, Sanjay Shah, the founder of Autism Rocks, said: “It is new initiative that will see us work closely with global talent around the world to bring both awareness and fund much needed research into Autism and it’s associated effects – through private music shows – we are excited and humbled by the support shown thus far and look forward to really being able to make a difference.”

The show comes exactly a year to the day since he made a stunning London comeback in front of just 1,000 people at Camden’s Electric Ballroom. After a day of keeping fans guessing as to the location of what he called “guerrilla gigs” to celebrate his then new album ‘Plectrum Electrum’, Prince attended a press conference at the east London home of soul singer Lianne La Havas. He then moved to the famous north London venue.

There’s no doubt about it – Prince is a living legend. The Minneapolis-born singer – real name Prince Rogers Nelson, after his father – has sold more than 100 million records, won seven Grammy Awards, a Golden Globe and even scored an Academy Award in 1985 for Best Original Song Score for the film ‘Purple Rain’. 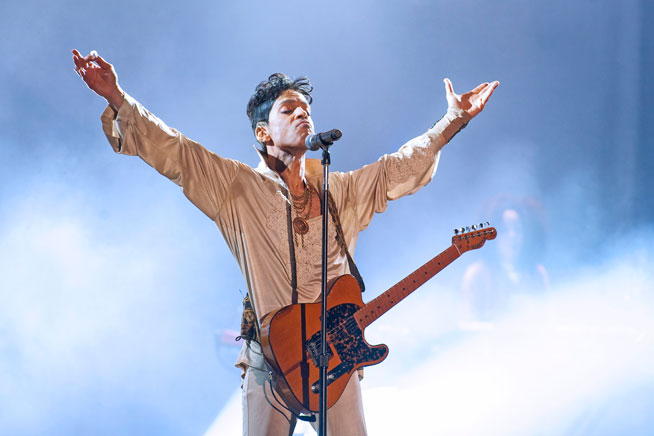 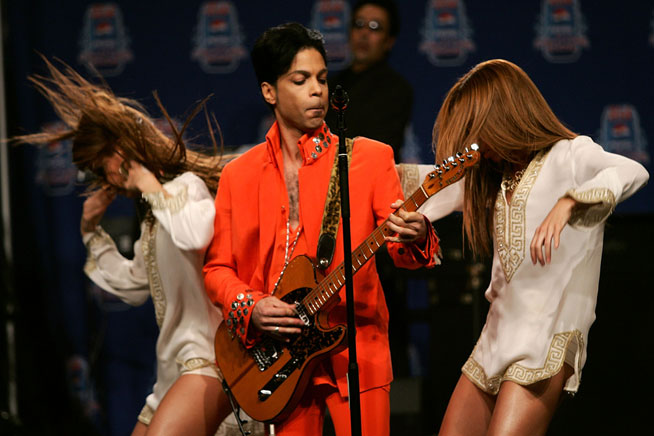 The eponymous, epic song from that album is just one of countless hits from ‘The Purple One’. He taught us all to party like it was 1999 way back in 1982 (the album 1999 was recognised with a Grammy Hall Of Fame Award) and some of his other timeless songs include ‘Raspberry Beret’, ‘Cream’, ‘Kiss’ and ‘When Doves Cry’.

Unsurprisingly, plenty of stars have clamoured to collaborate with him, including Alicia Keys, Erykah Badu, Norah Jones and Beyonce; the latter performed with him at the 2004 Grammys. Seemingly, the only he’s had more than hit collaborations is nicknames – at various points in a career that spans four decades, he’s been known as Prince, the Artist Formerly Known As Prince, The Kid, and an unpronounceable symbol some called The Love Symbol. 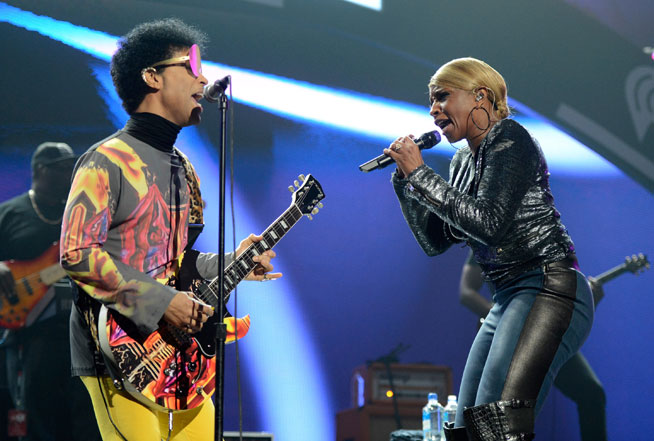 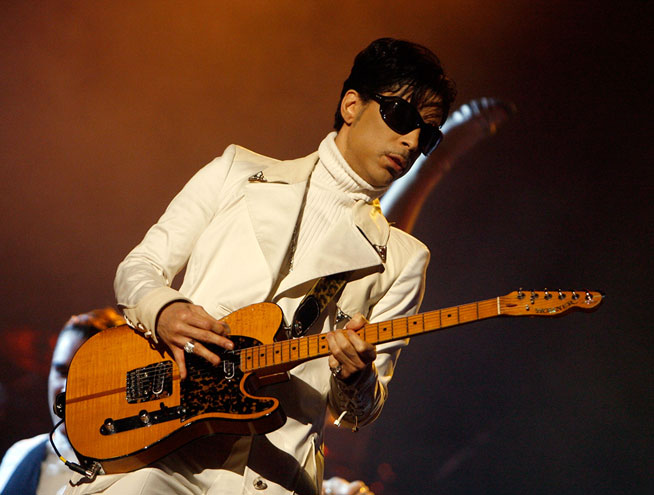 Prince, who was last in the Middle East in 2010 for a show in Abu Dhabi, is not adverse to surprise gigs. Last year, to mark the 30th anniversary of his seminal album, Purple Rain, he entertained a small crowd at Paisley Park, Minneapolis, attended to by Apollonia Kotero, his co-star in the movie of the same name.

EIGHT FUN FACTS
– Prince’s first ever song at the age of 7, on his dad’s piano. The song was called Funk Machine.
– Madonna’s ‘Like A Prayer’ features Prince on the electric guitar.
– He performed at Star Wars director George Lucas’ wedding.
– Even though he’s only 1.6m tall, he was an amazing basketball player.
– He wrote the song ‘Nothing Compares To You’, made famous later by Irish singer Sinead O’Connor.
– Michael Jackson’s song Bad was written to be a duet with Prince, but the Purple One declined.
– The song he wrote for Tim Burton’s Batman soundtrack was dedicated to actress Kim Basinger, whom he ended up dating.
– He emailed Zooey Deschanel to ask if he could make a guest appearance on her show New Girl in 2014. The two did a duet. 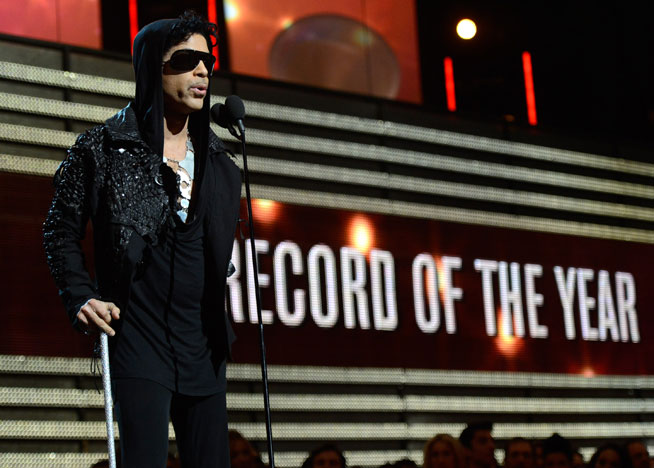 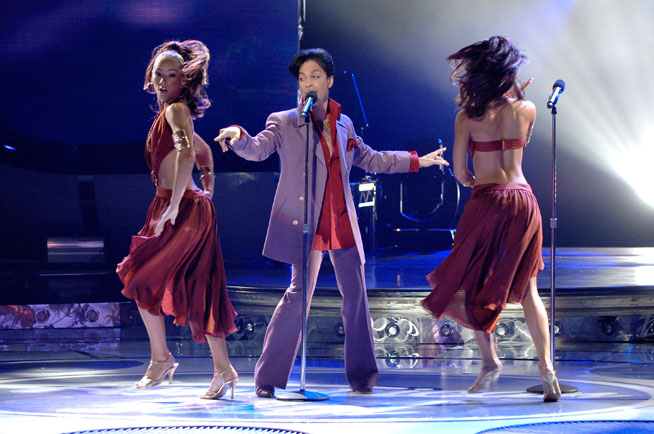 News
Nightlife
EDITOR’S PICKS
Here's the full list of UAE public holidays in 2023
READ MORE
23 incredible things to look forward to in the UAE in 2023
READ MORE
Hidden gems: 10 UAE desert pop-ups to discover this winter
READ MORE
Where to travel in 2023: 10 new flight routes from the UAE
READ MORE
MOST POPULAR
26 of Dubai's best beachfront restaurants
8 wonderful things to do in Dubai this week: Feb 6 to 9
Where to go to get your Al Baik fix in the UAE
Reset and recharge with a relaxing staycation at this stunning Dubai hotel
The most expensive apartment in Dubai just sold for Dhs410 million
YOU SHOULD CHECK OUT
Our website uses cookies and other similar technologies to improve our site and your online experience. By continuing to use our website you consent to cookies being used. Read our privacy policy here.