What’s On previews RedFestDXB, the music festival in Dubai at Media City Amphitheatre. Get tickets and full line-up times and information.

RedFest DXB returns to Dubai Media City Amphitheatre on Valentine’s weekend, running across two days from February 12. We profile each of the acts below.

The Script were doing OK in the charts with their first two albums, touring and working hard. Then, in 2012, lead singer Danny O’Donoghue appeared as a judge on BBC talent search show The Voice and the band skipped up a few rungs on the ladder. After two seasons of The Voice, and with their name firmly out there in the mainstream, Danny quit the show and set to work on being one of the biggest bands in the world. Their latest album, their fourth, No Sound Without Silence, was released late last year and featured the huge hit Superheroes. Their previous album, 3, contained another whopper in Hall Of Fame, written with Will.I.Am.

As a judge on The Voice, you heard contestants sing before seeing what they looked like. Is there too much importance placed on appearance in the music industry? These days it is less about the music, which I think is appalling. How dare you judge somebody’s music on how they look? Image doesn’t mean you have to be the most stylish person or you have to be good-looking. Adele has an image. Sam Smith has an image. Neither would be poster-boys for your X-Factors simply because they are the anti-star. They’re not adhering to the mantra of you have to be a size zero to be a star. I really like those types of artists that show you can get there with ability.

Did The Voice help the band? Totally. It was a platform to show the band off in the best possible light. There was a time where we were literally everywhere and we were burning the candle at both ends, doing The Voice, then going into the studio recording. The best thing I ever decided to do was the show at the time, but after two years we took it back to the band.

Your single Hall Of Fame seemed to change things for the band, didn’t it? That song put it in no doubt who this band were. We went from being the alternative Irish pop/rock to the mainstream. 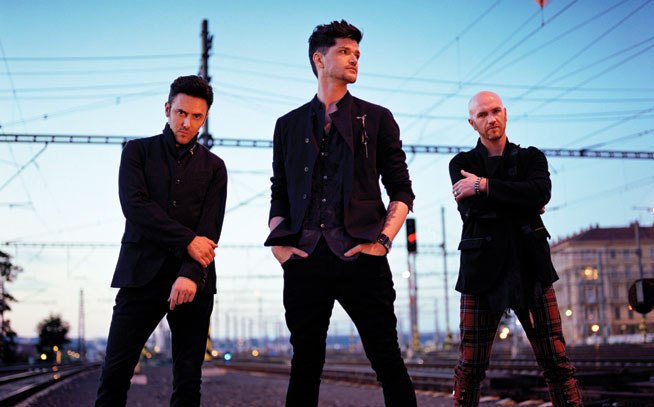 And then Superheroes took you to another level again. It’s got excitement and Irish melodies in the verses, and a really positive message. The Script have a history of releasing heartbroken records, but over the last couple of years we’ve enjoyed success that’s positive. Superheroes is a positive song.

You performed for the Queen at a radio station in London in 2013 – how was that? We were told to keep the music really low. She came in and she was cool, really nice. What was beautiful is that a week later a letter arrived to my house from the Queen thanking us for the performance. It’s the most amazing thing I’ve ever seen. A touch of class.

Do you come from a musical family? My brothers were in loads of different bands in Ireland. They played a big festival when I was nine. I had a VIP pass and was running riot backstage. I remember I walked into Bryan Adams’ dressing room. He was like, ‘What’s this kid doing here? Get him out!’

What have you learnt about the music industry so far? It’s a long road and if you’re not nice to people, they won’t be nice back. We treat everyone with respect. If you’re not nice, you won’t be around.

This year’s RedFestDXB will be something of a reunion for rap star Kid Ink. He’ll catch up with Tinashe, who appears on his single Body Language and Chicago rapper Jerimih who made a guest appearance with Kid Ink on King Los’ track Me Too. Let’s hope the LA native gets some time to catch up with his old pals in between treating the crowd in Dubai to hits including Show Me and Main Chick. 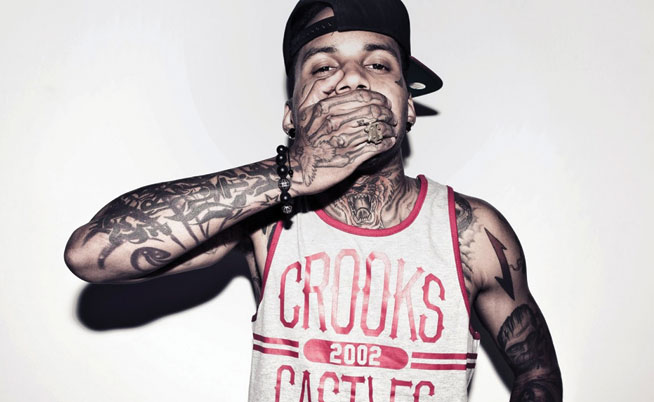 American singer Tinashe may have made her name as an actress on the hit US TV show Two And A Half Men, but the R&B singer isn’t afraid to break the mould. She shot to fame in January 2014 with the hit song 2 On. She also collaborated with Usher and Kid Ink on their latest single Body Language. 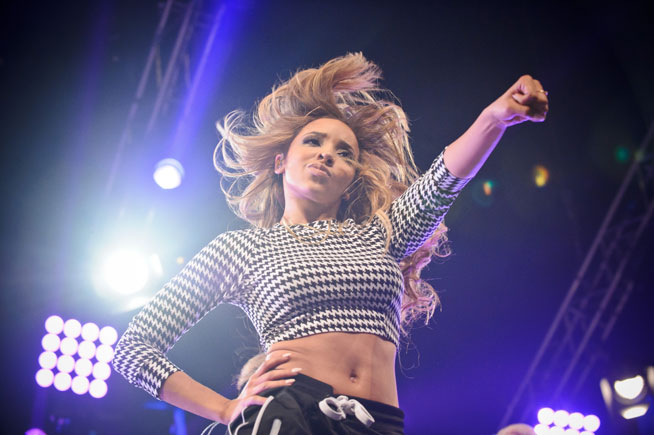 Rixton are a boy band quartet from Manchester, England, who made it big in America first with their single Me And My Broken Heart. They’re signed to the same management company as Justin Bieber so the team behind them know a thing or two about making it big in the pop world. 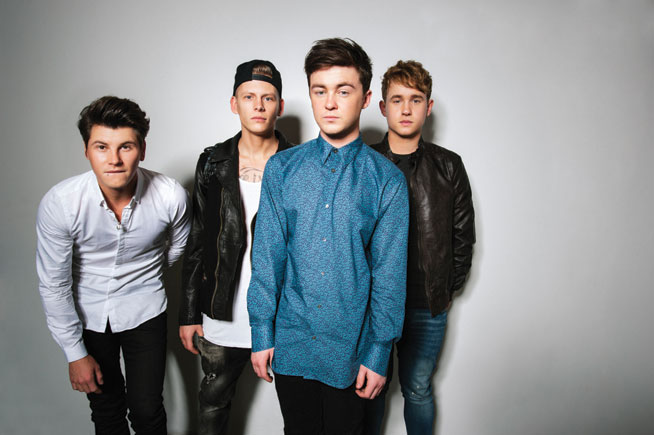 Touring the world is nothing new for British drum ‘n’ bass DJ and producer Wilkinson. Since his big hit Afterglow in 2013, he’s been in demand for remixes and gigs.

G.R.L. began life by accident, emerging from auditions to replace members of the Pussycat Dolls. Each singer was so good, record bosses decided to put them together to form a band of their own. They had success with Ugly Heart last year. 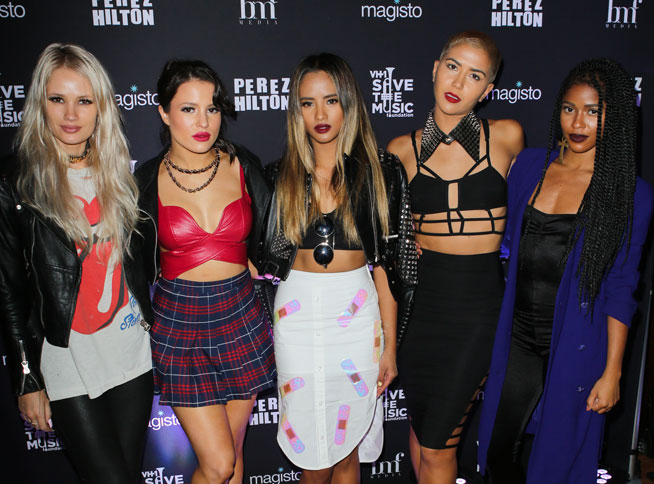 Much to the frustration of gossip-hungry music journalists, you won’t find British synthrock band Bastille throwing TVs off hotel balconies or starting a feud with another band. The nice guys from England have carefully and quietly become a chart force since releasing their debut album Bad Blood in early 2013. The hit single Pompeii helped them become one of most streamed acts on Spotify, won them a Brit award for Best Breakthrough Act and gave them the best-selling digital album of the year. Bastille’s singer, writer and co-producer is Dan Smith.

On expectations: “We just thought we’d be some indie band. We never imagined that the things that have happened over the last couple of years would happen. Things have grown way beyond our expectations. We’ve just tried to enjoy it and ride it a bit.”

On his new favourite act: “I’ve been listening to Banks’ music since she started and it’s been cool watching her evolve. We went to her show in LA and it’s been nice bumping into her at loads of festivals.”

On making it big: “It was never an ambition of ours to be in a band that’s this big. That’s so far from how my mind works that I find it puzzling. There’s nothing wrong with being ambitious, but we’re not.” 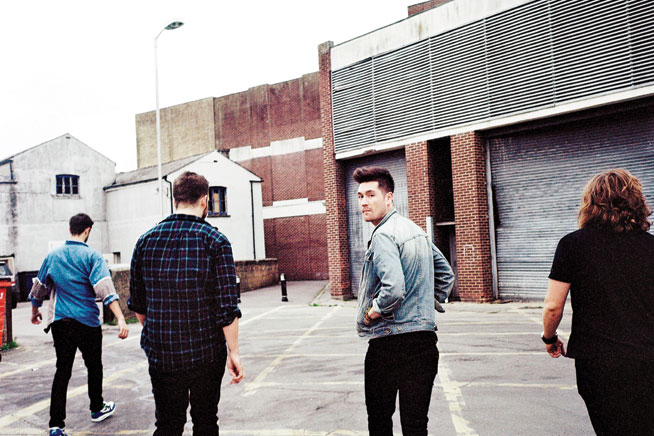 On their yet-to-be released second album: “We’re busy working on it. We’re super keen to have stuff out as soon as possible because we’re excited about it.”

On festivals: “Festival gigs are so much fun. A big crowd of people who know your tunes and are jumping around – nothing beats that. On the other hand there’s a sense you have to win over a festival crowd because a lot of people aren’t necessarily fans who would pay to go to your gigs. The festival is an excuse for them to check you out.”

On performing: “Our job is amazingly fun but also weird. If the crowd is singing your song back to you it is the most awesomely positive, overwhelming feeling in the world. To have so many people you have never even met sing songs that you wrote in your bedroom is totally surreal.” 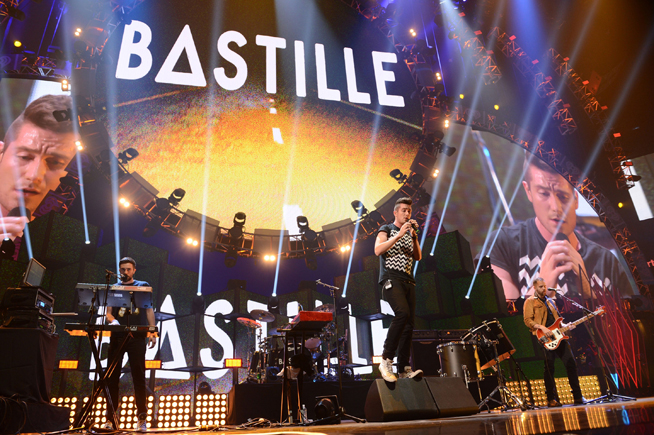 On band chemistry: “We’ve known each other for ages, and that’s the normality that moves around this bizarre job path we’ve found ourselves on. That keeps us sane.”

On his huge hair: “It only takes two minutes to do – it doesn’t really bother me.”

On hitting the headlines: “I think there are bands who feel the need to cultivate a persona because they feel that helps them get promotion. I feel like we’re a band who have always just made music that we love and kept to ourselves.”

Aussie rapper Iggy Azalea took several steps towards world domination in 2014. She held the number one and number two spots in the US Billboard Hot 100 simultaneously with her tracks Fancy, with Charli XCX, and Problem, with Ariana Grande. She closed the American Music Awards alongside Jennifer Lopez with a their track Booty. She set her sights on Hollywood with a role in the new Fast And The Furious movie, acquired a famous boyfriend (LA Lakers basketball star Nick Young) and got to work on that all-important first fashion line. 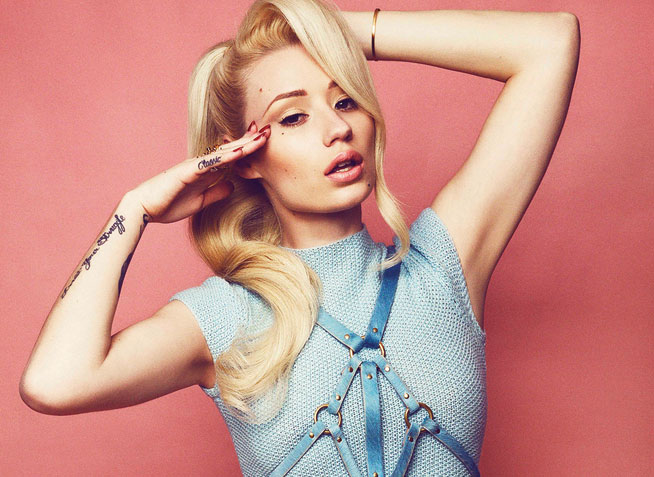 Iggy started rapping aged 14 after listening to Tupac’s Baby Don’t Cry (Keep Ya Head Up II). “It was the song that made me fall in love with music,” Iggy said. “It later made me pick up my own pen and write songs.”

From there, Iggy, born Amethyst Kelly, started uploading her tracks on YouTube, where she rapidly built a following, and her first full length project, Ignorant Art, soon followed. This led to collaborations with rapper T.I and Grammy-nominated producer Diplo, followed by tours with Rita Ora and Nas. Next came the release of her debut album, The New Classic, which spawned the hits Work, Change Your Life, Fancy and Black Widow, and saw Iggy invited to support Beyoncé on her world tour. Not bad for a girl from Mullumbimby, New South Wales, a town previously notable for its many banana farms.

The name Ella Eyre is one to watch in 2015. Only 20, the Brit has already had a number one, singing on Rudimental’s hit Waiting All Night. She’s also collaborated with Bastille, Tinie Tempah and The XX and enjoyed chart success with If I Go. This rising star finished runner-up to Sam Smith in the BBC’s Sound Of 2014 award, usually a good barometer of future success (just look at Sam Smith’s surge in the last six months). Ella is supporting Olly Murs in gigs across Britain this spring and could be the surprise hit of RedFest. She’s determined to have a good time as she rides this wave. “I wake up every morning and life is different,” she says. “I’ve got a gig or a shoot. Flying here, flying there. Meeting wicked people. Going to amazing places. I’m relishing it.” 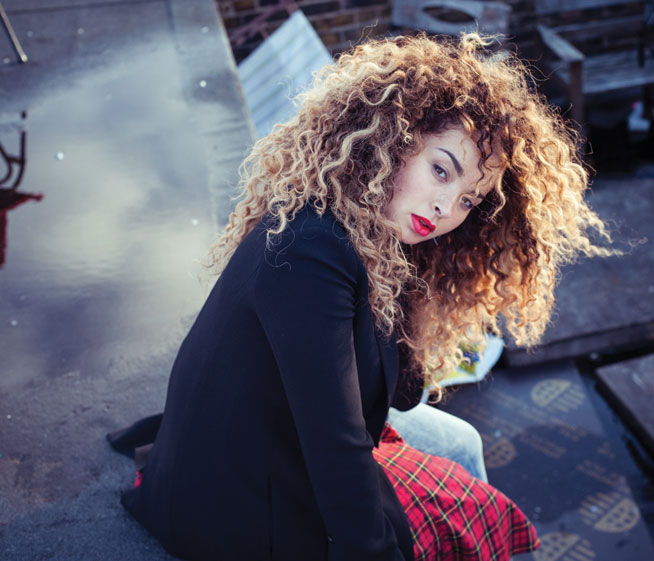 Among the new talent at RedFestDXB is Cuban-American singer Cris Cab, whose 2014 single Liar Liar had more than 34 million YouTube views and ranked in the top ten in 40 countries. With Pharrell and Wyclef Jean as mentors, Cris is on the up. 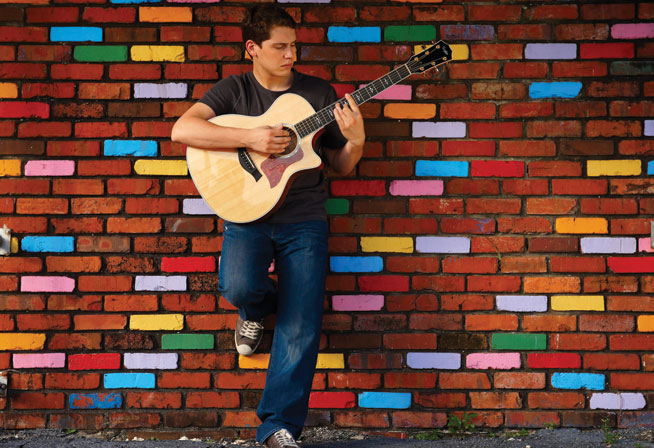 Part of the new wave of UK house and garage exports, Kye Gibbon and Matt Robson-Scott, known as Gorgon City, both underground and commercial appeal.

Last year you couldn’t go anywhere without hearing Kiesza’s feelgood track Hideaway. The 25-year-old Canadian spent her teens as a ballerina and then joined the Canadian navy. But instead of finishing her sniper training (no, really), she became a pop star. 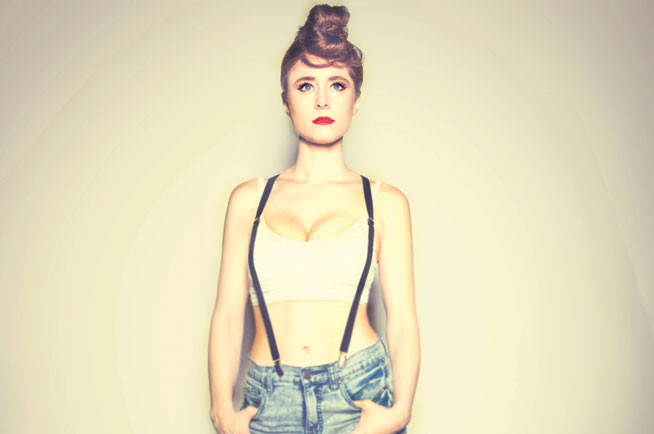