What’s On details the growing street art culture in the UAE. Plus pictures of El Seed’s giant wall art mural in Sharjah.

One of the regions most talented artists has left a vibrant – and lasting – impression on Sharjah in an effort to beautify the emirate.

For over two weeks, Tunisian artist El Seed has spent his days suspended from a crane whilst spray-painting, stenciling and creating an enormous mural which now snakes up the facade of an abandoned building on Sharjah’s Bank Street. 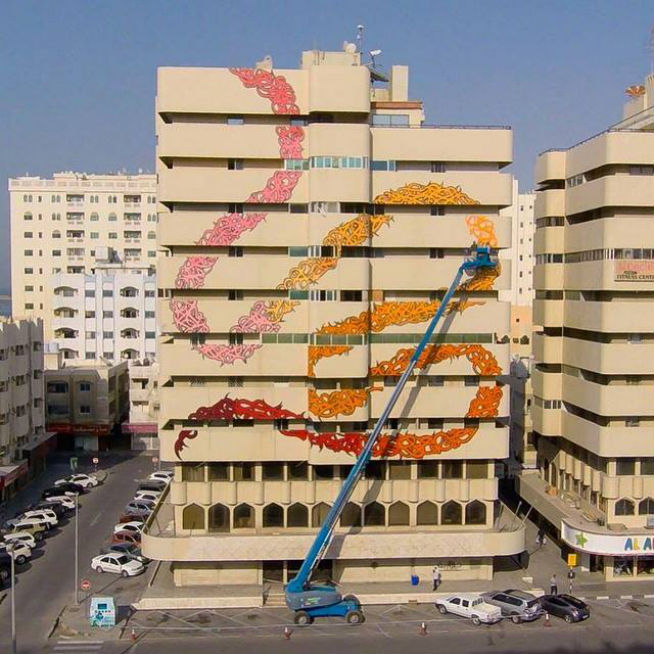 Famous for his unique style of calligraphy, which fuses elements of both the graffiti and Arabic calligraphic traditions, it’s the first time the internationally renowned street artist has painted a public space in the UAE. However, exhibitions and public wall displays of his extraordinary work can be seen in many locations and landmarks all over Europe, the USA, and the Middle East.

The colourful mural is part of a new public art initiative called Jedariya – or  ‘walls’ – launched by the Maraya Art Centre. His inspiration for the Sharjah art piece came from a poem by acclaimed Iraqi poet Ahmed Bu Snida, a well known and beloved poem in Sharjah. 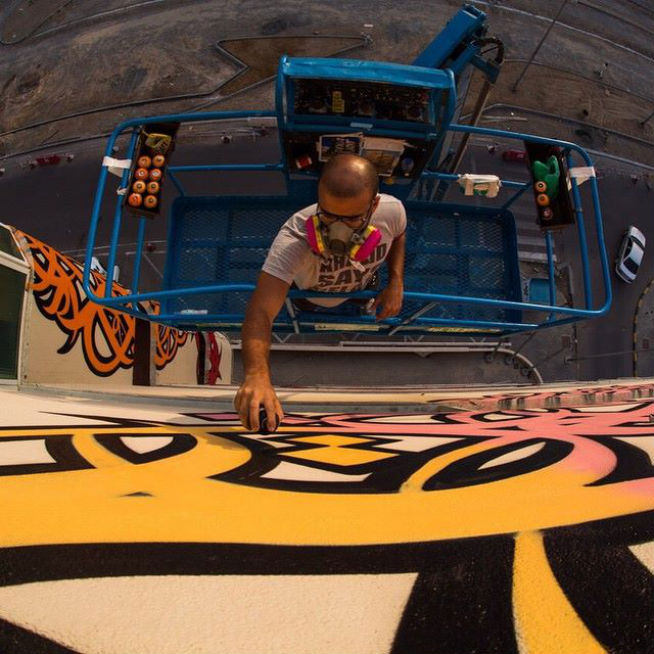 “Street art adds a new dimension to the urban landscape, transforming walls into canvasses that celebrate the culture of the people who inhabit the space. It is a wonderful way to not only add beauty to the everyday but to create a dialogue between the man on the street and the world of art and we look forward to engaging the community and especially the youth in this ongoing project,” said Maraya Art Centre Manager Giuseppe Moscatello.

VIDEO: THE MAKING OF JEDARIYA

Street art’s boom in the region also saw the return of Street Nights in Al Quoz, a community event that has helped beautify the industrial area in a similar fashion to that of the Sharjah initiative. Spread over two nights, street artists from across the region painted two 200m walls along both sides of the street, while musicians and DJs took to three separate stages to entertain visitors. 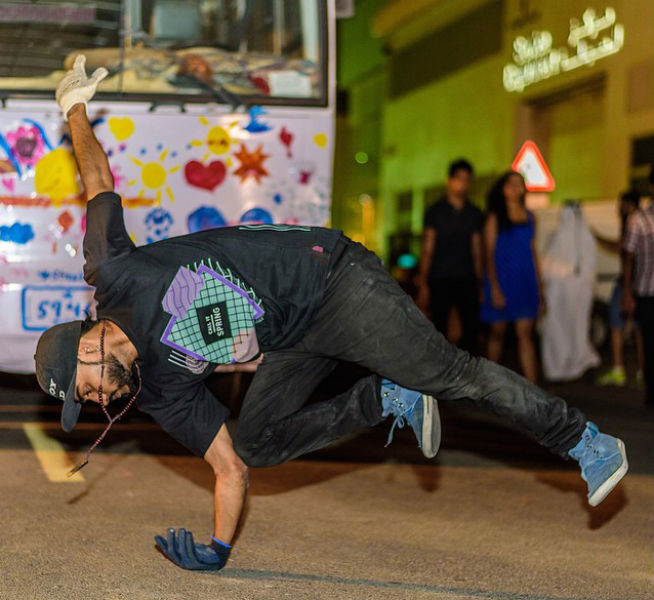 Art
Culture
News
EDITOR’S PICKS
Ain Dubai will open with fireworks, live music and a drone show
READ MORE
Incredible Aura SkyPool to open in Palm Tower this November
READ MORE
Brit Grand Slam hero Emma Raducanu confirmed for Mubadala Tennis
READ MORE
What’s On Nightlife Awards 2021: Here are the nominees...
READ MORE
MOST POPULAR
This Squid Game-themed pool party has house drinks for Dh1
Why Bagatelle's Halloween event is a nightlife ReDvolution
Dubai 2040: Hatta will be home to sustainable hotels, motels, bicycle tracks and more
Spend your Halloween at SoBe's spooktacular extravaganza
Abu Dhabi: Formula 1 will have a 'full capacity' crowd
YOU SHOULD CHECK OUT
Our website uses cookies and other similar technologies to improve our site and your online experience. By continuing to use our website you consent to cookies being used. Read our privacy policy here.