What’s On teams up with Hype to preview Street Nights in Al Quoz (4B Street, behind Spinney’s) with its showcase of graffiti in Dubai.

If James Lobito had a tattoo running across his chest, we wouldn’t be surprised if it read: “Take to the streets.” Not meaning in a rampaging sort of manner, of course, although James does seem to be at the heart of a very important uprising – the rise of street culture within the UAE. Hence his involvement with the outdoor event Street Nights.

“I feel like I’ve had something of a revelation while living in Dubai,” says James. “Everybody is always being pushed into confined spaces. You’re trapped in your office, or trapped in a mall, or forced to go to a club night even though you might not particularly like its VIP attitude. Street Nights is a free event with free music. It’s a break away from those ‘too organised’ or ‘try too hard’ establishments. Doing an event like this opens up Dubai’s sub-culture to everybody, and that’s what’s been missing, in my opinion. We’re taking a bit of culture and creativity out onto the streets for everyone to enjoy.”

“We hope every walk of life from the city will come,” adds street artist and Hype contributor Steffi Bow. “Last year, the event was completely mobbed,” she adds, reflecting on the inaugural Street Night. “It was only one night but the turnout was incredible. It was the first time anything like this had been arranged in Dubai, and judging by the response it’s the kind of event that people really want.”

“Last year’s event was put together on a budget of chewing gum and bits of string,” laughs James. “It was mostly art-focused and we expected a few hundred people. Six thousand people turned up on the night. This year, we’re expecting 6,000 people each night.”

And what will they find over the two nights? “It will have the same look and feel as last year – the same underground vibe,” assures James. “We’re just trying to make it better. While last year was art-focused, this year it’s equally about music, street art and street culture and food.” 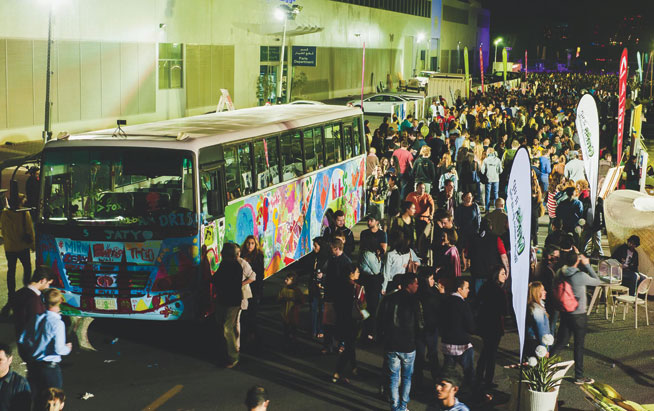 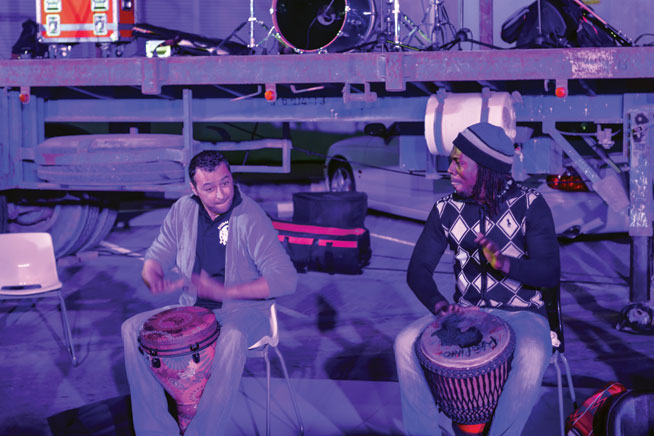 If you need more specifics, you’ll find around 100 graff and street artists (local and international) over the two nights, two main music stages, b-boy battles, a night bazaar with independent traders selling their wares, 20 food vendors, a pop-up creative studio in association with Jam Jar gallery, and a virtual graff wall inside a shipping container where would-be artists can try their hand with a virtual spraycan.

“Deep Crates Cartel will be in full effect,” says James, “but we’re curating the music stages to suit a range of different genres and styles. Hamden Al Abri and the Funk Radius are on board, and so too are Freshly Ground Sounds supporting with local acoustic talent. We’re trying to support as much local talent as possible and we’ll be working right up to the last minute to bring more cool stuff to the event.”

Despite its increase in size, James points out: “Street Nights is not a sponsored event. We’ve hustled for everything. It’s an event for the community, by the community.” Which is why we should all join in.

TUCK IN
Food choices were sadly lacking at last year’s Street Night. So foodies will be delighted to learn that this year’s two-night event is officially part of the Dubai Food Festival. What does that mean? Well, visitors can sample a selection of creative food concepts from the likes of Moti Roti, Fume, Fraiche, Maple Leaf, Hanoi, Shakeism, Logma, Essentially, Melt and Panifico. Hungry much?

Read more about graffiti in Dubai with our profile on some of the artists at Street Nights. 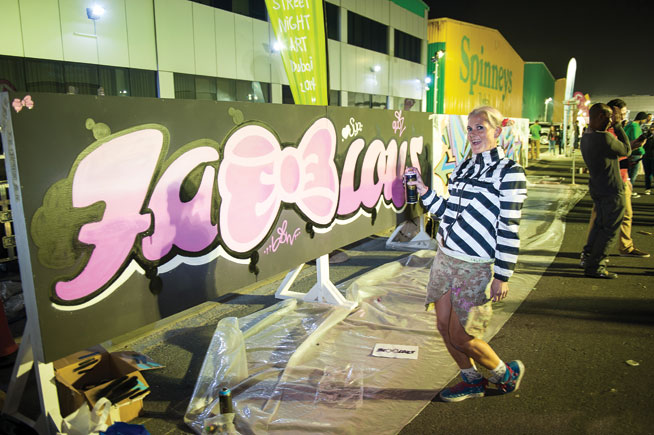 “Most of us come from cities in the world where public art is celebrated and forms a unique culture and identity to the city. Dubai is a new city and there hasn’t been an emphasis on public art in the past. However, I believe that is changing, and the next five years are going to be very exciting for artists here. With the backing of the government there will hopefully be lots of amazing events that help to bring all the communities of Dubai together. Creativity is inspiring and definitely enriches our everyday lives. Everyone deserves to be exposed to art that brightens up their lives.

“It would be great to have the city covered in art by all the creative residents, both local and expatriate. Dubai has the perfect opportunity to nurture talent and make this the most colourful city in the world.”

Art
Culture
News
Things to do
EDITOR’S PICKS
Ramadan in Dubai: 50 iftars to try
READ MORE
Where can Dubai residents travel? Check out these 14 destinations
READ MORE
Rumours, facts and reveals: New Abu Dhabi bars and restaurants
READ MORE
UAE announces reduced working hours for Ramadan 2021
READ MORE
MOST POPULAR
There's a 30 per cent sale taking place during the long weekend on LegalHomeDelivery.com
Pics of the week: Your best photos of the UAE
Here's why you need to visit Mimi Kakushi's new Friday lunch
New films to watch in cinemas this week: May 13 to 19
Torno Subito's new lunch menu offers a quick mid-week vacation
YOU SHOULD CHECK OUT
Our website uses cookies and other similar technologies to improve our site and your online experience. By continuing to use our website you consent to cookies being used. Read our privacy policy here.