Watch wrestling
Get ready for some serious smackdowns as the WWE returns to the capital. Superstars John Cena, Seth Rollins, Luke Harper, Dean Ambrose, and Dolph Ziggler – just to name a few – will rumble at Zayed Sports City’s Tennis Stadium. 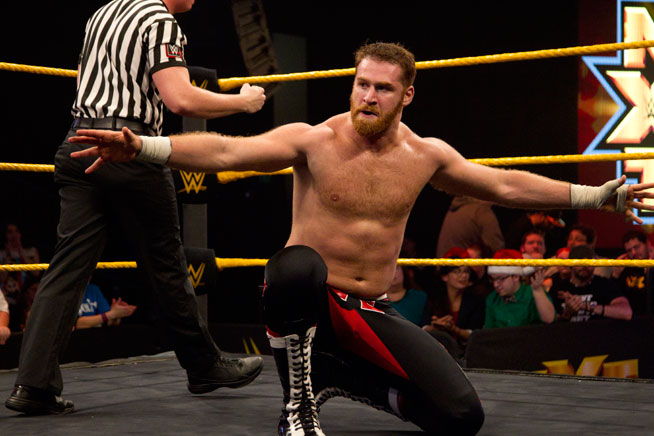 Qasr Al Hosn Festival returns
This year’s edition is inspired by two themes: the historic structure itself, and the importance of modern heritage. Guests will be able to take part in guided tours of the fort, check out live performances and learn more about the restoration process currently being conducted on the structure.

Eat at Street Feast in Al Ain
The inaugural edition of Street Feast – a celebration of cuisine served up on food trucks that’s part part of the Abu Dhabi Food Festival – will run from February 12 to 14 in Al Mubazzarah Park in Al Ain. Featuring ten international traders from the UK as well as five Emirati street food vendors, the selection of trucks aims to give visitors a crash course in trendy street food.

Mix & Mingle Night
A group of top DJs will be spinning R&B, old school, reggaeton, Chicago step, Afro Beats, Soca and soul at Stills on Yas Island. The first one hundred ladies through the door get a red rose.

Waggie Olympics
Four-legged friends take to the stage in this one-of-a-kind animal Olympics and dog show.

Red Bull Air Race 2015
The season opener for the 2015 edition of the Red Bull Air Race will take place today. Watch pilots from around the world competing for the fastest time on a giant slalom course. Expect plenty of fancy maneuvering as the pros twist and turn through giant pylon Air Gates along the Corniche. In addition,  a special, purpose- built race village will be  on offer. 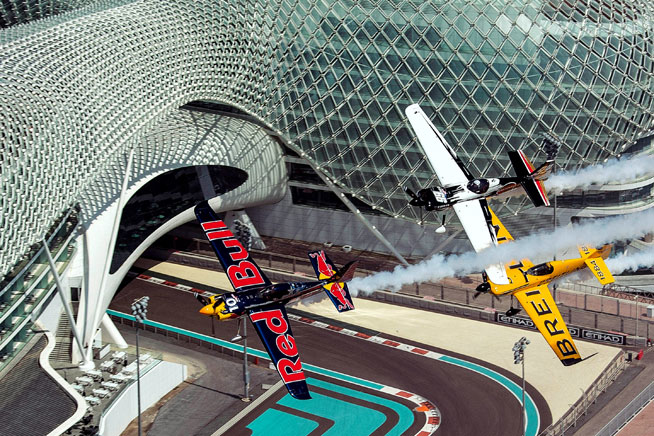 V Day at People by Crystal Abu Dhabi
Celebrate Valentine’s Day a day early with a ‘Lucky 13’ night out at this club on Saadiyat Island. DJ Saif&Sound will be on deck on the night.

Hunter/Game at Iris
The third edition of the Iris Sundown on Yas Island will feature DJ duo Hunter/Game. They’ll be playing deep grooves with electronic influences all night.

Go to an anti-Valentine’s Day Party
For those who’d rather not be reminded of Valentine’s Day and all things heart-shaped, check out this anti-love party at Eight. Open bar for ladies all night and there will be red drink specials available such as Strawberry Mojitos and Cosmopolitans.

Culture
Eat & Drink
News
Nightlife
Sport & Fitness
Things to do
Well-being
EDITOR’S PICKS
Here's the full list of UAE public holidays in 2023
READ MORE
23 incredible things to look forward to in the UAE in 2023
READ MORE
Hidden gems: 10 UAE desert pop-ups to discover this winter
READ MORE
Where to travel in 2023: 10 new flight routes from the UAE
READ MORE
MOST POPULAR
Longevity Sports brings cold water therapy to your front door
Where to celebrate Valentine's Day in Dubai
Bar of the month: CouCou
Jumeirah Mina A’Salam reopens with a brand new look
How to support those affected by the Turkey-Syria earthquake
YOU SHOULD CHECK OUT
Our website uses cookies and other similar technologies to improve our site and your online experience. By continuing to use our website you consent to cookies being used. Read our privacy policy here.