Jazz@Pizza Express – Jazz Festival Urban Sessions
The JLT restaurant has live music every night from February 13 to 27 at 8.30pm, featuring the likes of Laura Ainsley, the Oliver Sean band, and the Pete Long Quartet. Long is the musical director of the famous Ronnie Scott’s jazz band in London and has played with Jools Holland’s Rhythm And Blues Orchestra, as well as Dizzy Gillespie.

Indian street food festival – LAST CHANCE
A live chaat counter and an a la carte menu of more than 21 street food delicacies from all over India is on offer at Claypot’s festival. Tuck into Indian street food such as ragda pattice, kathi rolls, pav bhaji, vada pav and chicken pakora. 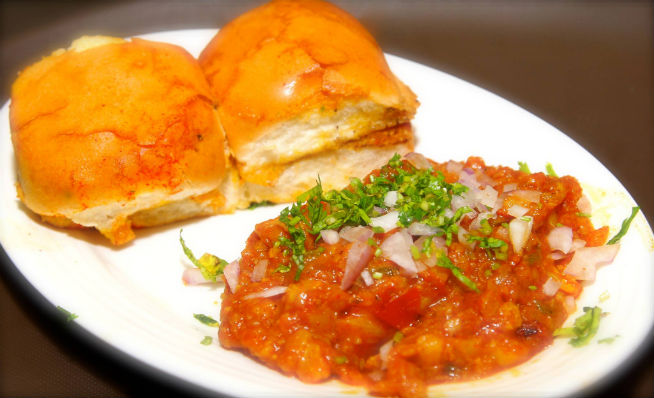 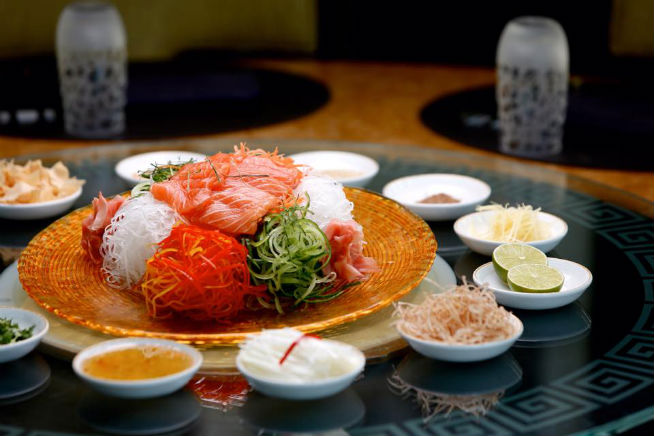 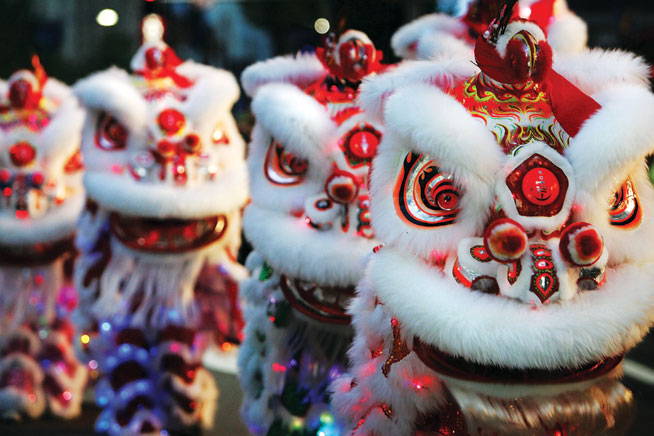 Nice Drawings – LAST CHANCE
Modern art – it’s just all so clever, isn’t it, with its concepts and abstractions and endless, introspective navel gazing? Well, not this month. Gallery IVDE celebrates ten years at the cutting edge of Dubai’s art scene, long before there was an Art Dubai, by keeping it simple. Nice Drawings is an exhibition of just that – new works by the wonderful ragtag bunch of ‘co-conspirators’ connected to the gallery over the years. Which is not to say that you can expect pictures of kittens, but there’s plenty to delight and inspire visitors nonetheless.

New sundowners at Rib Room
Already a hugely popular spot in Emirates Towers, now the Rib Room has opened at Jumeirah Zabeel Saray, and comes complete with a beautiful terrace gazing out over the Gulf. There can be fewer better places to enjoy sundowners on The Palm. To celebrate its opening, the restaurant offers discounted beverages and light bights daily from 4pm to 6pm. 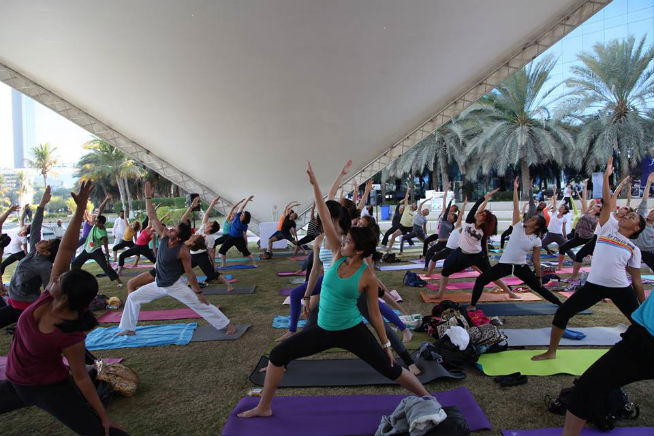 Sandscapes 2015
Dubai Park opposite Ismaili Centre in Oud Metha hosts the sixth edition of Sandscapes 2015. The ‘art for a cause’ festival sees a range of creatives go public in an al fresco environment, including a giant sketching session, photography, book sale, workshops and exhibitions. There will also be a ‘Jam Garden’ with percussion workshops and performances. Guests are encourages to wear white.

Support Spartan Race
For those who didn’t want to unleash their inner Spartan warrior and climb mud mountains or jump over hot coals, you could still head over to Jebel Ali Racecourse (behind The Greens and TECOM) and support those brave souls undertaking the 5km military-style timed event. Mud pools, a rope climb, a slippery wall, barbed-wire trenches, a spear throw, a fire jump and a tyre flip are just a handful of feats participants can expect. 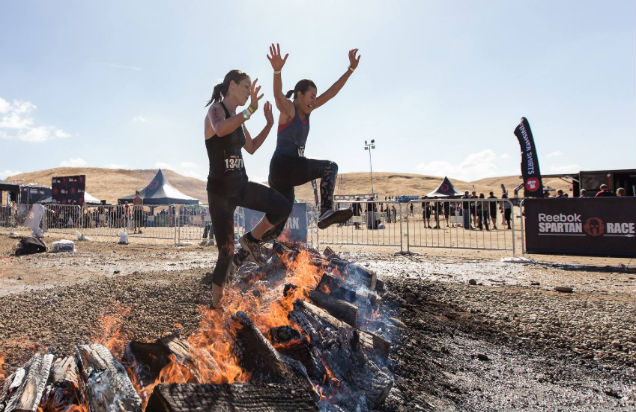 Shang Palace
Festivities in the hotel include a traditional lion dance at 10am on February 19, and a raffle including prizes such as a champagne brunch and a one-night stay in the hotel. Shang Palace Chinese restaurant is also offering a special eight-course menu throughout the weekend. 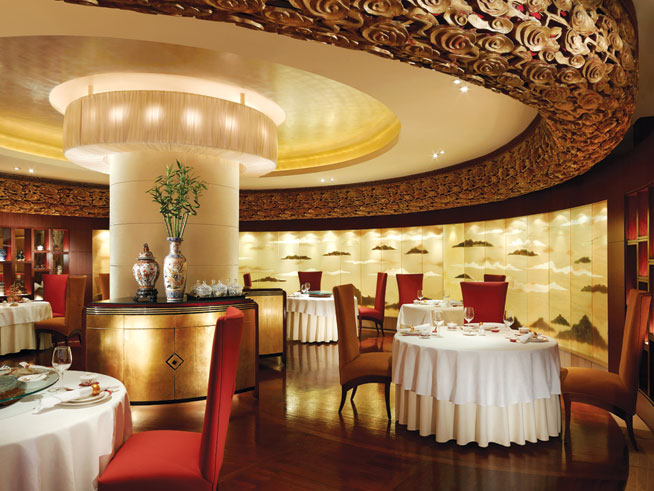 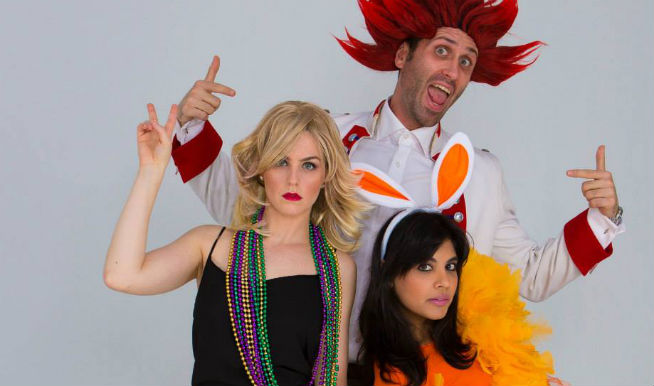 Tribeca deal
In line with the ‘New Year, New You’ ethos sweeping Dubai, a new farm-to-table healthy eating spot has opened its doors on JBR. And to celebrate, they are offering 50 per cent off all food and house beverages. TR!BECA Kitchen and Bar, which is at the JA Oceanview Hotel, is headed by award-winning Chef Giovanni De Ambrosis, and describes itself as ‘New York inspired’. The clue is in the name, of course – Tribeca, which got its name from Triangle Below Canal, a reference to its Manhattan location, is one of the Big Apple’s trendiest locations. 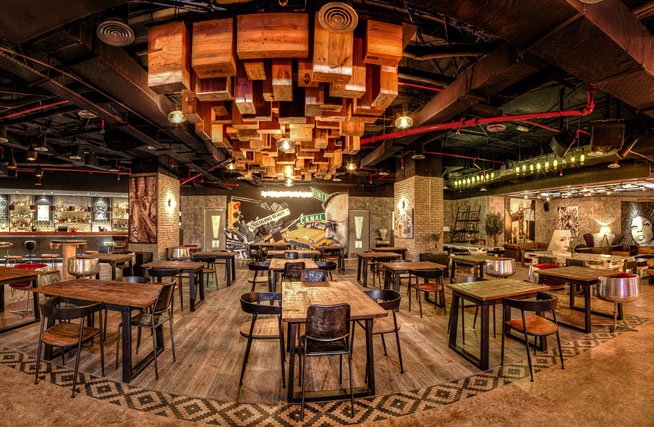 White collar boxing
Train day and night for eight weeks and then climb into the ring to fight in front of a 700-strong crowd. That’s the path in front of you if you sign up for white collar boxing at KO Gym. The open day allows you to talk to trainers and have a training session. If you like what you see, sign up and then get into serious shape for fight night.

Street Nights
You’ll find around 100 graffiti and street artists (local and international) over two nights (Friday and Saturday), two main music stages, b-boy battles, a night bazaar with independent traders selling their wares, 20 food vendors, a pop-up creative studio in association with Jam Jar gallery, and a virtual graff wall inside a shipping container where would-be artists can try their hand with a virtual spraycan. 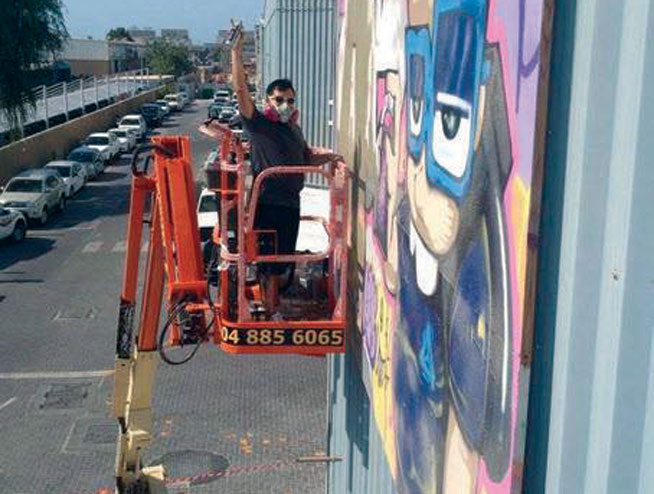 Award-winning magic man
Finnish magician Martti Vannas, who is represented by Transformers, will perform at the The Courtyard. His work is a rare combination of razor-sharp, observational humour, international wit and award-winning illusion.  With over 20 years experience and over 2200 shows under his belt, he certainly knows how to wow a crowd.

Yuan
Plucked from Hakkasan Mayfair in London, executive chef Jeff Tan has crafted Cantonese and Szechuan dishes for a special menu for dinner and Friday Yum Cha throughout the ten-day festivities. Look out for the Atlantis fireworks display on the first night of the Spring Festival and the traditional
lion dance taking place every day in the resort.

Ace Hood live
Having hosted a the filming of Tinie Tempah’s new hit music video before Christmas, White Dubai is now firmly at the forefront of the urban music scene in the UAE. This weekend they welcome America rapper Ace Hood to their rooftop venue. Fans can expect to hear hits like ‘Hustle Hard’, ‘Top of the World’ and the platinum-selling ‘Bugatti’.

Culture
Eat & Drink
News
Nightlife
Sport & Fitness
Things to do
Well-being
EDITOR’S PICKS
UAE holiday dates announced for National Day
READ MORE
Emirates Dubai 7s is back: Here's why we're excited...
READ MORE
Tennis ace Andy Murray to play at Mubadala World Tennis Championship
READ MORE
UAE 50: Where to watch National Day fireworks in Dubai
READ MORE
MOST POPULAR
UAE confirms its first case of the Omicron variant
Alhosn Green Pass to only be valid for 14 days after negative PCR
20 of the best things to do in Abu Dhabi this long weekend: Part 2
First look: London-loved restaurant The Cinnamon Club opens in Dubai
Check out this amazing display at the world's highest outdoor infinity pool
YOU SHOULD CHECK OUT
Our website uses cookies and other similar technologies to improve our site and your online experience. By continuing to use our website you consent to cookies being used. Read our privacy policy here.