Wonder what the giant yellow 'X' guerrilla art around town is?

What’s On announces the launch of XDubai, a new group and campaign promoting action sports in Dubai on a local and global scale.

Are you one of the many people around Dubai to be left scratching their head at the site of large X-shaped yellow sculptures popping up all over town?

From The Beach opposite JBR to World Trade Centre roundabout and Burj Khalifa, these lit-up art pieces have come with no explanation. The sharp-eyed will have noticed the word ‘Dubai’ spelt out in Arabic through the English letter ‘X’, not too dissimilar to the new wave of car number plates.

And now What’s On can reveal it is actually part of a guerrilla campaign by a new action group hoping to put the the UAE at the centre of an adrenaline-fuelled world.

XDubai is a new hub for action sports in the region, promoting both the development of action sports as well as its athletes, and also bringing global events to the emirate. 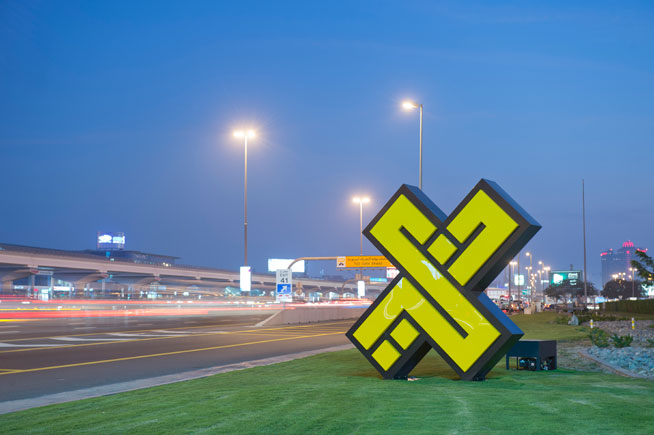 The group have already partnered with the iconic Skydive Dubai, home to arguably the most awesome dropzone on the planet, over The Palm, Inflight Dubai and Jetman Dubai. The latter was catapulted into view in December when footage emerged of former Swiss fighter pilot Yves Rossy using jet-propelled wings in tandem with a light aeroplane.

The group were also behind the infamous Burj Khalifa basejump video. In April 2013, the world’s tallest building – which stands at 828m – saw Soul Flyers World Champions Vince Reffet and Fred Fugen break the Guinness World Record for the ‘highest base jump from the tallest building in the world’ when they took flight from a three-metre platform protruding from the very top.

X Dubai also support the upcoming Spartan Race in Dubai, which takes place on February 20, and they have previously aligned with the Flyboard World Cup.

Now the new year and launch has started with wakeboarding champion Omeir Saeed (below) being confirmed as the first Emirati to join the roster of athletes. 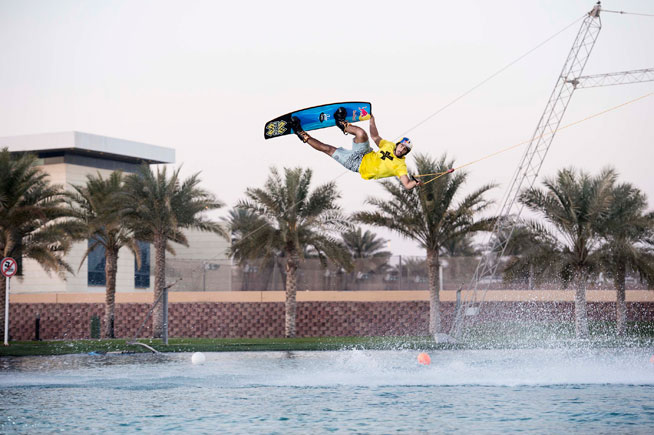 “Dubai has consistently played host to a number of world-class sports events and we now want to develop that further,” XDubai say. “With XDubai, our vision is to make Dubai the global capital for action sports. With Emirati talent like Omeir Saeed joining our roster of athletes, we are committed to nurturing an action sports culture across the UAE and inspire the people who live here to participate and develop into future athletes.”

They are also targeting other action sports stars, as well as rally drivers and football freestylers.

“Our vision is to develop Dubai into a destination for established action sports aficionados while also working with amateur athletes whether they dream of performing on the world stage or simply getting fit,” said XDubai’s Ismael Al Hashmi. “The launch of XDubai is a big step forward for action sports in the UAE and especially for the development of Emirati athletes.”

Art
Culture
News
Outdoor
Sport & Fitness
EDITOR’S PICKS
Here's the full list of UAE public holidays in 2023
READ MORE
23 incredible things to look forward to in the UAE in 2023
READ MORE
Hidden gems: 10 UAE desert pop-ups to discover this winter
READ MORE
Where to travel in 2023: 10 new flight routes from the UAE
READ MORE
MOST POPULAR
Nobu Hospitality to open luxury resort in Ras Al Khaimah
How to become the best version of yourself in 2023
106 amazing new restaurants coming to Abu Dhabi very soon
Rafting and surfing adventures are now back at this Abu Dhabi park
UAE fuel prices are rising in February
YOU SHOULD CHECK OUT
Our website uses cookies and other similar technologies to improve our site and your online experience. By continuing to use our website you consent to cookies being used. Read our privacy policy here.