What’s On has details of an ambitious rainforest project set to be created in Dubai as part of luxury housing development, Akoya Oxygen.

Dubai has announced plans to create the first tropical rainforest in the Middle East, arguably the most bizarre yet of the desert city’s many eccentric construction projects.

The tropical ecosystem project – known as The Dubai Rainforest – will be housed within a massive dome adjacent to Donald Trump’s golf course, within Damac Properties’ Akoya Oxygen community slated to be complete in time for Expo 2020.

Fringed by luxury villas, the forest is being described as an educational and cultural master piece where visitors will be taken on a journey though the jungle, climbing up into to canopy while learning about the surrounding flora and fauna. 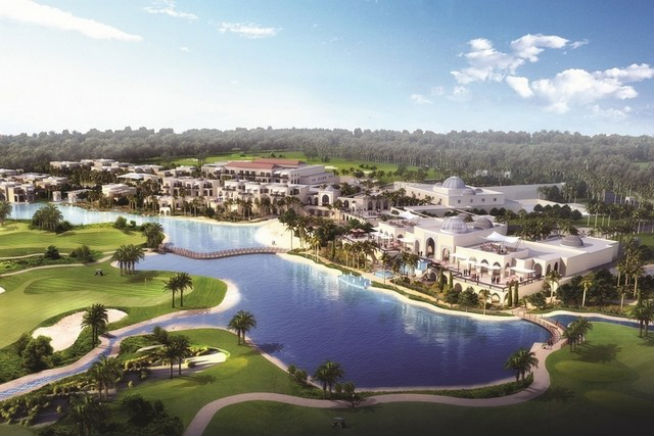 Other features include a zip line, where visitors can fly through the treetops, a rainforest spa complete with rock pools and steam baths, and a climbing wall.

“Dubai is known around the world for attracting the biggest and best and the Dubai Rainforest joins that list of unique attractions which will support the growth of the city,” said Ziad El Chaar, managing director of Damac Properties.

The rainforest will open ahead of World Expo, which Dubai will host in 2020 and developers have been furiously designing, constructing and planning ahead of the global event.

Other outlandish plans recently announced include the ambitious Dubal Canal project, the world’s biggest Ferris wheel, the Mall Of The World (complete with an air-conditioned city and theatre district), exact replicas of the Taj Mahal, and Aladdin City which incorporates a gigantic genie lamp within its design.