Maybe its the crooked tie. Perhaps it’s his mischievous wit, or his easygoing ‘aw shucks’ charm. Or maybe it’s that voice, once described as “like swimming in melted milk chocolate while having your hair stroked by a friendly bear”. Whatever the reason for liking Michael Bublé, there’s no dispute that his formula is working. He sells out stadiums quicker than you can say “Canadian crooner” while his album sales – more than 40 million and rising – have helped swell his bank balance to a reported $40 million. Mining a repertoire of old swing songs, made famous by the likes of Dean Martin, Frank Sinatra, Nina Simone and Van Morrison, Bublé has proved that you don’t always have to break new ground and be cutting edge to achieve success. Prior to bringing his To Be Loved world tour to Dubai for an ambitious two-night run, the 39-year-old singer explains how he’s reached the top: 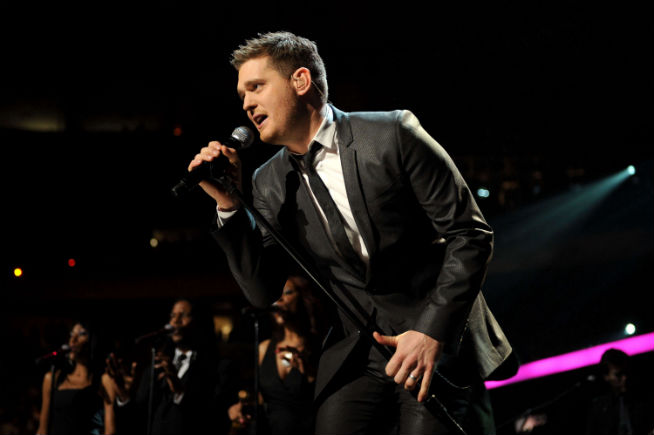 Work hard
“Canadian writer Malcolm Gladwell says it takes 10,000 hours of hard work before anybody – Mozart, The Beatles, Bill Gates – achieves success in their field. I firmly agree. It doesn’t matter how innately talented or gifted you are, you have to work hard before you earn the right to sit back and say, ‘I made it.’ I’ve put in those hours, and I’d do it all again.”

Don’t try too hard
“For years I tried too hard. I wanted to be some hip guy, or cool. But as soon as I realised that Michael Bublé is a nerd then I became cool. Well, cool at being a dork.”

Laugh at fame
“I can’t think of many positive things about fame – except that when I go to parties, I don’t have to stand there like a lemon. I’m just lucky I didn’t get famous until I was 30. If I’d got famous at 17, I’d have been an idiot. Fame stunts your growth. Whatever age you get famous at, it’ll freeze you there. Being famous has the double-pronged reality that everybody will listen to your stories and laugh whether or not they find you funny.” 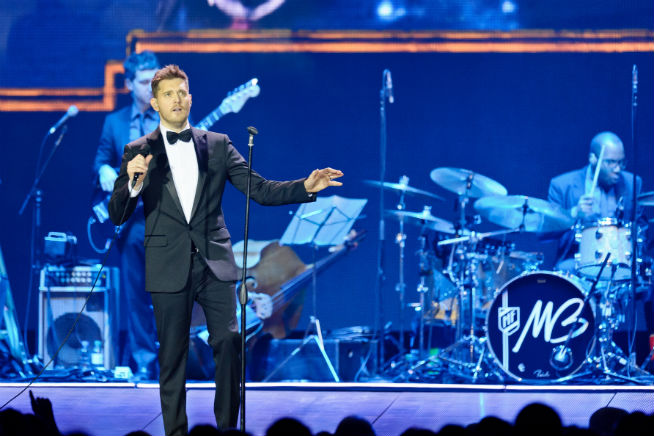 Stay fit
“In some of those pictures of me I looked pregnant. So I cut out bread, rice and pasta. I eat really well now. It’s much easier when you’re with somebody who’s that disciplined. I’ve gone on diets, and I’ve gone up and down with my weight. But keeping healthy is certainly simpler when you’re with your wife and you say, ‘What do you want to do today?’ and she says, ‘Let’s go to the gym.’”

Learn from the best
“Steal from as many people as possible. Rip off one person and you’re a thief – but if you steal from everyone, you can tell people it’s research.”

Relax on stage
“It’s the moment when I’m about to climb those stairs and go on stage, feeling the audience’s anticipation and my own anxiety that I’ll do a good job for them, that I feel the most gratitude. It’s when all is right in my world because all I ever wanted to be was a performer. I wanted it so badly that, to me, this chaotic, insanely busy and structured life I’m living — flying from country to country, playing one tour date after another, sometimes around 150 shows a year — makes wonderfully perfect sense.”

Forget image
“With my first record, I was marketed by the record company as ‘the mom crooner’. I understand why – they thought that was the easiest and best way to sell records. But the truth is they sold an image, which wasn’t who I was. When I’d read things like ‘he’s the nan’s favourite’, I would try to prove I wasn’t that. I’ve realised it’s more important to be yourself. I’m not going to try to be something harder or different to what I am. I like myself and my friends think I’m cool, and cool is as cool does.”

If it ain’t broke…
“People ask do I want to move away from being a ‘covers guy’ and I reply, ‘Do you mean step away from the image of a guy who sells out arenas and millions of records?’ I don’t think it’s as important to be perceived to be the best. It’s more important to be the only one who does what you do.”

Embrace fatherhood
“This kid (he and his wife have an 18-month old son, Noah) has brought something to my life that I never knew was there. I didn’t know that kind of love existed. It’s allowed me to be better at what I do – way better. There’s a fulfilment and a joy that I have in my life that I didn’t have before.”

Ignore the critics
“I’ve started to realise how unimportant all that gossip stuff is. I’ve got a great family. I’ve got a great, happy life. I’ve got a woman I’m in love with. Do I really need to sit and obsess about what strangers are saying?”

News
Nightlife
EDITOR’S PICKS
UAE holiday dates announced for National Day
READ MORE
Emirates Dubai 7s is back: Here's why we're excited...
READ MORE
Tennis ace Andy Murray to play at Mubadala World Tennis Championship
READ MORE
UAE 50: Where to watch National Day fireworks in Dubai
READ MORE
MOST POPULAR
20 of the best things to do in Abu Dhabi this long weekend: Part 2
First look: London-loved restaurant The Cinnamon Club opens in Dubai
Check out this amazing display at the world's highest outdoor infinity pool
The coolest Dubai beach clubs to book a spot at this weekend
7 festive reasons to head to Fairmont The Palm this December
YOU SHOULD CHECK OUT
Our website uses cookies and other similar technologies to improve our site and your online experience. By continuing to use our website you consent to cookies being used. Read our privacy policy here.