Nicki Minaj 'is coming back to Dubai'... so she says

What’s On tries to track down information about a Nicki Minaj concert in Dubai after the star mentioned it on her official Twitter account.

Is Nicky Minaj coming back to Dubai?

The Grammy-nominated US rapper, Nicki Minaj who released new album The Pinkprint at the end of 2014, has set tongues wagging in Dubai after a tweet she sent suggested her latest tour would be winging its way to the Middle East.

She dropped the massive hint of an upcoming UAE concert on her official Twitter account when she responded directly to a fan – or Barbiez, as she affectionately calls them – during a blaze of posts about upcoming shows.

What’s On were quick to speak to all the major players in Dubai and Abu Dhabi’s live music business, but none were able to confirm they were behind a plan to bring the star to these shores. The companies behind concerts like that of One Direction, Drake, Robbie Williams and Paolo Nutini, were all as excited – and as in the dark – about the potential for gig as we were.

Should a date be announced it is most likely to be after August 18, when the US and Canada leg of her The Pink Print Tour. The star is currently in Europe, taking in the England, Belgium, Paris and more, before finishing for the summer on April 12 in Glasgow, Scotland.

This wouldn’t be the first time the Super Bass singer has performed on our shores: she was here back in 2012, performing at Meydan Racecourse. 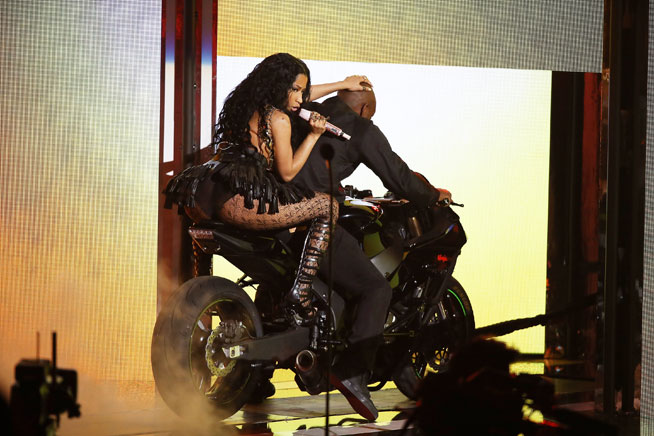 News
Nightlife
EDITOR’S PICKS
So, when is the next UAE public holiday in 2021?
READ MORE
All of the lavish new hotels set to open in Dubai in 2021
READ MORE
16 of the best pool passes in Dubai that are fully redeemable
READ MORE
All of the restaurants at West Beach, Palm Jumeirah
READ MORE
MOST POPULAR
Yas Marina Circuit ready to 'welcome back fans' to Abu Dhabi Grand Prix
Father's Day Abu Dhabi 2021: 7 great deals dad will love
Abu Dhabi building project will house mosque, church and synagogue
7 epic things to do in Abu Dhabi this weekend: June 17 to 19
Rumba Cuban Bar & Kitchen launches a laid back Saturday lunch
YOU SHOULD CHECK OUT
Our website uses cookies and other similar technologies to improve our site and your online experience. By continuing to use our website you consent to cookies being used. Read our privacy policy here.