And we have lift off! The record-breaking attempt to circumnavigate the globe using a solar powered plane has taken off from Abu Dhabi today.

Departing at 7.15am from the Abu Dhabi Al Bateen Executive Airport, the Solar Impulse 2 (Si2) is currently on its way to Muscat, Oman.

The take-off had previously been delayed earlier this month due to poor weather conditions. 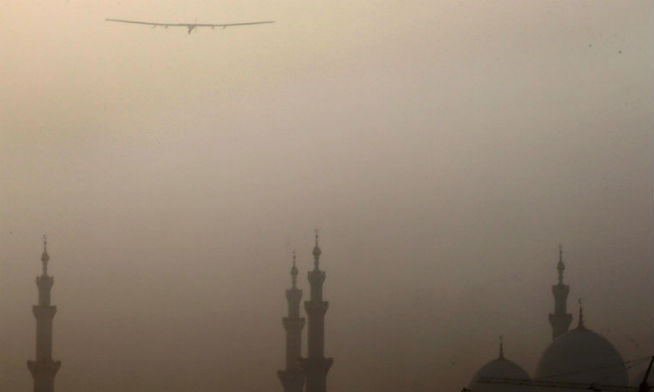 The single-seater aircraft is made up of carbon fiber and only weights 2,300kg, the approximate weight of a average sized car. The plane boasts an unusually large 72-metre wingspan, (that’s larger than a Boeing 747-81) which holds 17,000 solar cells in its wings. The solar cells will charge lithium batteries in the craft, to ensure the plane can also fly in the night. 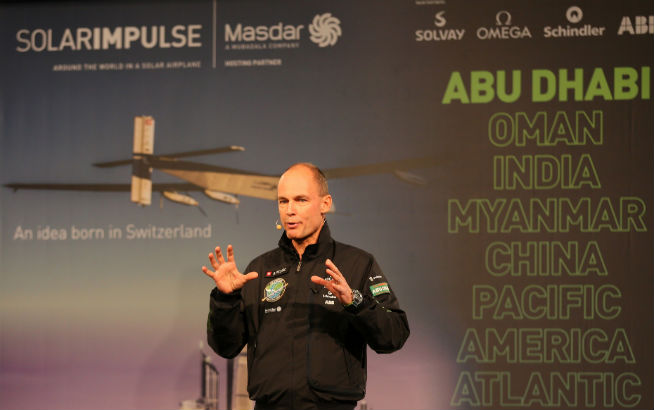 The flight around the world is expected to return to the capital in July this year. The route includes stops in Muscat, Oman; Ahmedabad and Varanasi, India; Mandalay, Myanmar; and Chongqing and Nanjing, China. After crossing the Pacific Ocean via Hawaii, Si2 will fly across the United States, stopping in Phoenix, the Midwest, and New York City at JFK. After crossing the Atlantic Ocean, the final legs include a stop-over in Southern Europe or North Africa before returning to the capital.

To get updates and follow the live feed of the flight, visit the Si2’s official website: solarimpulse.com

News
Outdoor
Sport & Fitness
EDITOR’S PICKS
So, when is the next UAE public holiday in 2021?
READ MORE
All of the lavish new hotels set to open in Dubai in 2021
READ MORE
16 of the best pool passes in Dubai that are fully redeemable
READ MORE
All of the restaurants at West Beach, Palm Jumeirah
READ MORE
MOST POPULAR
UAE cheffing legends Reif and Faisal collaborate on limited time pop-up
Tuck into smoked brisket, wings and more at this new BBQ smokehouse
Emirates ID now proves vaccination and PCR results at DXB airport
Abu Dhabi tourists can now get free vaccines through SEHA
Before and after: Stunning photos capture Dubai’s incredible transformation
YOU SHOULD CHECK OUT
Our website uses cookies and other similar technologies to improve our site and your online experience. By continuing to use our website you consent to cookies being used. Read our privacy policy here.