Kool And The Gang, and their 50 years at the top

What’s On has a Kool And The Gang profile ahead of Blended Dubai 2015. See pictures, videos and more ahead of the music festival in Dubai.

For more than 50 years, Kool And The Gang’s infectious groove of R&B, funk and soul has produced classics such as Cherish, Fresh and Get Down On It and pioneered a sound that inspired generations of younger artists, making them the most sampled band of all-time.

But back in 1964, they were seven high school kids – led by bassist Robert ‘Kool’ Bell – playing jazz clubs in New Jersey. Originally The Jazziacs, the boys refined their style several times before evolving into Kool And The Gang. Five years later, their eponymous debut album hit the Billboard R&B charts.

The rise of disco in the 1970s challenged Kool And The Gang’s funk sound but the group still managed a string of top ten singles such as Jungle Boogie, Hollywood Swinging and the Grammy Award-winner Open Sesame, which featured on John Travolta’s film Saturday Night Fever.

Kool And The Gang then hired legendary Brazilian producer Eumir Deodato and a new lead vocalist, JT Taylor, which led to their hits Too Hot, Celebrate! and Ladies’ Night.

The band figured in the charts until 1987, when new musical tastes pushed them to the side. But, instead of disappearing from the airwaves, rappers and hip hop artists began referencing their records, ensuring their sound reached a new audience. The bass line on Lightnin’ Rod pumps through Wu-Tang Clan’s Method Man, the drum break on N.T. lifts Nas’ N.Y. State Of Mind while the sublime keys of Summer Madness flow behind Summertime by DJ Jazzy Jeff and The Fresh Prince. 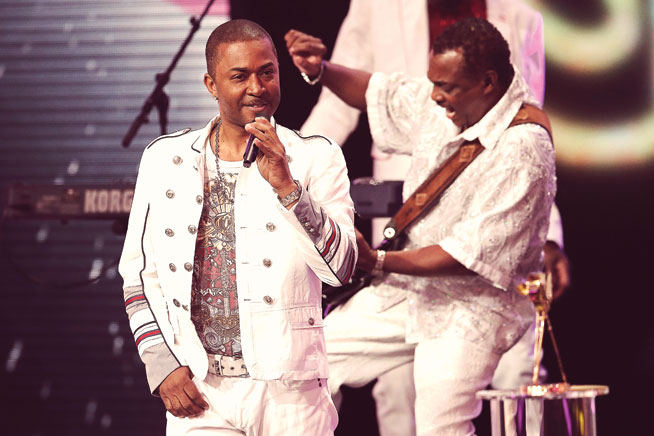 Kool And The Gang influenced filmmakers too: who can forget contract killers Jules and Vincent (Samuel L Jackson and John Travolta) cruising along to Jungle Boogie in Quentin Tarantino’s Pulp Fiction?

With such a strong back catalogue, it’s no surprise that Kool And The Gang are still filling stadiums. After all, hit music just never goes out of fashion.

News
Nightlife
Things to do
EDITOR’S PICKS
Ramadan in Dubai: 48 iftars to try
READ MORE
Where can Dubai residents travel? Check out these 14 destinations
READ MORE
Rumours, facts and reveals: New Abu Dhabi bars and restaurants
READ MORE
UAE announces reduced working hours for Ramadan 2021
READ MORE
MOST POPULAR
#ThisIsNotABuffet: Here's how Alserkal Avenue celebrates Ramadan
Review: Could Hunter & Barrel be your favourite new steakhouse?
French restaurant La Serre to open in Habtoor Palace Dubai later this year
10 amazing things to do in Dubai this weekend: April 22 to 24
Sweet treats to enjoy this Ramadan in Dubai
YOU SHOULD CHECK OUT
Our website uses cookies and other similar technologies to improve our site and your online experience. By continuing to use our website you consent to cookies being used. Read our privacy policy here.