The hotel heiress and reality TV star Paris Hilton will be in Abu Dhabi on April 30 for the launch of a new nightclub, Legends.

Based in the Sheraton Abu Dhabi Hotel and Resort, the venue will celebrate the opening with three nights of celebrity performances.

“There are so many ways to market a place and when you bring in a personality, it is an easy way to pull a crowd,” explains James Vadakkethil, general manager of Subha Hotel Management and spokesperson for Legends. “We are giving people a choice, you can choose which day you go.” 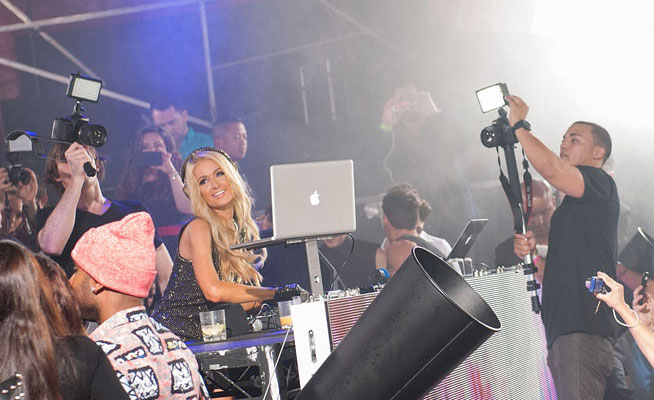 On Thursday April 30 the club will open its doors at 9pm with Hilton expected to arrive at 11pm and the special DJ session to begin by 1am.

Fans eager for a glimpse of the heiress should dress to impress, in hopes of gaining entrance. There will be no entrance fee, however door policy applies. “We will be selective,” adds Vadakkethil. Groups and ladies in glamorous attire will be given preference.

Friday May 1 will see R&B star Craig David hit the decks, fresh from an appearance at Blended in Abu Dhabi. Entrance will cost Dhs150 for men and Dhs100 for ladies.

While on Saturday May 2, Lebanese singer Faris Karam will perform. Described as an “Arabic version of Craig David” by Vadakkethil, the club will also host a regular Arabic night every week.

Clubs
News
Nightlife
Things to do
EDITOR’S PICKS
Here's the full list of UAE public holidays in 2023
READ MORE
23 incredible things to look forward to in the UAE in 2023
READ MORE
Hidden gems: 10 UAE desert pop-ups to discover this winter
READ MORE
Where to travel in 2023: 10 new flight routes from the UAE
READ MORE
MOST POPULAR
With its unique decor, Dubai's La Nina restaurant evokes tales of distant travels
Reservations are now open for French restaurant Fouquet's Dubai
The colourful Sharjah Light Festival returns next week
Relive those cosy winter moments at Chalet 105 at Twiggy
There are some big road closures in Abu Dhabi this weekend
YOU SHOULD CHECK OUT
Our website uses cookies and other similar technologies to improve our site and your online experience. By continuing to use our website you consent to cookies being used. Read our privacy policy here.