What’s On has the new Star Wars trailer featuring Abu Dhabi Liwa Desert, the setting of Jakku, a new planet in Star Wars: The Force Awakens.

The latest Star Wars trailer has been released, featuring the biggest look yet at how the UAE will feature in the blockbuster.

The Force Awakens, the seventh in the iconic franchise, is due for release in December this year, with specific details about the plot, location and characters involved all very much still a secret.

Thursday’s release is the first glimpse of anything around the film since November’s 90-second teaser, which also featured part of the Liwa Desert, Abu Dhabi. And it is this particular location that has caused the biggest stir in the hours following the trailer’s release.

It had been widely speculated that the stunning scenery of the UAE’s Empty Quarter was to be the setting of Tatooine, the home planet of Luke Skywalker in the original Star Wars trilogy. However, directer JJ Abrams revealed it is instead the planet Jakku, a new addition to the story. It will form much of the early part of the film, it has been reported, and will see Daisy Ridley’s Rey meet up with a stormtrooper, known as Finn, played by John Boyega.

This latest trailer starts with a wide angled panning shot of a vehicle driving across what we now know as Jakku, before coming across a crash landed Star Destroyer. Other giant set-pieces show battling X-Wings across both the desert and greener locations.

**PICTURES: Behind the scenes of the Abu Dhabi Star Wars set** 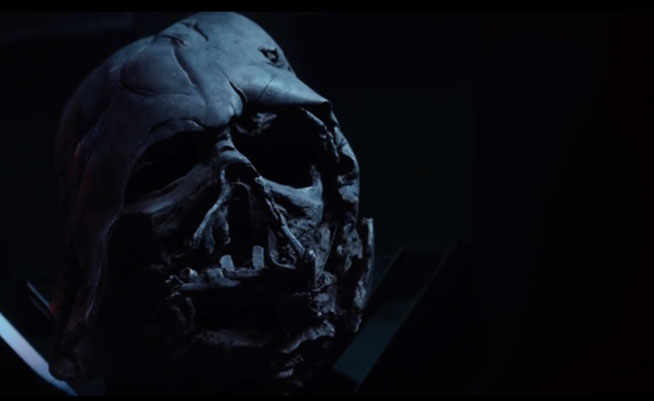 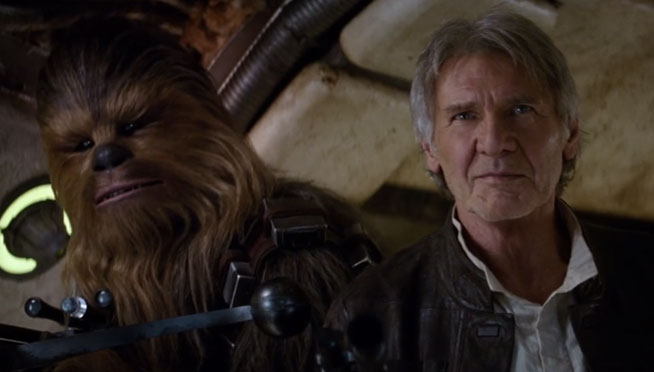 We are also treated to seeing Han Solo, played by Harrison Ford, who was actually injured on set, and Chewbacca (Peter Mayhew) reunited on the Millennium Falcon. Carrie Fisher, who returns as Princess Leia, is not seen.

The unmistakeable voice of Skywalker, played once again by Mark Hamill, is also heard, though to whom he is talking remains a mystery, while the badly damaged Darth Vader helmet is seen held by a mystery pair of hands. 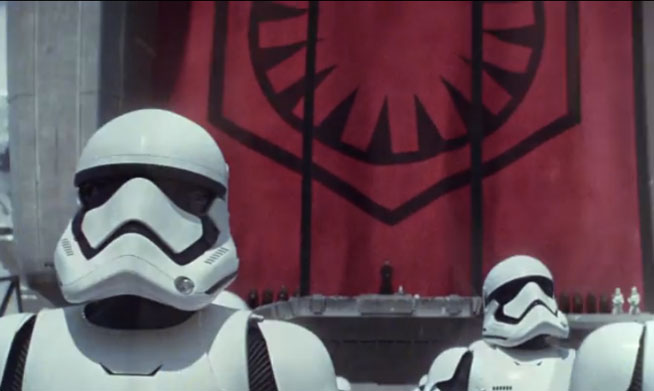 The previous trailer’s biggest talking point was a newly designed red lightsaber, which has a glowing laser crossguard. There appears to be no such contorversy this time around.

At the time of writing, some 15 hours after release, the trailer had been viewed almost 17million times on the official YouTube account.

Culture
Film
News
EDITOR’S PICKS
Ramadan in Dubai: 40 iftars to try
READ MORE
Where can Dubai residents travel? Check out these 14 destinations
READ MORE
Rumours, facts and reveals: New Abu Dhabi bars and restaurants
READ MORE
UAE announces reduced working hours for Ramadan 2021
READ MORE
MOST POPULAR
Sheraton Mall of the Emirates has a lot to offer this Ramadan
Looking for a cosy long stay residence in Dubai? Check this out...
Have you spotted the new Talabat Patrol team on Abu Dhabi roads?
Iftar home delivery for one? Here are some options...
Stunning Australian restaurant Hunter & Barrel is now open
YOU SHOULD CHECK OUT
Our website uses cookies and other similar technologies to improve our site and your online experience. By continuing to use our website you consent to cookies being used. Read our privacy policy here.