On the menu: brains, hearts, testicles and tongue

What’s On interviews the chef at new restaurant Boulevard Kitchen, Manzil Downtown, a hotel in Dubai that uses the nose to tail concept.

Eating the more unconventional parts of an animal is a trend that has been gathering pace in recent years around the world, and it has now arrived in Dubai. But is the UAE ready for it?

**Scroll down to read what exactly is used, and how…**

Why did you want to bring nose to tail eating to Dubai? It’s a lot more common than people realise. There are Lebanese restaurants in Dubai that serve brains and tongue. I saw an opportunity to develop it and bring it into a hotel environment. Rather than eat this food in small restaurants in Karama, you can come to The Courtyard and try it.

Where do you source your ingredients? We get whole lambs from a local farmer. But if I order one lamb I only get one brain, so I have to order more brains separately. These are the parts of the lamb that usually get thrown away so I’m reusing these pieces; it’s actually environmentally friendly. We even use the intestines to make the casing for our three types of sausages. 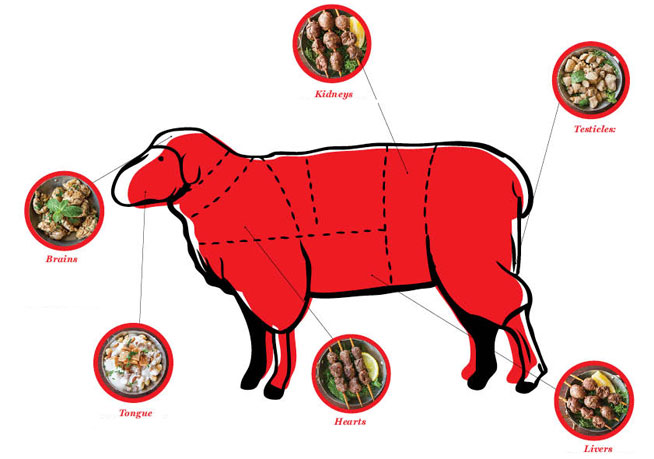 Is this a gimmick? No, not at all. Yes, you need a hook with a new restaurant and you have to create a story, but we have to make these dishes sellable; this is not window dressing. Remember, this is how people used to eat. You didn’t buy a chicken breast. You went in your backyard, caught the chicken, killed it, plucked it and then used every part of it.

Are there any parts of the animal that you do not use? Well, we tried using the stomach lining. We stuffed it with rice cinnamon, cumin, tied it up, and boiled it. But it was hard to clean, and then there was the smell… We had to stop somewhere. We chose items for our menu that were more ‘offal friendly’. Not many people are going to say, “Hey, let’s go try some stomach lining!” But things like heart, kidney, tongue, testicles – I think a much broader spectrum of people will eat them.

What has been the reaction of diners at Boulevard Kitchen? They love it. It’s funny, we’ve had people come in and say, just give me a plate of things to try, don’t tell me what it is. They eat it all and really like it, and ask me what it was. I tell them, “Well, that was testicle, that was heart…” And they’re like, “Alright.” 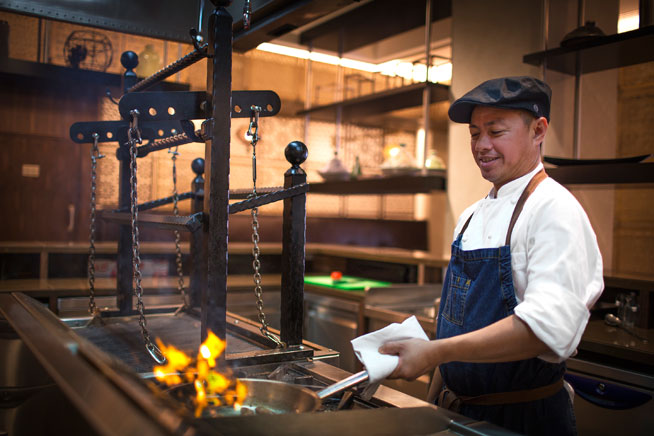 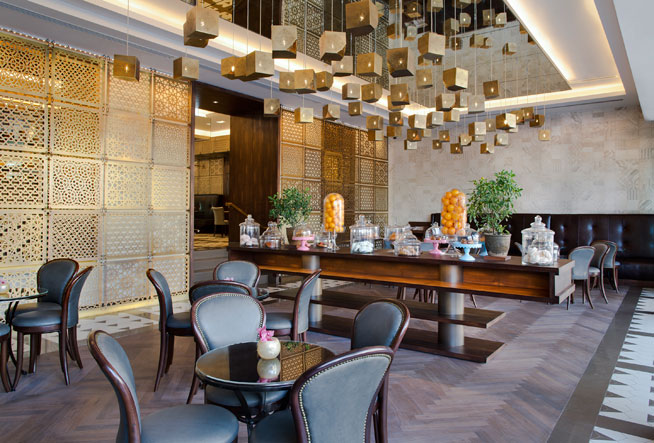 Was it hard to convince your bosses this was a good idea? I was so nervous about telling them what I was doing. I didn’t tell anybody till we got really close to opening the restaurant. We called the bosses in for a tasting and they liked it. One challenge we had was that we weren’t sure how to phrase the concept. We talked about nose to tail, but also head to hoof.

What would you say to people who might be sceptical about trying these dishes? Don’t let the names put you off. If you didn’t know what I was giving you, you’d eat it and enjoy it.

Brains
We poach them in a little bit of lemon juice and water. Then we cool them, and sautée them in garlic and olive oil

Tongue
We boil the tongue for two hours. Then we cool it and peel the skin off, chop it, sauté it and make a fatteh salad

Hearts
They’re the size of a fist when we get them. We open them up and clean out the fat and any clots. We chop them, and sauté them with olive oil and lemon

Livers
Same method as the kidneys. Both are high in iron – very good for you

Testicles:
We cube them and then sear them in olive oil, garlic, lemon, butter, salt and pepper

Eat & Drink
News
Restaurants
EDITOR’S PICKS
So, when is the next UAE public holiday in 2021?
READ MORE
All of the lavish new hotels set to open in Dubai in 2021
READ MORE
16 of the best pool passes in Dubai that are fully redeemable
READ MORE
All of the restaurants at West Beach, Palm Jumeirah
READ MORE
MOST POPULAR
Celebrate Christmas early with these 'Halfway to Christmas' brunches
Pics of the week: Your best photos of the UAE
What’s On The Bookshelf: Rom-coms great for reading on the beach
Book your holiday package from Dhs1,399 per person with Holidays by flydubai
Immersive cabaret concept The Theater Dubai opens its doors
YOU SHOULD CHECK OUT
Our website uses cookies and other similar technologies to improve our site and your online experience. By continuing to use our website you consent to cookies being used. Read our privacy policy here.