What’s On has a video and details rowing classes in Dubai known as Rock n Row, located at Bodyworx in JBR. Find out prices and class times.

At first this may sound like a ridiculous idea: Take what is arguably the least popular cardio machine in the gym — one that involves sitting down and then repeatedly sliding back and forth — and dedicate an entire class to it. Yes, the bedraggled rowing machine has been dragged from the corner of the gym, given a shiny new look and arrived to our shores in the from of Rock n Row classes at Bodyworx in JBR. 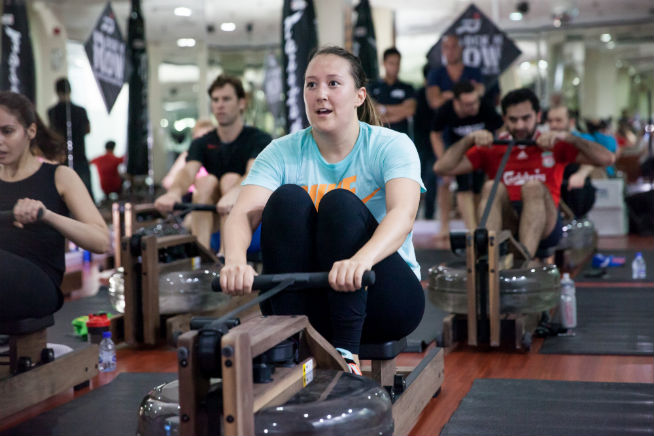 Popular in boutique workout studios in New York, the trendy WaterRower machine has now landed in Dubai. Rather than a conventional rowing machine, which uses air as the method of resistance, the WaterRower uses water to test your stamina and create a more realistic rowing experience. And instead of rowing to the ticking clock on the little electronic screen in front of your nose, there’s the lovely Rosie Hayes at the front of the class giving orders while an uptempo playlist plays in the background. 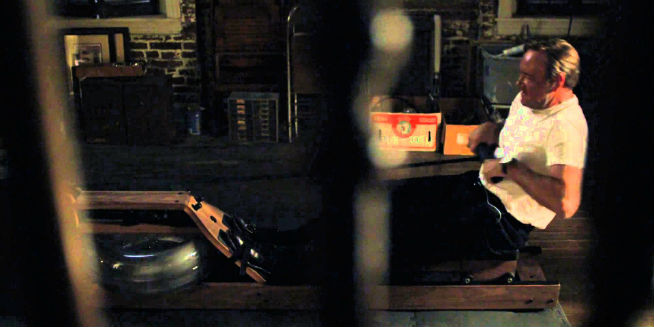 It’s proving popular with fitness folk, from CrossFit fans and yogis to professional athletes and celebrities – it’s even taken a starring role in the hit TV show House Of Cards. The machine attracted a cult following after the central character, Frank Underwood, played by Kevin Spacey, was seen sweating away a stressful day on the WaterRower in his basement. Well, languish in the basement no more, humble rowing machine. It’s time to go upstairs for your moment of fame.

What’s On went to the first-ever rowing class in Dubai to check it out:

News
Sport & Fitness
Things to do
Workouts
EDITOR’S PICKS
Ain Dubai will open with fireworks, live music and a drone show
READ MORE
Incredible Aura SkyPool to open in Palm Tower this November
READ MORE
Brit Grand Slam hero Emma Raducanu confirmed for Mubadala Tennis
READ MORE
What’s On Nightlife Awards 2021: Here are the nominees...
READ MORE
MOST POPULAR
Rag’n’Bone Man is coming to Dubai in November
Coffee and cars combine at this unique new Dubai cafe
12 of the best places for glamping in the UAE
Emma Raducanu sends a message to her UAE fans
Parisian celebrity hotspot Caviar Kaspia has opened in Dubai
YOU SHOULD CHECK OUT
Our website uses cookies and other similar technologies to improve our site and your online experience. By continuing to use our website you consent to cookies being used. Read our privacy policy here.