Typo
Stationary geeks will be in their element at Typo, a store that will transport you back to your school days of competing to have the coolest folders and the best glitter pens. They also have an impressive array of nifty accent pieces for the home at pocket friendly prices along with some of the cheeriest staff we came across in our BoxPark travels.
facebook.com/typoshop 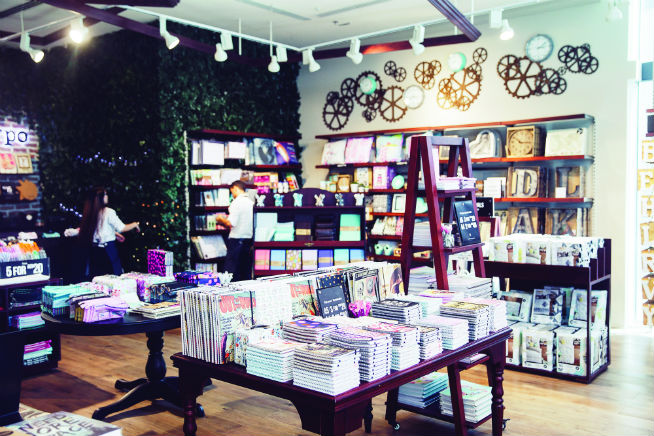 OnePiece
Onesie lovers rejoiced when OnePiece opened their doors in BoxPark as the first UAE standalone store. The Scandinavian brand were the creator of the original onesie concept and have hit our shores with some of their most colourful designs. Guaranteed to become your go-to for the ultimate in comfort clothes.
onepiece.com

Urbanist
This is a treasure trove of everything from unique furniture, unusual artwork, and some big name designers such as Sonia Rykiel and MSGM. It’s good for both men and women and is set to become one of the city’s coolest boutiques. Pieces are sourced internationally and are limited in number, meaning it is unlikely you’ll run into somebody wearing the same threads at your next fashion soiree.
facebook.com/Urbaniststore

The Zoo
We’ve been fans of The Zoo Concept for some time and the newest branch doesn’t disappoint. Expect to find gifts, accessories and the coolest collection of novelty figurines, all handpicked by owner Hussein Rasheed.
facebook.com/thezooconcept

Liv by Giant
One for the girls, Liv by Giant is catering to the female cycling movement that’s quickly growing in Dubai. If the selection of bikes and accessories doesn’t impress you, the knowledgeable staff certainly will; they’re more than happy to have a chinwag with likeminded individuals.
liv-cycling.com

Rundholz
Fashion bunnies will have had Rundholz on their radar as one of coolest brands to come out of Germany. Think minimalist lines and unusual shapes – a welcome relief from the usual offerings found on the high street.
studiorundholz.de

Poupette à la Plage
Treat your mini-me with a trip to Poupette à la Plage and pick up a vintage-inspired ensemble. The store caters for both boys and girls aged between six months and 12 years, with pieces made from fabrics from high-end hot stores such as Liberty Of London.
poupettealaplage.com

Adidas Originals
A retail space dedicated to the famous sports brand’s fashion line, which can count Pharrell Williams among the legions of ambassadors. We were told this would be the largest store of its kind in the MENA region. 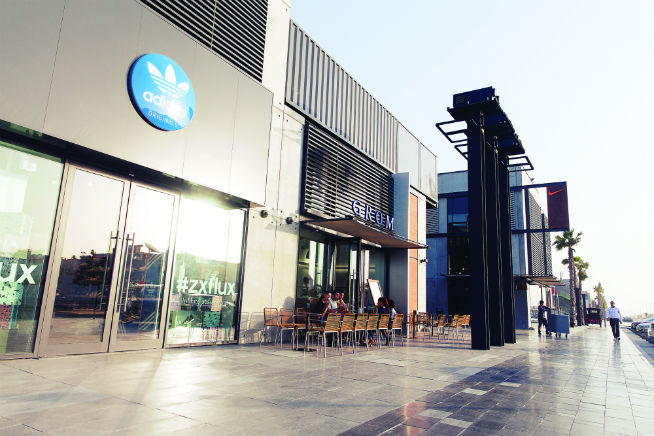 Nike
Trekking through the mall to get to a sports shop can feel like a workout in itself, so we rather like the idea of the easy access of Nike’s newest branch in the city. It’s retail therapy with a healthy reason behind it.

Toms
Californian-based ethical marketplace specialising in fashion but offering a casual place to grab a coffee between purchases. The company started with the premise that each item bought will aim to help those less well off who had helped create it.

Swatch
If you grew up in the 1990s chances are you owned a Swatch watch. Snap up an affordable piece of Swiss craftsmanship and relive being the coolest kid in class all over again.

Grom
If your stroll along BoxPark has left you feeling over heated, make a beeline for Grom. They’ve turned gelato into an art form with mouth watering flavours such as tiramisu and mandarin. But what sets Grom apart from competitors is their mantra of natural ingredients that contain no artificial colours or preservatives, so there’s no guilt in going for that second scoop.
grom.it/en 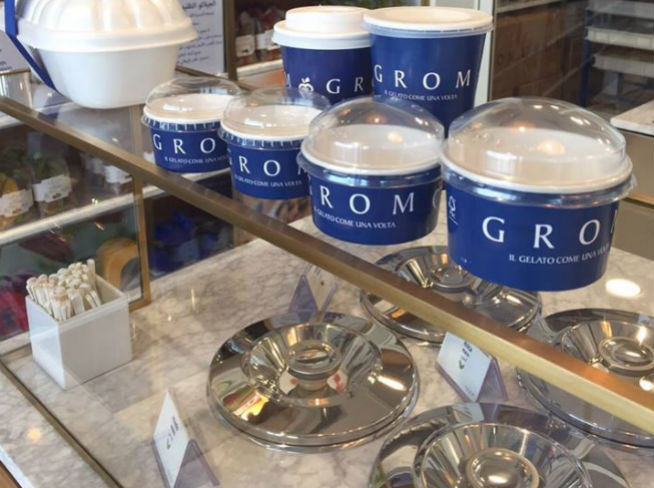 Jag Restaurant
This restaurant is not yet open but it will be dishing up authentic Azerbaijani food when they open their doors.
facebook.com/jagrestaurant.dubai

Bubbleology
Head to Bubbleology if you fancy a cuppa with a difference. They’ve brought the bubble tea craze to BoxPark with a menu of flavours such as honeydew, lychee and white peach. A tea break will never be the same again.
facebook.com/pages/Bubbleology-UAE

Yamaha Café
Calling all petrol heads, you can dabble in your hobby while sampling Japanese cuisine at the Yamaha Café. The concept store doubles as a Japanese restaurant along with an accessories store selling brands like Jobe, Nolan and Alpine Stars.
yamahacafe.com 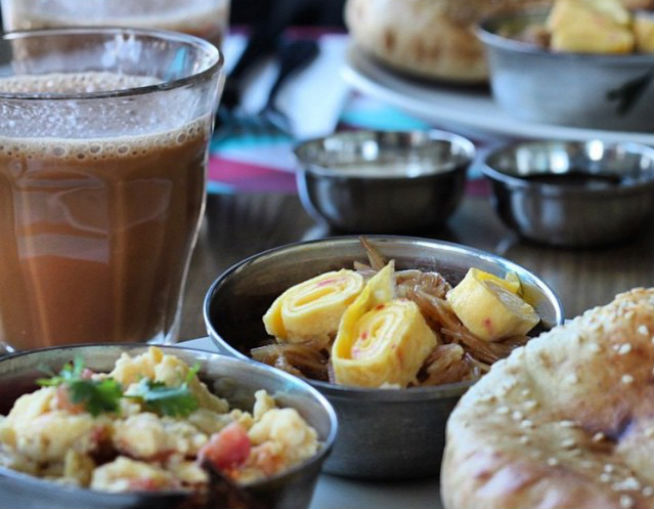 Gossip Desserts
Gossip and desserts? Be still our beating hearts. Delve deeper into Gossip Desserts’ menu and you’ll be treated to an impressive range of main meals from Italian, French, Middle Eastern and American cuisine, making this an ideal spot for families with fussy eaters. It’s also ideal for a casual brunch at the weekend.
gossipdesserts.com

Bianca Mozzarella
If you are craving authentic Italian cuisine, look no further than Bianca Mozzarella. Not only is the setting rather pretty, the pasta dishes are created from traditional family recipes and whipped up in front of you. We also like the personal touch from the chef in helping to choose the type of cheese that compliments your dish and palate best.
facebook.com/bianca.uae 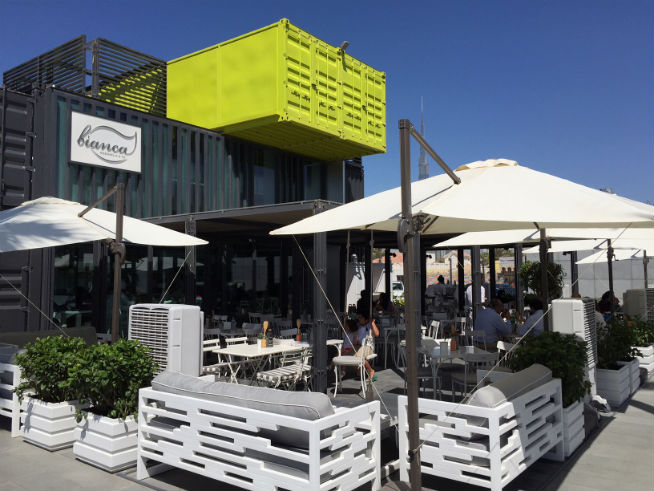 Ahwak
Dishing up hearty Lebanese fare, BoxPark’s Ahwak is the second location for the brand, following the success of the first in the Grand Millennium Hotel in Tecom. We recommend the mezze.
facebook.com/ahwakcafeuae

Big Smoke Burger
No doubt ready to make a play for late addition to our February cover story on the best burgers in Dubai, this Toronto burger joint has developed a fine reputation Stateside for its curious menu that features 14 kind of burgers as well as fries with cheese curd and gravy.

Dri Dri
Priding itself as having the best Italian gelato outside the sweet treat’s homeland, Dri Dri has made waves on JBR with its ‘healthy’ offerings. Expect more of the same at this new location.

There are some unusual pieces of art at BoxPark that showcase some of the UAE’s home-grown talent. Keep your eyes peeled for pop up installations. 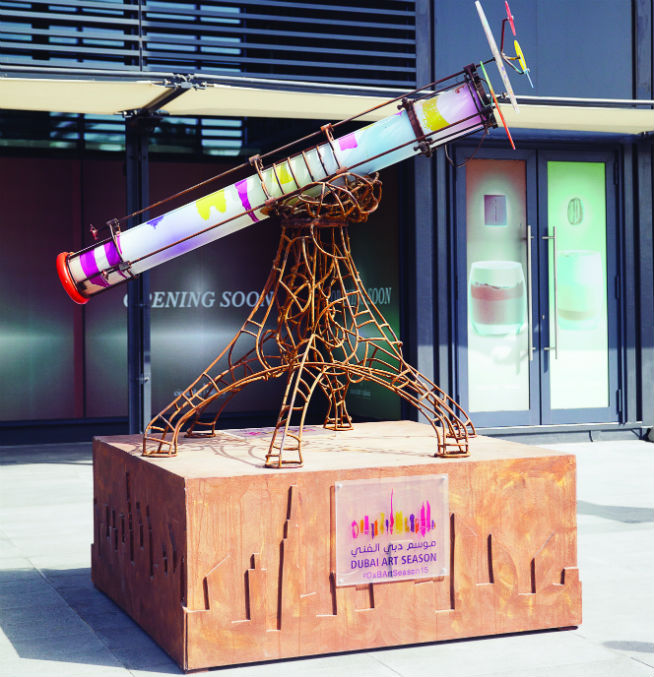 Eat & Drink
News
Restaurants
Salaam!
Things to do
EDITOR’S PICKS
Here's the full list of UAE public holidays in 2023
READ MORE
23 incredible things to look forward to in the UAE in 2023
READ MORE
Hidden gems: 10 UAE desert pop-ups to discover this winter
READ MORE
Where to travel in 2023: 10 new flight routes from the UAE
READ MORE
MOST POPULAR
Win a holiday around the world with Dubai Creek Resort
16 places to get fabulous pre-loved and thrifted apparel
Celebrate the month of love at Fairmont The Palm
How to support those affected by the Turkey-Syria earthquake
Celebrate love with this Beach Resort's floating breakfast above the clouds
YOU SHOULD CHECK OUT
Our website uses cookies and other similar technologies to improve our site and your online experience. By continuing to use our website you consent to cookies being used. Read our privacy policy here.