What’s On pals Hype gives an overview of DJ Chris Liebing ahead of his gig in Dubai. He plays at Level 41, Media One, Dubai Media City.

Chris Liebing is a modern techno heavyweight, pure and simple. But although he has made a long career out of barreling beats, bleak soundscapes and punishing rhythms, he himself isn’t at all foreboding, despite his rather large physical presence. Instead he is known throughout the scene as an ever-energetic character with plenty of time for anyone and everyone.
Liebing’s “thousand yard smile” is as recognisable as his own brand of pumping techno, and it all started out for him in the ’90s in a small but influential German techno town called Giessen. Back then he toyed with soul, pop and house before eventually settling on techno. And so in love with the scene was he that he opened his own party space, Spinclub, in 1994, as well as starting up his first label not long after. 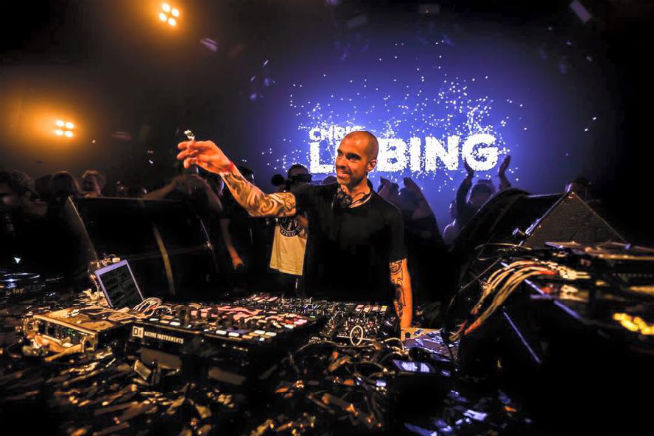 Around the same time, he picked up a job in Eye Q Records in Frankfurt, which in turn led to him meeting all sorts of local movers and shakers. One day in 1998, when a friend couldn’t honour his gig at legendary techno club Omen – a place surely familiar to those who know their Sven Väth history – Chris got the nod and did such a good job that he has been playing the place on a regular basis ever since. Now, decades later, Liebing is back in the spotlight once more with a new, industrial tinged sound that couldn’t be more en vogue with the underground cognoscenti.

The German DJ and producer is also boss of his own internationally acclaimed, 15-year-old label CLR, which initially stood for Chris Liebing Recordings. In 2010, Liebing changed the meaning to ‘Create Learn Realize’, and the label now offers a broader spectrum of sound as a result. Much like the boss’s own music, the imprint is currently characterised by a dark strain of industrialism, brutalism and raw functionality thanks to ahead-of-trend releases from revered artists such as countryman Jonas Kopp and the UK’s Perc and Tommy Four Seven.

“I love the output that we have right now,” Chris said recently of CLR’s current schedule. “I love it because it is quite diverse, but it’s everything I love to play and I love to listen to. I think I want to make it even more diverse. I’m having a lot of fun with the label at the moment and I hope to continue that.”

Back in early winter, Chris put his physical abilities to the test by riding his bicycle all the way to the massive annual electronic music conference that is the Amsterdam Dance Event. It was part of a charity fundraiser with online music magazine Resident Advisor and thoroughly put his thighs through their paces.

“ADE is always something really special, every year,” he beamed shortly afterwards. “And it was of course an amazing experience to ride to Amsterdam and arrive there on day one. I think everyone did better than expected because we had the wind on our side, which was good. We were coming from the south, to be precise from Dunkirk in France, going up the whole coast to Amsterdam. It was a really, really fantastic experience and even better because we raised a lot of money for building a music school in South Africa.”

Never one to shy away from a challenge, like many techno artists, technology is at the heart of everything that Liebing does. He was one of the first amongst his peers to adopt and adapt to digital tools and as such, his DJ sets (which often extend to 12-hour marathons at places like Berlin’s Bargain) and live shows have always been things of real vitality, intricacy and energy. As well as playing solo at every conceivable club and festival around the world, he often hooks up in the booth with fellow techno behemoth Speedy J. The resulting sets are blistering affairs that combine the old with the new in arresting fashion.

It’s fair to say Liebing hasn’t always been as hot and in favour as he is now: the early part of the last decade found him more associated with boring big rooms sounds than cutting-edge techno. Importantly, though, he recognised this, and rather than continuing to take big fat cheques he took the brave decision to shake things up. In turn he started a new podcast series under the CLR banner, and was much more adventurous in his A&R with the label. It paid off, with his newfound rawness immediately turning the heads of those that know.
“I have never been one for sifting through mountains of demos,” he explains of how he finds new music for his label, as well as his digital record crate. “I kind of try to sense what’s going on around me and feel where I want to take the label. The A&R process is more about feeling what kind of people you should ask to do music for you. That’s a big part of the whole thing. That’s why the internet is so great, you hear some music you like and get in touch with those people. You ask them to send you their latest releases, you ask them for a mix, and maybe you do a podcast with them. This way you get to know them better and get to know how they function.” 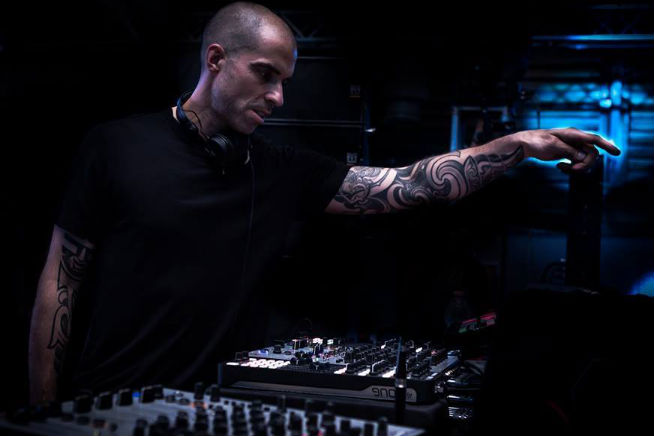 Nowadays the CLR podcast has taken on a new form: it’s called the AM/FM Radio Show with eight episodes already out there as Hype went to press. “It’s a reference to good old radio days when you had to dial the frequencies to find your favourite shows,” explains Chris of the title. “The idea and the spirit behind it is that I want to deliver inspiring and entertaining music on a weekly basis.”

Part of the show finds Chris uploading segments of his DJ sets from previous weeks, so don’t be surprised if he pops out his Plus Minus set from Dubai online in the near future. But nothing beats the real thing so be sure to head to Level 41 this weekend for the real deal Chris Leibing experience.

Clubs
News
Nightlife
Things to do
EDITOR’S PICKS
Ramadan in Dubai: 40 iftars to try
READ MORE
Where can Dubai residents travel? Check out these 14 destinations
READ MORE
Rumours, facts and reveals: New Abu Dhabi bars and restaurants
READ MORE
UAE announces reduced working hours for Ramadan 2021
READ MORE
MOST POPULAR
Sheraton Mall of the Emirates has a lot to offer this Ramadan
Looking for a cosy long stay residence in Dubai? Check this out...
Have you spotted the new Talabat Patrol team on Abu Dhabi roads?
Iftar home delivery for one? Here are some options...
Stunning Australian restaurant Hunter & Barrel is now open
YOU SHOULD CHECK OUT
Our website uses cookies and other similar technologies to improve our site and your online experience. By continuing to use our website you consent to cookies being used. Read our privacy policy here.