Whichever history of house music you care to believe, it is more than likely that François Kevorkian will pop up at some point or other. If by any chance he doesn’t, then frankly you have chosen the wrong one, because the Frenchman of Armenian descent has played a pivotal role both in the DJ booth, the studio and in the office of a number of influential labels.

A New York resident all his adult life who started his career even before the very earliest stages of this thing we call house, François cut his teeth playing in legendary clubs such as Paradise Garage and Studio 54, and has remained a key figure in electronic music’s endless evolution ever since the end of the ’70s.

Young Kevorkian actually started out playing drums, and soon moved to New York from his native France to “search out more challenges”. Once he arrived in the Big Apple, though, he discovered too much competition at every band audition and so instead decided to focus on DJing. He soon struck gold by securing gigs in increasingly notorious New York clubs, and before long was able to make a career from playing records. As such, you could argue he was one of the first superstar DJs to emerge from an era where the DJ had never really been the focus of the night. 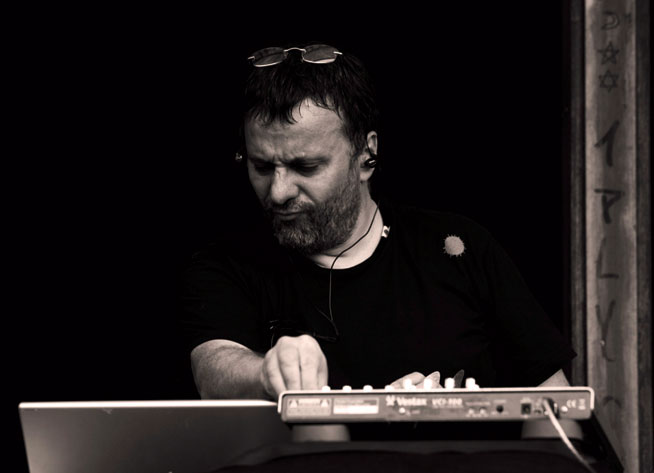 As a way of making his sets standout, François taught himself how to tape edit and began making disco medleys. In turn, this garnered the attention of a number of local label bosses and he was installed as A&R at the fledgling Prelude Records. History tells us this partnership was one made in heaven, because the label – bolstered by Kevorkian’s own remixes and edits of classics like Situation by Yazoo and Go Bang by Dinosaur L, aka Arthur Russell – very much went on to define the New York sound of the day. Tracks that still resonate today came from that era and include the unbeatable disco dazzle of jams like You’re The One For Me and Keep On by D-Train, and Beat The Street by Sharon Redd. Though he left Prelude in 1982, he did so with the proud accolade of having the most No.1 singles in Billboard’s Dance Music Chart at any one time.

What followed was an intense period of high profile studio work in his own space, Axis Studios, and a hiatus from DJing. It didn’t last long, though, because given his influential production work, the Frenchman remained a high profile figure and began touring internationally once more come 1990. In the mid ’90s, Kevorkian was back in the label game, this time with his own Wave Music. Focusing on no one style in particular and rather just a future-facing blend of everything, the label (and its many offshoots) remained a pillar of dance goodness right up to 2012.

Despite all this, it’s fair to say that many people will associate Kevorkian with his parties. First came long running New York shindig BODY&SOUL. That was a Sunday session started in 1996 that saw François play with fellow residents Joaquin ‘Joe’ Claussell and Danny Krivit for a cosmopolitan and varied crowd of dancers that were never afraid to get ecstatic, soulful and wild. A well-received compilation series also followed, and in 2003 he was at it again, this time starting a Monday night residency, Deep Space NYC. This night echoed the evolution of Kevorkian’s own DJ sets in that it focused less on organic and emotive house music and more on space-aged, futuristic techno and dub sounds. Hip-hop and reggae, drum ‘n’ bass and disco also get dropped, and again he has followed it up with some definitive mix collections.

“It’s about bringing a lot of different musical styles and binding them together through a common thread of the dub aesthetic,” said François recently in light of Deep Space’s 12th birthday celebrations. “We started the party with the thought that it should be a music lovers’ paradise and picked Monday night as a good time to do this because it would ensure that those who came would really want to be there. And it’s always been about freedom. I never feel constrained to play anything; there is no pressure to deliver something specific besides playing great and inspired music.

“We pretty much endeavour to make people feel a bit of a difference in attitude from the moment they get to the door,” he added. “It’s not about money or status or whatever other things some events seem to focus on. Rather it’s just trying to bring music lovers in that have an open mind. And to a large degree I believe we’ve succeeded in accomplishing this.”

The success of Deep Space, which was known for being one of the first US parties to start playing dubstep in around 2007, led to offshoots in Japan, as well as other places around the world. “[Deep Space] also led me to record with people such as Mutabaruka, and to start a sub-label imprint called Deep Space Media, which went on to release four Beat Pharmacy albums, as well as our own compilation. It definitely brought me very close to a lot of people we invited as guests, like Rhythm & Sound – we were the first to book them in NYC – Mala, Dimitri From Paris, Derrick May, Adrian Sherwood, King Britt, Theo Parrish, Scuba and countless others.”

Kevorkian playing in Dubai this weekend, then, is big news. The Analog Room crew is bringing the revered veteran to town to headline at their Finest Friday event, switching to Level 41 for the night. The DJ set from Kevorkian is sure to be one of the region’s finest of the year so far. For proof of his skills, you only need to check enduring mix compilation classics such as 2013’s Renaissance: The Masters’ Series, or 2008’s Masterpiece: Created By François K. Both stand as testament to his ability to blend the old with the new, and range from subtle minimal to massive main room house, but never lose focus of the underlying groove that has characterised everything François has done in his untouchable career.

Clubs
News
Nightlife
Things to do
EDITOR’S PICKS
Ain Dubai will open with fireworks, live music and a drone show
READ MORE
Incredible Aura SkyPool to open in Palm Tower this November
READ MORE
Brit Grand Slam hero Emma Raducanu confirmed for Mubadala Tennis
READ MORE
What’s On Nightlife Awards 2021: Here are the nominees...
READ MORE
MOST POPULAR
10 wine tasting experiences to look out for at the UAE Vine Festival
Nancy Ajram and Ragheb Alama are performing at Expo 2020 Dubai in November
Miami Beach-inspired luxury resort Th8 Palm is opening in November
Watch your next film under the stars as outdoor cinemas return to Dubai
This new ladies' night offers a free open bar every Tuesday
YOU SHOULD CHECK OUT
Our website uses cookies and other similar technologies to improve our site and your online experience. By continuing to use our website you consent to cookies being used. Read our privacy policy here.