What’s On has video and pics of Stereo Arcade, the latest addition to nightlife in Dubai. See the interior and find out what’s to come.

If you grew up in a pre-Xbox world, then you probably remember the original Nintendo or the Christmas that Sega Mega Drive came to the market. You’re also likely to recall blowing on the bottom of your Mario Brothers Gameboy cartridge when the screen pixelated and froze.

Flash-forward 20 (something) years and a trendy hybrid of bar-meets-arcadia has arrived in Dubai, and we went down there ahead of the official opening to check it out. 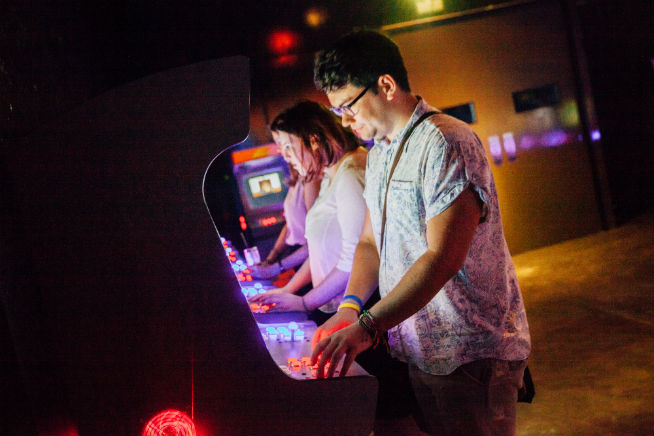 Located in the Hilton Double Tree hotel on JBR, Stereo Arcade is nothing short of a inexplicable love triangle between a neighbourhood bar, an 80s arcade and a trendy club. With an arcade in the middle (expect a rush of nostalgia if you’ve ever devoted hours to conquering Pacman, Mortal Combat or Street Fighter), a retro club on the left and a rock bar on the right, Stereo Arcade brings something very unique to Dubai.

Our pals at Hype recently spoke to owner Samer Hamadeh about what else we can expect from this unusual fusion.

What type of music should we expect?
Rock music in the bar and synth music in the arcade. And we’ll have ’80s, ’90s and ’00s music in the club with DJ Dean Curtis, the ex-resident of Republique, on Thursday nights, and MixFM Lebanon’s Rodge playing ’80s tunes on Friday nights. 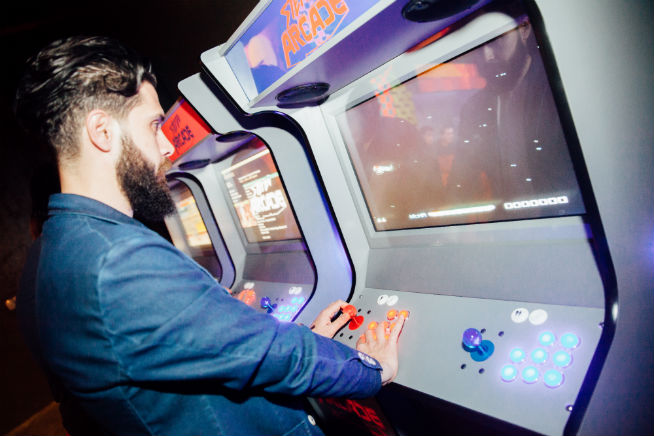 How will you be supporting the local music scene?
The only way possible – by giving local musicians a great venue to play at, minus the politics usually involved in Dubai nightlife.

What arcade games are in store for the people?
We have 12 custom machines hand-built in Bristol and shipped out here, loaded with all the classics from the ’80s and ’90s. We’ll have everything from Galaga and Robotron to Street Fighter II and NBA Jam. 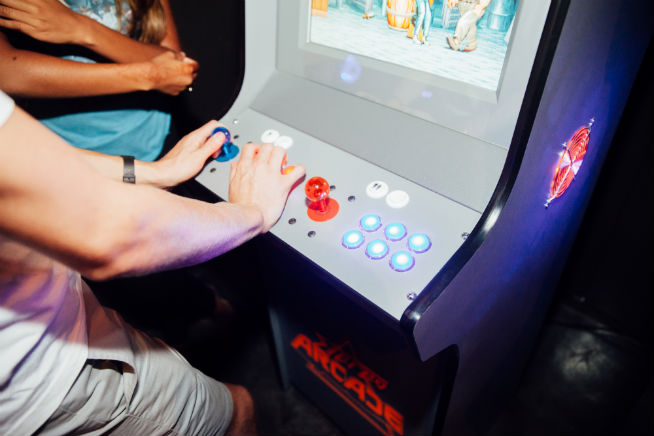 When can we come and check it out?
We plan to open in the next week – fingers crossed!

With local brews on tap and stripped-back décor, Stereo Arcade’s owners are keen to mark their territory in Dubai.

Check out the video

Bars
News
Nightlife
Things to do
EDITOR’S PICKS
13 Sheikh Hamdan-approved restaurants in Dubai
READ MORE
Dubai brunches temporarily banned in new preventative measures
READ MORE
12 upcoming Dubai mega-projects we can't wait for
READ MORE
16 of the best beach bars in Dubai for sundowners
READ MORE
MOST POPULAR
Breaking: Dubai extends preventative measures until mid-April 2021
Enjoy brunch, breakfast and a stay at Westin Abu Dhabi from Dhs432
Get a free gym class at this cool new Dubai gym
Pics of the week: Your best photos of the UAE
Emirates Airlines and DHA to implement digital verification of traveller medical records
YOU SHOULD CHECK OUT
Our website uses cookies and other similar technologies to improve our site and your online experience. By continuing to use our website you consent to cookies being used. Read our privacy policy here.