What’s On has an interview with star of ‘What we do in the shadows’, Jonathan Brugh. Plus, screening info at The Scene Club, May 26 and 27.


Fans of the vampire movie genre are in for a shock this week at The Scene Club when they watch multi-award winning movie What We Do In The Shadows.

While the world is generally in agreement that the vampire genre has been pretty much exhausted, the film – a mockumentary about a group of vampires sharing an apartment in New Zealand – gets back to vampire basics while also being a loving spoof of the entire concept.

What’s On chatted to one of the leading actors, Jonathan Brugh ahead of the film screening to find out about the inspiration for the film, his favourite scenes, and a potential sequel. 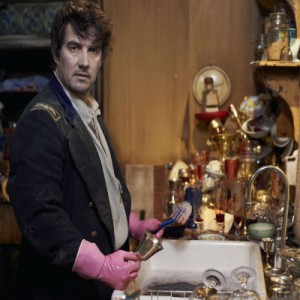 What was the original inspiration for the movie? When we were all skinny, young, starving comedians, Taika Waititi and Jemaine Clement had a couple of vampire characters in mind. They would tell vampire jokes and try to get any virgins in the crowd to meet them after the show. I  guess that was the origin.

Then in 2007 I went round to Taika’s house to shoot a short documentary called Some interviews with some vampires. We stayed up all night and we lounged around in silly costumes talking about what it’s like to be a vampire and generally trying to explain myths about being vampires. It was a huge hit. We all said that one day we would make it into a feature.

How tightly scripted was the film? For the entire shoot I was strictly kept in the dark about every facet of the story. I knew my character, Deacon, and I knew his energy and his fashion sense because those elements were me at heart. But as we shot, I would walk onto set not knowing what would happen. I would then just go with what sprang to mind. In some scenes you can see me just listening to Jemain and Taika wondering what was going on.

Are you surprised by its popularity? Why do you think it’s been so well received? I am not surprised by how popular it is. The playful nature of comic vampires was always going to feel fresh because most vampire films are so desperately serious and baroque. The vampire genre was crying out for a good comic slapping. It’s the lovely way the dramatic seriousness is undercut by bland kiwi attitudes.

Has the response been different between the New Zealand audience and the international audience that you’ve shown it to? It’s been much the same all over the world so far. I’m about to visit Los Angeles so I’ll know more about how the fans feel there on a more personal level. Kiwi’s are quite dry people compared to Americans.

If you were really a vampire, which one are you most like? I would be Deacon, of course. 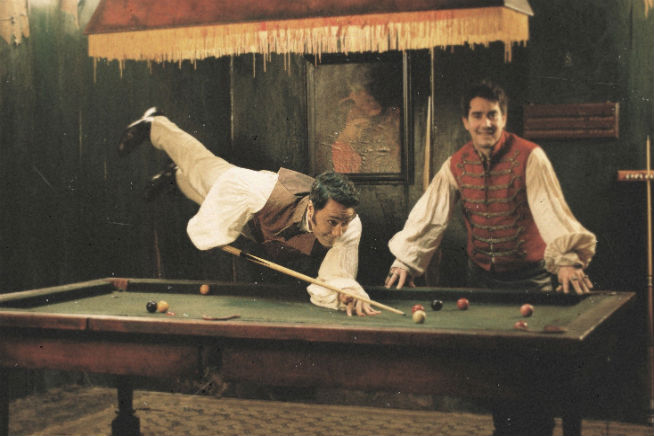 Who do you think would be your character’s dream dinner date – to literally have for dinner? Pj Harvey.

What’s your favourite bit in the movie? My favourite scene is the fight scene in the hall with Nick and I say, “get up and stand on the ceiling like a man.”

Any news of a sequel? I think it would be a very good idea. Perhaps a road movie? Actually crates of dirt on a ship are not so interesting so we would have to break out and fight to survive.

Jonathan Brugh will be attending both screenings in Dubai on May 26 and 27. Films are announced at short notice so join the mailing list at sceneclub.com for updates. Screenings are free, but advance online booking is advisable.

News
EDITOR’S PICKS
UAE holiday dates announced for Eid Al Adha
READ MORE
Another update: Emirates extends suspension of flights from India to UAE
READ MORE
Coming soon: Everything we know about Ain Dubai so far
READ MORE
Khorfakkan set to open new tourist attraction 580 metres above sea level
READ MORE
MOST POPULAR
It's Dhs350 to brunch, stay and play at the What's On Lock In this weekend
Win! A one-night stay at W Abu Dhabi – Yas Island
Win! Brunch for four at Hoi An
Win! Vouchers to spend at Jumbo worth Dhs3,000
Galaxy Bar is launching a new cocktail menu that's out of this world
5 places to indulge on International Cheesecake Day in Dubai
YOU SHOULD CHECK OUT
Our website uses cookies and other similar technologies to improve our site and your online experience. By continuing to use our website you consent to cookies being used. Read our privacy policy here.