Disney On Ice presents Princesses and Heroes - meet the cast

What’s On meets the cast of Disney On Ice in Dubai. Plus, win tickets to the Princesses and Heroes show taking place June 10 to 14, DWTC.

More…
– WIN: A family pass to Disney On Ice
– Where to ice skate

If you already know every word of Let It Go, chances are this month’s ice-based extravaganza hasn’t gone unnoticed in your household. But while Disney On Ice: Princesses And Heroes might be firmly aimed at the younger of Dubai residents, we’re reliably assured its spectacular staging and jaw-dropping stunts will keep parents enthralled too. What’s On caught up with the cast to find out what they’ve got in store. 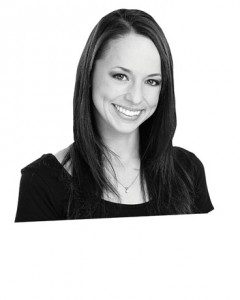 What’s the best part of touring? Getting to experience so many different cultures and meet so many people. It’s a really great learning experience.

And the worst? There are not a lot of bad things I can say, though the hardest is being away from family, especially around the holidays. Having my ‘tour family’ with me is really helpful.

What’s your career been like so far as a skater? I’ve loved every minute of it and feel so blessed to be doing something that not only brings so much joy to others, but that also brings joy to myself.

Do you have a pre-show routine? I warm up, put on my make-up, lace up my skates and get out on the ice. 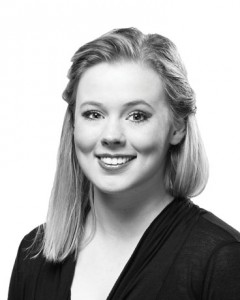 What’s your favourite Disney movie? The Lion King and, of course, Frozen.

What do you think is the show’s highlight? Princesses And Heroes is a show with so much to offer for so many demographics. I think a big highlight is going to be the new Frozen segment, which gives fans an opportunity to see Anna, Elsa and Olaf live and in action.

What’s your career been like so far as a skater? It’s been a whirlwind for sure. This is my first year travelling with Disney On Ice and I couldn’t have asked for a better way to start off my professional skating career.

Do you have a pre-show routine? Well, I have a superstition where I like to put my left skate on first, then my right. Small superstitions are common among skaters. 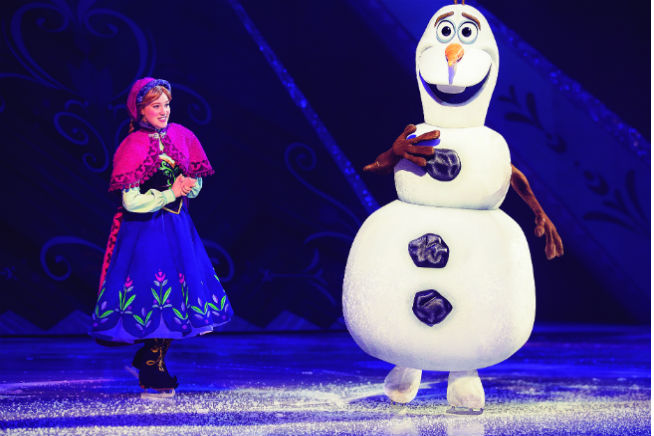 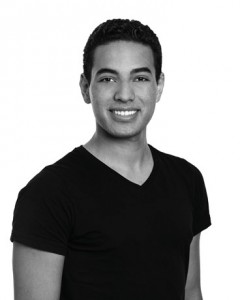 The character: Prince Naveen, The Princess And The Frog
Nationality: Brazilian

Is there anything you dislike about touring? I think one bad side is the lack of a kitchen. After touring, let me tell you, everyone values a home-cooked meal a lot more.

What’s your favourite Disney movie? The Princess And The Frog. It sends such a strong message about hard work and perseverance. Sometimes I look at my life and agree with its message that, with a lot of hard work, dreams really do come true.

What do you think is the show’s highlight? For the boys there’s an extensive Aladdin section, a fire-breathing dragon, and an acrobatic number that will have everyone on the edge of their seats. For the girls we have the most Disney princesses in one show. And let’s not forget our Frozen segment. 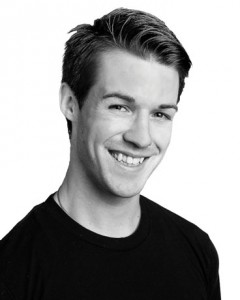 What’s your career been like so far as a skater? I competed until 2007 and was part of the Canadian Junior National team before I moved on to skating with Disney On Ice. I’ve been travelling the world for six years already.

What do you think is the show’s highlight? The acrobatic act on ice, the fire-breathing dragon and the new Frozen segment.

Do you have a pre-show routine? I just like to have a good warm-up so my body feels ready to perform, then I like to do lifts with my partner to make sure that we are ready for our routine.

* Organisers of Disney on Ice presents Princesses and Heroes have announced an additional after-school special matinee performance on Sunday, June 14, at 3.30pm.

Indoor
News
Sport & Fitness
Things to do
EDITOR’S PICKS
What’s On Nightlife Awards 2021: Here are the nominees...
READ MORE
It's back! What's On Lock In returns to Media One Hotel
READ MORE
Arts and culture: 5 spots we can't wait to visit at Expo 2020 Dubai
READ MORE
UAE petrol prices are set to decrease in September 2021
READ MORE
MOST POPULAR
Exclusive: A huge floating nightclub is opening in Dubai this October
6 sweet things to do in Abu Dhabi this week: Sep 26 to 29
Play in an Oktoberfest-themed golf tournament in Dubai this October
Why OPA's entertainment is unlike anywhere in Dubai
Soho Garden set to open second venue on Palm Jumeirah this winter
YOU SHOULD CHECK OUT
Our website uses cookies and other similar technologies to improve our site and your online experience. By continuing to use our website you consent to cookies being used. Read our privacy policy here.