Back off! Dubai Police reveal new laws on tailgating

What’s On has details of new radars in Dubai to start catching tailgaters from July. Those caught tailgating by Dubai Police will be fined.

It’s a well-known problem that there are only two speeds on Dubai’s roads: too fast and stationary, with tailgating being one of the city’s worst problems.

All this should change next month. 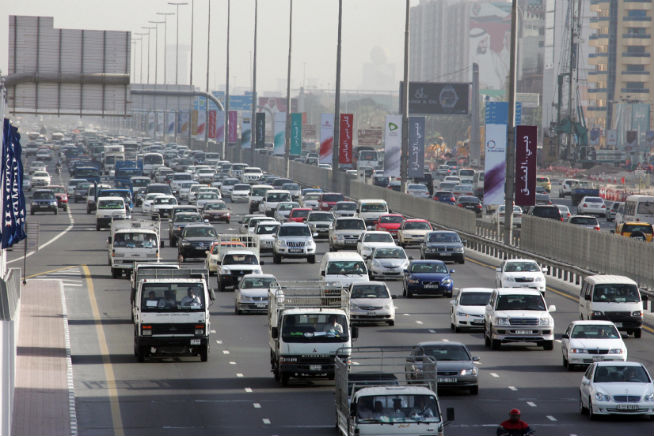 Dubai motorists are welcoming the announcement of new driving laws that will clamp down on tailgating.

The new laws specifically target those who are driving inconsiderately towards their fellow drivers by driving too close to a vehicle in front, and at a distance which may lead to a collision.

These new traffic radars that can detect and fine motorists for tailgating offences will become operational on July 1. They will also be equipped with a camera to capture violating cars, to help produce visual evidence of violators.

Major General Mohammed Al Zafeen, assistant commander general for Dubai Police said the system would reduce traffic accidents and fatalities by penalising motorists who fail to observe a safe distance between themselves and other vehicles.

Motorists must keep five metres between their vehicle and car in front while driving at 80kp/h or more, he adeed.

He urged all motorists to strictly observe a safe distance between vehicles to ensure their own safety and the safety of others, and to create an accident-free traffic environment.

Drivers found tailgating are fined Dhs400 and get four black points on their licence.