Gordon Ramsay to open new restaurant at Atlantis, The Palm

What’s On reveals details about a new restaurant headed by British celebrity chef Gordon Ramsay at Atlantis, The Palm.

The UAE was abuzz with anticipation after a video of British celebrity chef Gordon Ramsay was posted on his instagram account saying that he was on his way to Dubai.

A brief three-second clip posted online last week by Gordon Ramsay saying, ‘Dubai, I’m coming for you,’ has set tongues wagging across the emirate, as social media blew up in true internet fashion with speculation as to what it all meant.

And the answer is…… #Dubai @gordonramsaygroup

Having heard the rumours What’s On contacted our well-placed foodie spies, who revealed the potty-mouthed chef plans to open his Bread Street Kitchen in Atlantis, The Palm, joining the likes of Nobu, Seafire and Ossiano.

‘I am incredibly excited to open Bread Street Kitchen in Atlantis, The Palm,’ said Ramsay. ‘The expertise of the team at Atlantis make them ideal partners and I’ll be working closely with them to deliver a dining experience of the highest standards and one that reflects the ethos of its sister restaurant in St Paul’s London’.

Ramsay’s last restaurant in Dubai – and first venture outside of the UK – was the award-winning Verre restaurant at the Hilton Dubai Creek, Deira. Opened over 14 years ago (and then taken over by his protégés Scott Price and Nick Alvisand in 2011), Verre was one of the first fine dining restaurants in Dubai to come with a Michelin-star chef at the helm.

Ramsay’s reputation built upon his goal of culinary perfection is no laughing matter, with a whopping 14 combined Michelin stars worldwide. His first wholly-owned and namesake restaurant, Restaurant Gordon Ramsay, was quickly awarded the culinary world’s most highly regarded and prestigious accolade, three Michelin stars. Restaurant Gordon Ramsay is also London’s longest-running restaurant to maintain such an achievement, making him one of only four chefs in the UK to maintain three stars. 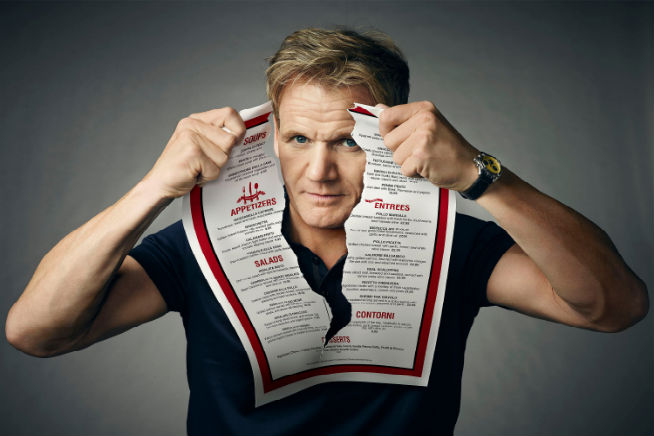 He has often been considered as one of the greatest chefs in the world, somehow managing to maintain that position between writing books and filming the TV shows we all know and love.

However it seems the heat of Hell’s Kitchen wasn’t enough for this chef, whose return to Dubai will be undeniably well accepted by lovers of good food.

The wait is over! We’re very excited to reveal that @GordonGram’s #BreadStreetKitchen will open its doors this Fall at Atlantis, The Palm!! @theatlantislife

Eat & Drink
News
EDITOR’S PICKS
Covid-19 rules in Dubai: all the updates you need to be aware of
READ MORE
9 royal-approved Dubai restaurants
READ MORE
16 of the best beach bars in Dubai for sundowners
READ MORE
Where to get the Covid-19 vaccine in Dubai, Abu Dhabi and across the UAE
READ MORE
MOST POPULAR
6 of the very best breakfast deals in Dubai
6 super things to do in Dubai this week: January 24 to 27
CZN Burak is opening a burger joint in Dubai
The highest outdoor lounge in Abu Dhabi, AT25 is relaunching this week
Bombay Borough will take you on a culinary journey across India
YOU SHOULD CHECK OUT
Our website uses cookies and other similar technologies to improve our site and your online experience. By continuing to use our website you consent to cookies being used. Read our privacy policy here.