What’s On pals Hype gives an overview of Mathew Jonson ahead of his gig in Dubai. He plays at the last Plus Minus party of the season.

Dance music production tools and techniques have become something of a selling point in 2015. After years of everyone ditching hardware in favour of shiny new computer interfaces like Ableton, there is now something of a reverse motion in action: hoards of producers old and new are all jumping out of the box and back into the real world, the world of physical tools, real synthesisers, dusty old drum machines and plenty of weird and wonderful bits of gear in between.

As such, new releases come with assertions that they are “all hardware jams” with an “authentic analogue edge”. And that’s fine, but the fact is that the tools don’t really matter, and never will. What will always be most important to anyone DJing or dancing is the music itself. Canadian electronic veteran Mathew Jonson knows this, and would never shout about what kit he used to make his latest release, but the fact is he is an original hardware freak and always has been. Not only is he master of his hugely impressive studio, but so too is he one of very few genuinely live acts that can go on stage and lay down impromptu jams using only synthesisers and drum machines. 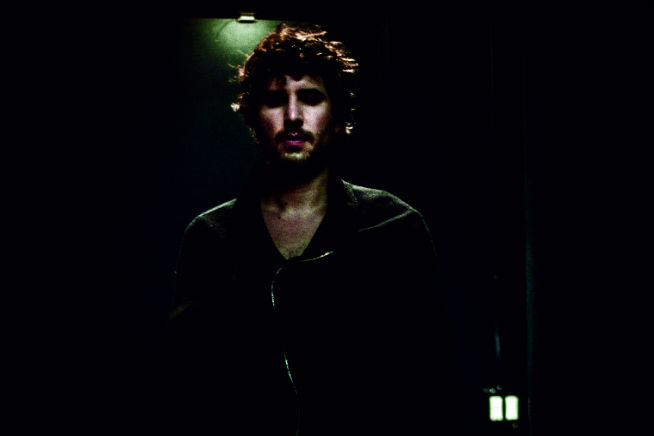 “Up until about the last year or so, affordable digital technology has not been advanced enough to compete with analogue equipment,” Jonson’s explained before. “So this is why I’ve worked this way in the studio and on stage. The sound quality is one thing, but also the interface and response of the equipment is important to me.”

Thanks to his father’s work with sound technology, Jonson first got his hands on real synthesisers at the age of just nine. It’s said that by the time he discovered hip-hop as a young teen, he was recreating its electro-based beats on his own rudimentary set-up at home. Since then, he has never stopped tinkering, but it was a key meeting with local DJs Tyger Dhula, Danuel Tate and Colin de la Plante that really set his career in motion, because together they went on to become the widely acclaimed Modern Deep Left Quartet (known as Cobblestone Jazz since Colin’s departure).

That outfit has played live around the world and has released countless standout EPs and LPs on Jonson’s own Wagon Repair label. They combine mind bending electronics with formal music training and the result is fluid, loose limbed soundtracks that are as close to on-the-fly dance music as possible. “It was all improvised,” Jonson says of the group’s early days. “We never really worked in the studio, we would just meet at the nightclub and jam. That’s how it started.”

At the same time, Jonson was focussing on his own solo sounds more and more and in 2001 released his first ever EP. It was an immediately captivating, classically informed bit of minimal techno that set off a career that has since produced many highs. Chief amongst them is his classic Wagon Repair release Marionette, which more than a decade later still stands as one of the finest ever minimal techno tracks thanks to its movingly melancholic synth patterns and absorbing, supple grooves: if anyone ever says to you that dance music has no soul or true musicianship to it, play them this track and they will surely change their mind.

Far from being defined by that one admittedly epic track though, Jonson has gone on to release on labels like Perlon, Kompakt Xtra, M_nus and Crosstown Rebels, and never does the same trick twice. Albums like 2010’s Agents Of Time was dark and moody, with
plenty of rugged grooves and dreamscape-like soundtracks in which to get lost, whilst 2013’s Her Blurry Pictures was more a collection of cuts that each offered something different. Still, they all championed Jonson’s singular style and retained plenty of meandering melodies, distant jazz flourishes and shades of modern classical composition.

Always intelligent and well crafted, Jonson’s sounds have taken him all over the world, most often as a live act. “Live shows are always hit and miss, and that is the whole point of it… it’s exciting!” he says. “You can feel the energy between musicians, or if it’s a solo act, you can really hear the energy from the artist if they’re making things up as they go along. It takes a lot of energy, though, so it’s always good to play a few things that are more prepared in addition to all the improvising. The balance between training and daily practice, pre-show preparation, and knowing the equipment you have with you, allows the artist to have the freedom and confidence they need to improvise once they hit the stage.”

On the eve of releasing a special new track on The Loveland 20 Year Anniversary Collection, Jonson comes to the region to play at Plus Minus Sessions’ season closing party. And, as he has proved over the last 15 years, he’s sure to be nothing less than masterful.

Clubs
News
Nightlife
Things to do
EDITOR’S PICKS
What’s On Nightlife Awards 2021: Here are the nominees...
READ MORE
It's back! What's On Lock In returns to Media One Hotel
READ MORE
Arts and culture: 5 spots we can't wait to visit at Expo 2020 Dubai
READ MORE
UAE petrol prices are set to decrease in September 2021
READ MORE
MOST POPULAR
Exclusive: A huge floating nightclub is opening in Dubai this October
6 sweet things to do in Abu Dhabi this week: Sep 26 to 29
Play in an Oktoberfest-themed golf tournament in Dubai this October
Why OPA's entertainment is unlike anywhere in Dubai
Soho Garden set to open second venue on Palm Jumeirah this winter
YOU SHOULD CHECK OUT
Our website uses cookies and other similar technologies to improve our site and your online experience. By continuing to use our website you consent to cookies being used. Read our privacy policy here.