What’s On has details of a new netball tournament at the 2015 Dubai Rugby Sevens event at the Sevens Stadium from December 3 to 5.

Get ready for some serious sporting action on and off the rugby pitch for this year’s Dubai Rugby Sevens installment with the announcement of a new netball twist.

For the first time ever, The Emirates Airline Dubai Rugby Sevens will also feature an netball tournament inviting teams from the UAE and beyond to take part in this popular women’s Commonwealth sport.

The three-day annual sporting extravaganza, being held this year from December 3 to 5, is now in its 46th year and draws the world’s best players competing for honours in the Men’s and Women’s Sevens World Series, as well as over three thousand players in 250 teams in the Invitation Tournament. 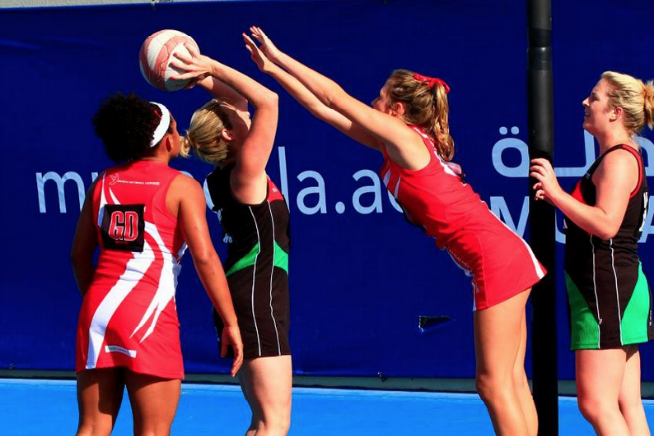 As well as the rugby on offer, sports fans will now also get to see 16 teams playing for the inaugural netball trophy.

“The Emirates Airline Dubai Rugby Sevens is not just about the rugby, although of course that is the centrepiece of this iconic event, ” said Gary Chapman, president group services and dnata, Emirates Group.

“This event is significant in that it showcases Dubai, and brings the city together like no other event on the sporting calendar. The addition of the netball tournament will increase the appeal and reach of the event even further.

“We are pleased to announce the inclusion of an invitation netball tournament which we believe is an important step in providing even more opportunities for involvement in this event.”

Applications for teams to enter the netball tournament will be announced soon at dubairugby7s.com

Outdoor
Sport & Fitness
EDITOR’S PICKS
Here's the full list of UAE public holidays in 2023
READ MORE
23 incredible things to look forward to in the UAE in 2023
READ MORE
Hidden gems: 10 UAE desert pop-ups to discover this winter
READ MORE
Where to travel in 2023: 10 new flight routes from the UAE
READ MORE
MOST POPULAR
Pics of the week: Your best photos of the UAE
Dhow & Anchor has got you covered every day of the week
RTA: All the road closures you need to be aware about
Review: The Nice Guy Dubai
Masha and the Bear is coming to Abu Dhabi this April
YOU SHOULD CHECK OUT
Our website uses cookies and other similar technologies to improve our site and your online experience. By continuing to use our website you consent to cookies being used. Read our privacy policy here.