What’s On lists the restaurants and cafes open during the daylight hours of Ramadan, as well as rules for Ramadan in Abu Dhabi.

This sophisticated European bistro will be open throughout the month of Ramadan. The menu is varied and includes items such as seafood chowder, lamb shank pies and T-bone steaks. Be sure to try the lentil salad topped with burrata cheese.

If you fancy a pub lunch, the Park Rotana’s watering hole Cooper’s will be open during the day throughout Ramadan. You’ll find pulled beef tacos and fish fingers on the bar bites menu at this What’s On Awards winner, plus combo platters, a selection of vegetarian dishes and mains such as shepherd’s pie, grilled lamb burger and bangers and mash.

Abu Dhabi’s cultural district is also home to this café, and it’ll be serving its diverse menu (the organic stewed salmon made it into our list of best dishes for 2014) throughout the day over the next two months. It’s also a good spot to pick up quirky dark chocolates and hipster coffee beans.

A European-influenced café at the recently opened Marriott down by the World Trade Center, Fifth Street is open during the day over Ramadan and serves a big selection of breakfasts, such as quinoa porridge, plus salads, burgers and mains including meatballs.

Located in Masdar City, this recently opened restaurant will be serving food throughout the day. The menu includes burgers, beef ribs and fish tacos. To find out more, be sure to read our review of the place in our July issue.

The Australian chain of upmarket cafés has four branches in Abu Dhabi and they will all be serving food during the day throughout June and July.

This smart café chain will be serving during the day over Ramadan and offering a three-course set menu. On it you’ll find calamari with courgette and harissa mayonnaise, chicken, haloumi and spring onion pakora salad, sumac-rubbed salmon fillet and slow-braised lamb shoulder with chickpeas and aubergine. It’ll set you back Dhs125. 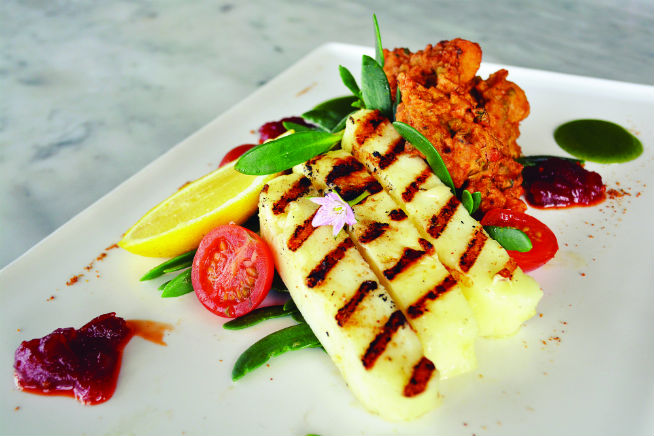 If you find yourself in Masdar City at lunchtime, this new restaurant is serving up a selection of traditional Arabic and Italian cuisine. Expect mixed grills, hummus, pastas and risotto. There’s also a special iftar buffet from 7pm onwards that will feature a changing menu and costs a bargain Dhs68 per person.

It might be more known for its grilled chicken, but Nando’s is open during the day and serving a special platter during Ramadan – and all proceeds from it will go to charity. The Dhs36 Altogether Platter consists of mixed olives, vegetable dip, hummus, and pitta bread. Dubai Cares, which works to improve children’s access education in developing countries, is the outlet’s chosen charity this year. 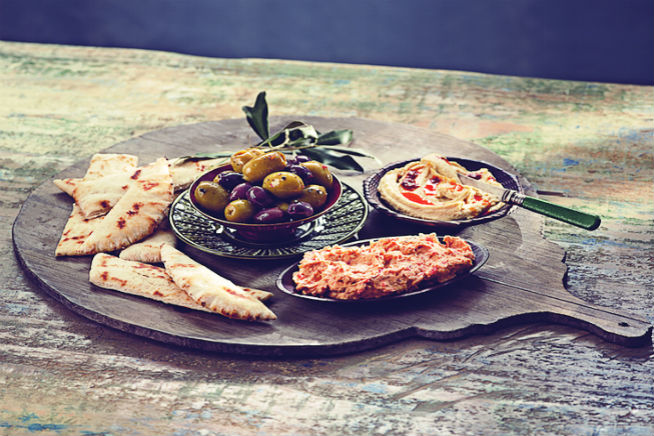 The health conscious Afghan-American café will be open as usual for dine-in customers. In addition, the restaurant will be hosting a special iftar buffet from 6pm to 9pm daily, costing Dhs150 per person or Dhs75 for kids. If you visit during suhour time (9pm to 11pm), check out their Ramadan menu including Afghani favourites mantoo dumplings, potato bolani and mini sandwiches.

It might be a bit too hot to sit outside for long at Saadiyat Beach Club this summer, but if you’re in the neighbourhood and fancy a spot of lunch with some tidy beach views, then the club’s Mediterranean outlet will be serving food during the day. The menu features healthy dishes such as beetroot-flavoured quinoa with shrimps. 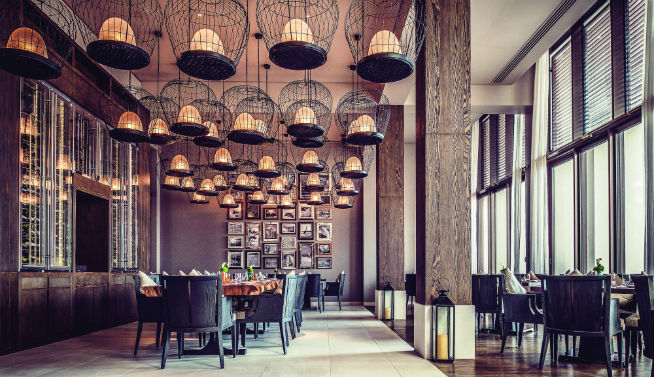 Le Royal Méridien’s café will be open for breakfast and lunch during the Holy Month, offering dishes such as blueberry bircher muesli and banana bread with Nutella for breakfast, sarnies including an Ortiz tuna nicoise baguette and a wagyu beef burger with Dunlop cheddar.

The What’s On Award winning Japanese restaurant will be serving it’s a la carte menu throughout the day.

Some of Abu Dhabi’s eateries won’t be open for table service during Ramadan, but they can deliver lunch to you. If you fancy Indian food, cheap as chips Chhappan Bhog is delivering thalis (02 6503666). If you want to order some Japanese food, Sushi Art on Al Maryah Island (800 220) will also be sending out its nigiri on mopeds. Other outlets open for delivery on Al Maryah Island include the What’s On Award winning Indian restaurant, Biryani Pot (02 6766555). For café orders call up Leopolds of London (02 6655214) or Emporio Armani Caffe (02 6766995). And for a hankering for global cuisines, you can build your own Mexican meal over the phone at Taqado (02 6770700), nosh on some Italian with Carluccio’s (02 4182488) and eat Moroccan food with Almaz by Momo (02 6767702). For more Japanese seafood (and green tea cakes) from cool café Mikado Café, which will also be delivering (02 6677557), while French bakery Pascal Tepper is sending out breakfast and lunch (02 4444762). If you are watching your weight, What’s On Awards winner BiteRite Restro Cafe will deliver to your home or office during the day throughout June and July as well (02 6411660).