Get ready to rock out this autumn as legendary American rockers Bon Jovi are bringing their heavyweight hits to the UAE as part of their world tour.

The Grammy award winners will shake up the stage at the du Arena on Yas Island on October 1, 2015.

The band, formed in the early ’80s, released their self-titled debut in 1984 and are known for monster hits such as Livin’ On A Prayer, You Give Love A Bad Name, Always, It’s My Life and I’ll Be There For You. 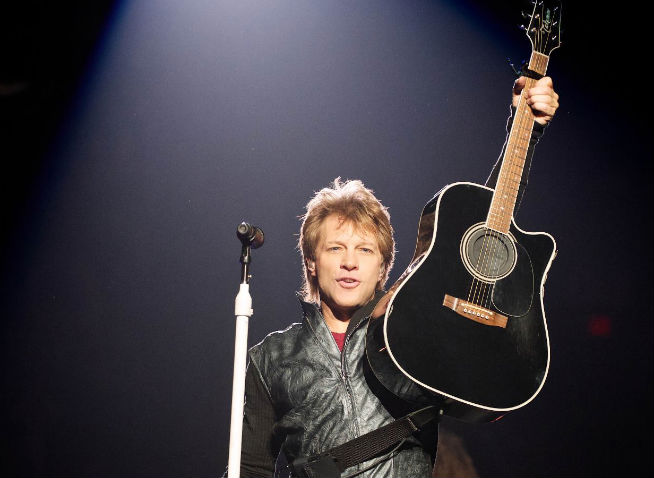 Commenting on the recent gig announcement, Job Bon Jovi is looking forward to returning to our shores: ‘We’ve toured around the world since 2008 and are excited to reunite with our UAE fans again!’

The New Jersey rockers last performed in Abu Dhabi back in 2008 at the Emirates Palace Hotel in Abu Dhabi.

Tickets go on sale to the general public on Wednesday June 10 at noon at ticketmaster.ae and all Virgin Megastores across the UAE.

News
Nightlife
EDITOR’S PICKS
Ramadan in Dubai: 40 iftars to try
READ MORE
Where can Dubai residents travel? Check out these 14 destinations
READ MORE
Rumours, facts and reveals: New Abu Dhabi bars and restaurants
READ MORE
UAE announces reduced working hours for Ramadan 2021
READ MORE
MOST POPULAR
3 mega-venues opening in Dubai that you need on your radar
6 fun things to do in Abu Dhabi this week: April 18 to 21
Book an unforgettable escape to Mӧvenpick Resort Kuredhivaru Maldives
Review: Is Lucky Fish worth its salt at West Beach?
Not in the office? The best cafes and restaurants to work from in Dubai
YOU SHOULD CHECK OUT
Our website uses cookies and other similar technologies to improve our site and your online experience. By continuing to use our website you consent to cookies being used. Read our privacy policy here.